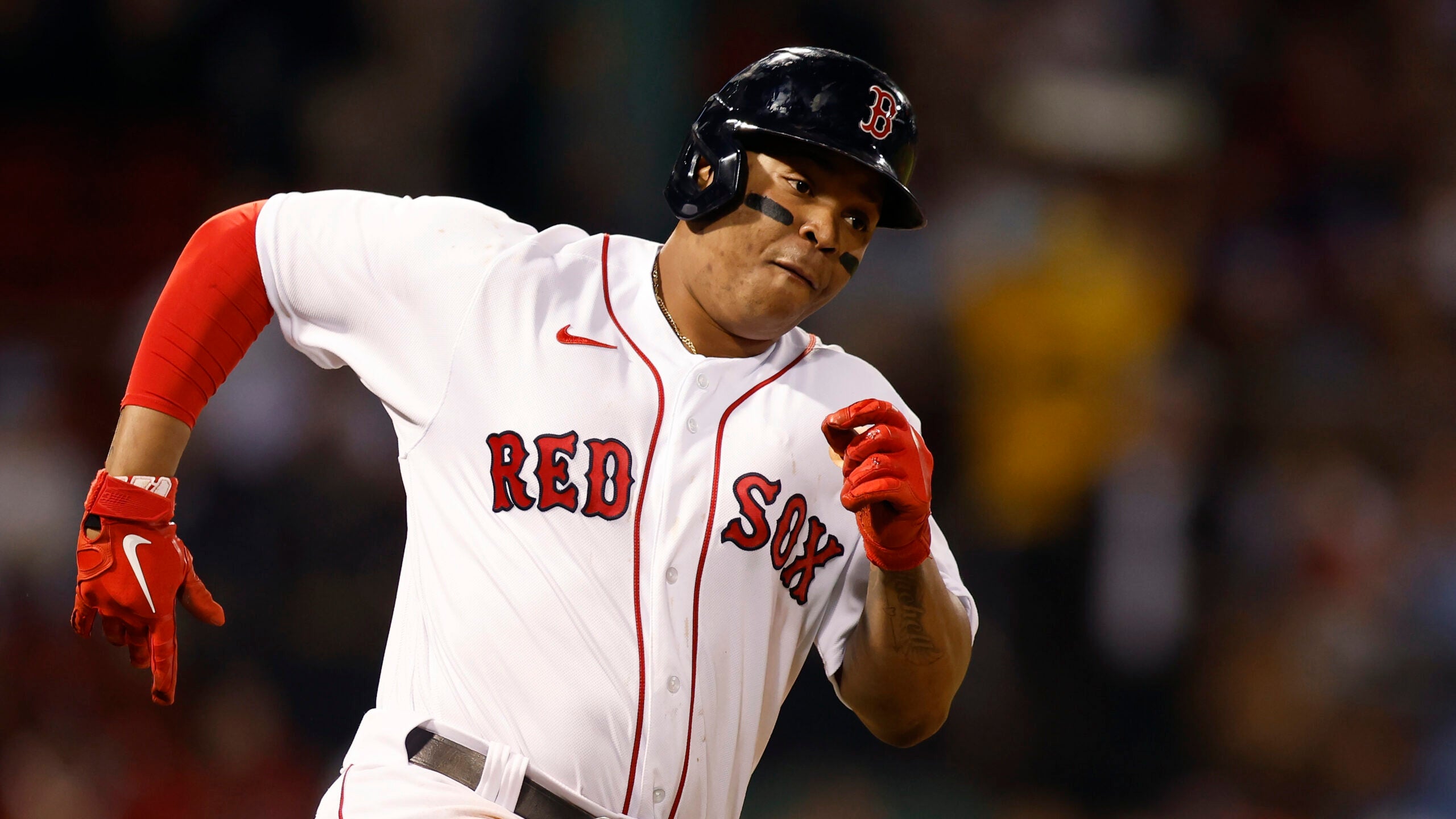 Despite having the best statistical season of any Red Sox player in 2022, Rafael Devers is unimpressed with his performance.

“I’m not very happy with my season overall,” Devers told reporters on Monday via translator Carlos Villoria Benítez. “I think I can give much more than that. I think I can improve those numbers. I don’t really like to get injured and that’s something that happened this year. I’m not that guy. So the second half is not the second half I expected to have. So I think I can improve a lot — those numbers that I have this year. And that’s something I’m going to work on for next year.”

With two games remaining (Tuesday and Wednesday against the Rays at Fenway Parl), Devers is hitting .296 with 27 home runs and an .882 OPS.

Still, as the 25-year-old noted, individual accomplishment ultimately doesn’t interest him as much as that of the team.

Devers helped Boston reach the American League Championship Series a year ago (on top of contributing to a World Series win earlier in his career in 2018). In 2022, however, Boston was unable to avoid a last placed finish, posting a winning record in just one month this season (June).

Hoping to beat the tourist crowd on your trip to Japan? That ship has sailed