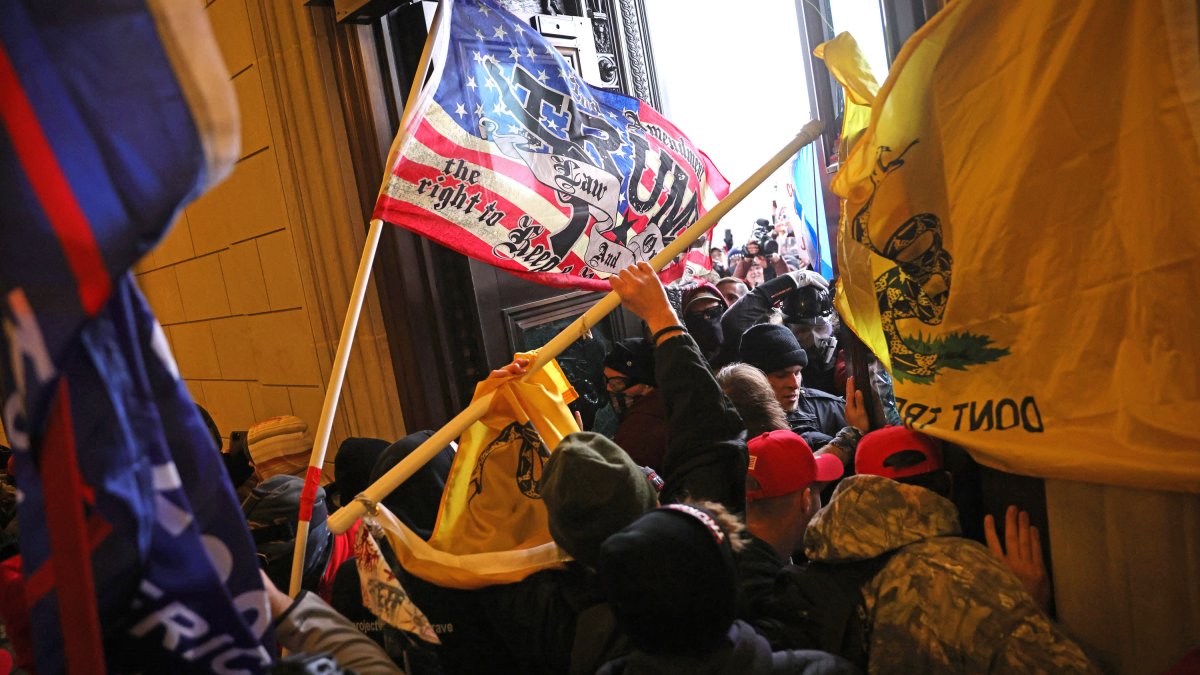 As President Joe Biden and members of Congress are set to mark the first anniversary of the U.S. Capitol insurrection with a speech and events, rallies planned throughout the tri-state area to highlight the need for unity and democracy.

One of the vigils will be held at Carl Schurz Park in Manhattan. Organizers say the message for the rally is to defend democracy and remember the deadly Jan. 6 siege by hundreds of Donald Trump’s supporters who violently pushed past police, used their fists and flags to break through the windows of the Capitol and interrupted the certification of Biden’s electoral victory.

Thursday’s events aren’t just focused on what happened a year ago but they’re also aimed at protecting Americans’ voting rights in the future.

The aftermath of Jan. 6 hangs heavy over snow-covered Capitol Hill, in the relationships that deepened between lawmakers who feared for their lives that day. NBC New York’s Adam Kuperstein reports.

The insurrectionists, many of whom traveled from the tri-state area, believed Trump’s claims of widespread election fraud. However, those claims have been rejected by the courts and refuted by his own Justice Department.

New York Sen. Chuck Schumer was among the lawmakers who were at the Capitol during the attack. He says it was a day he’ll never forget, and it’s still something he thinks about every single day.

“I come back to the Capitol now, I still feel that tingle,” the Senate Majority Leader told News 4.

But while vigils are scheduled to take place on the Capitol steps and across the country on the anniversary of the day Schumer says will “live in infamy,” more than 100 ceremonies are also planned in support of the rioters who have been arrested.

According to an ABC/Ipsos poll released Sunday, the majority of Americans condemned the attack and at least partially blamed Trump. However, 52% of Republicans who were polled said they believed rioters were “protecting democracy.”

When asked about what that says about the state of the United States, Sen. Schumer said that too many voters believed “a big lie perpetrated by Donald Trump.”

“When he encouraged people to march on the Capitol and to many of them, he encouraged them to use violence. We’ve never seen a president do that before,” Schumer said. “The idea that we should not follow the results of an election, that’s not a democracy. That’s dictatorship.”

Meanwhile, investigations into the attack continue by the Jan. 6 House Committee and the FBI who said 700 people have been arrested so far, some thanks to tips from the public.

One year has passed since supporters of former President Donald Trump stormed the U.S. Capitol during the certification of Electoral College votes. NBCLX Political Editor Noah Pransky brings you a timeline of the day and the aftermath.