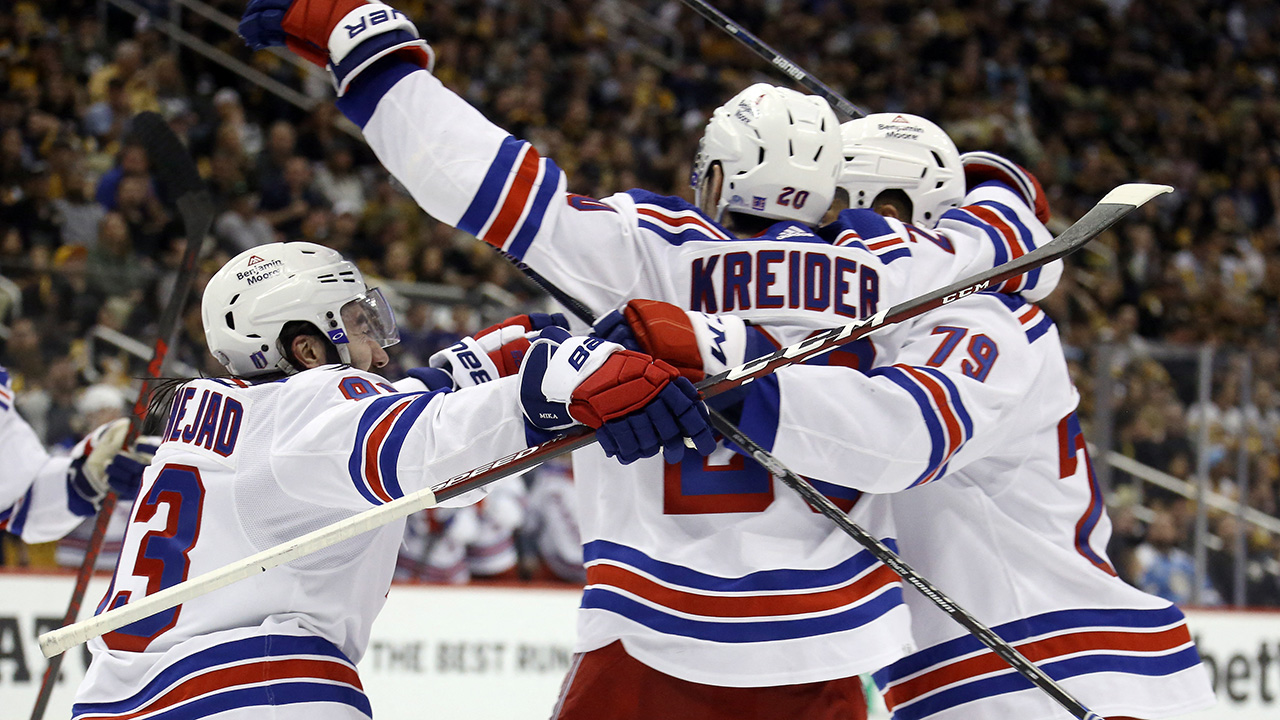 Chris Kreider’s long slap shot bounced over Louis Domingue and into the net with 1:28 left and the New York Rangers beat the Pittsburgh Penguins 5-3 on Friday night to push their thrilling first-round series to a deciding Game 7.

Kreider’s second of the game and fourth of the playoffs sent the series back to New York. Andrew Copp added an empty netter for good measure in the waning seconds. Game 7 is Sunday at Madison Square Garden.

Mike Zibanejad had two goals and two assists and Adam Fox had four assists. Igor Shesterkin stopped 31 shots to win at PPG Paints Arena for the first time this series after getting chased by Pittsburgh in Games 3 and 4.

PENGUINS STAR SIDNEY CROSBY RULED OUT OF GAME 6 AGAINST RANGERS

Bryan Rust, Evgeni Malkin and Jeff Carter scored for Pittsburgh. Domingue, who has become a local folk hero while filling in for injured Tristan Jarry and Casey DeSmith, made 33 saves but couldn’t get a handle on Kreider’s shot, which seemed to hit him high then popped up into the air and behind him before rolling into the net.

May 13, 2022; Pittsburgh, Pennsylvania, USA;  Pittsburgh Penguins goaltender Louis Domingue (70) makes a save against the New York Rangers during the third period in game six of the first round of the 2022 Stanley Cup Playoffs at PPG Paints Arena. The Rangers won 5-3.  Mandatory Credit: Charles LeClaire-USA TODAY Sports
( Charles LeClaire-USA TODAY Sports)

Pittsburgh played without captain Sidney Crosby, who sat out while dealing with an upper-body injury. His status going forward is uncertain.