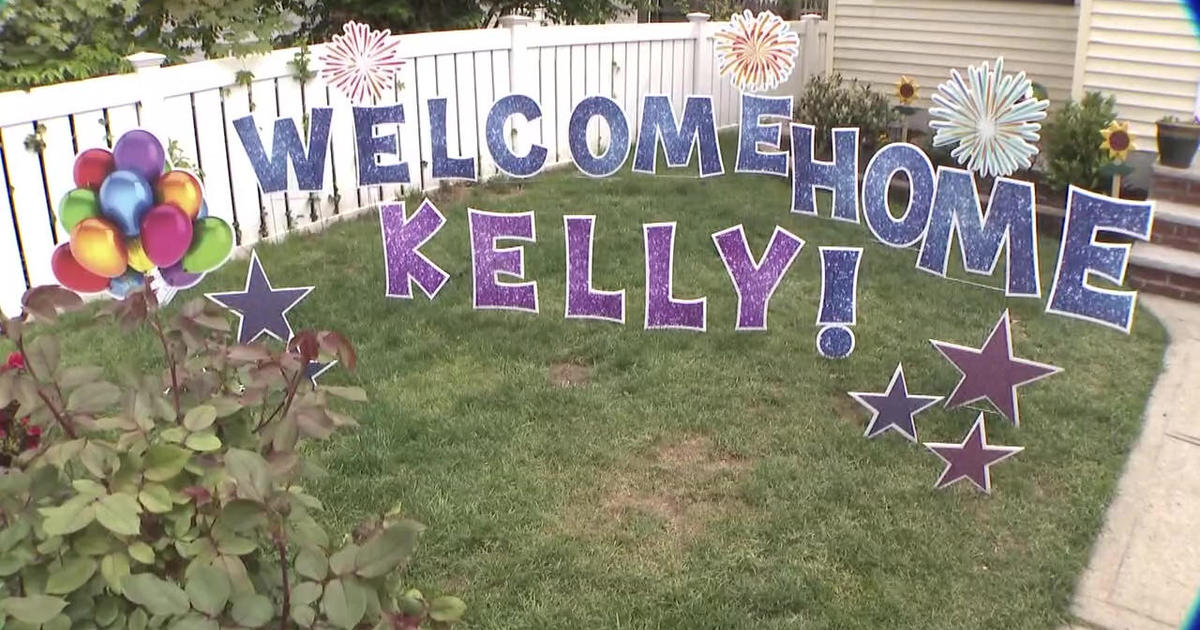 ELMONT, N.Y. — A brave Long Island teen battling an autoimmune disease got the surprise of a lifetime on Thursday. Her community came out in force alongside charity volunteers, who rebuilt the family’s home.

CBS2’s Jennifer McLogan has more on the selfless volunteers and the remarkable, deserving, young woman.

“I can’t believe it. I am home,” Kelly Arcillas said.

Arcillas hasn’t been back home in Elmont in three years, which is why she felt so special.

The Arcillas were returning from vacation in 2019 when Kelly fell ill. She was in a coma for months, plus hospitals and rehab, and eventually was diagnosed with autoimmune encephalitis.

Paralyzed from the waist down, she lost 90 percent of her eyesight. She is on a ventilator and eating tubes, but sees only the bright side.

“I’m so happy where we are. We’ve been so through a lot, but with help of community. They’re very amazing,” tearful father Joel Arcillas said.

To bring Kelly home, the Arcillas’ Elmont cape home needed to be modified to support her wheelchair and ongoing care, something they couldn’t afford. But volunteers didn’t miss a beat. The Rescuing Families charity got to work.

“We have a small charity, but I will tell you there were six to seven of us every day during the week working. The dad actually was with us helping do construction and cooking for us every day,” Rescuing Families’ Gina Centauro said.

“I’m so happy, I’m speechless. I don’t know what to say. Until now, I thought I was just dreaming,” mother Kelly Arcillas said.

Kelly is an honor student, as are her twin sisters.

“My dad and my mom, they cried a lot. They waited a long time for this,” Kiana Arcillas said.

“It has been such a long journey and, um, really glad she is finally home,” Kiara Arcillas added.

Kelly’s Sewhanaka school community rallied around her with the sudden illness and throughout her difficult recovery.

“We did virtual last year with her she is unbelievable,” Aiello said.

“We couldn’t help but fall in love with her,” Crimmins added.

The Arcillas are very active in their school and church. Kelly said she has already coming up with ways her family can now give back to their devoted community.