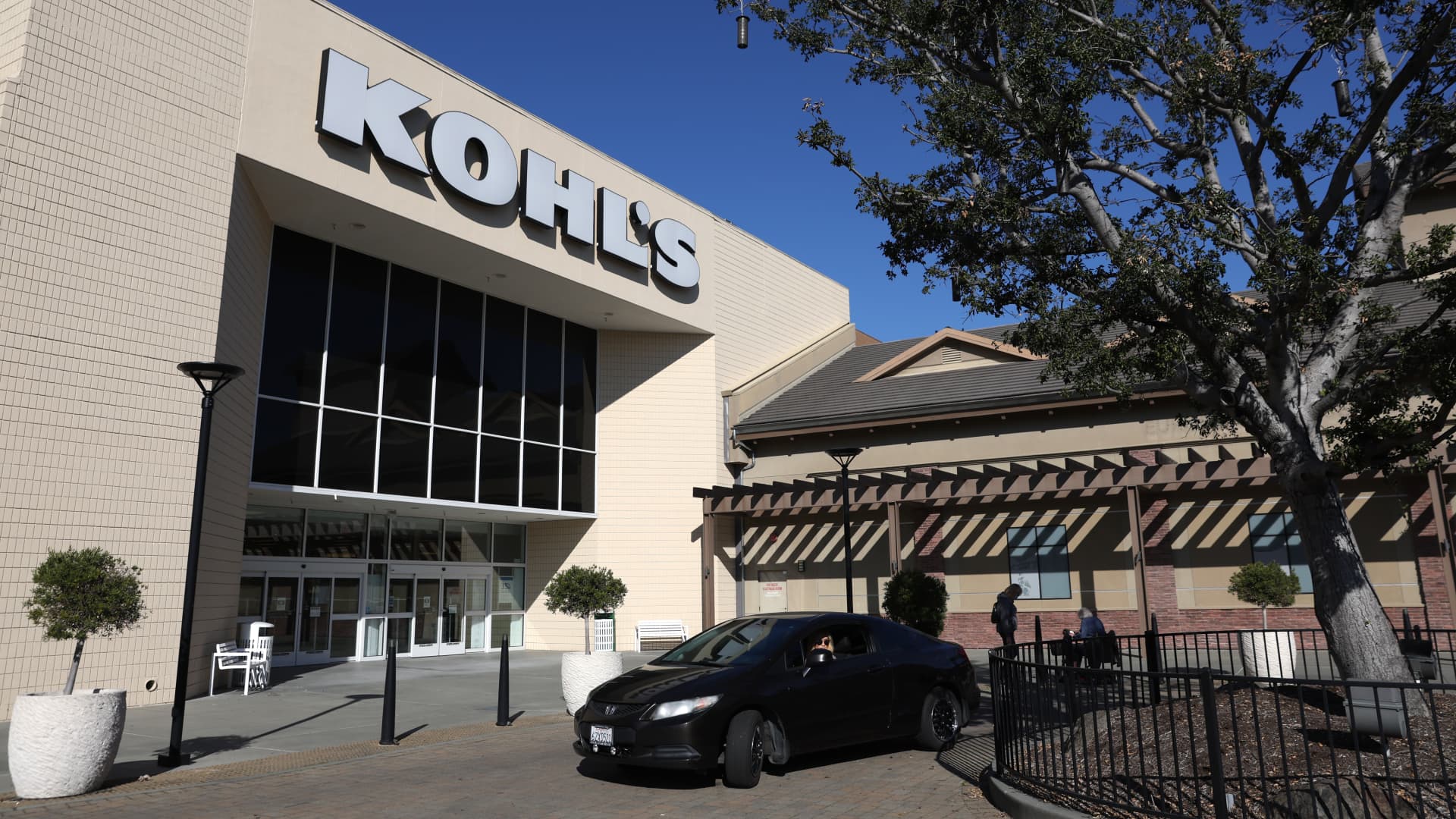 The Kohl’s logo is displayed on the exterior of a Kohl’s store on January 24, 2022 in San Rafael, California.

Activist investor group Macellum Advisors is once again pushing for board seats at the struggling department store chain Kohl’s Corp and the ouster of its chairman, according to a letter from the hedge fund to the shareholders on Thursday.

Macellum owns about 5% of the retailer and wants its candidates to replace some of the long-tenured directors, including chairman Peter Boneparth and other members of the executive committee.

Kohl’s, whose market capitalization has halved to about $3 billion this year, did not immediately respond to a request for comment.

This is not the first attempt by Macellum, which is led by veteran retail investor Jonathan Duskin, to change the board.

Earlier this year, the hedge fund had pushed to replace 10 directors when the retailer first tried to sell itself, but the move was rejected by investors in May.

Kohl’s decided against a sale and chose to remain independent in July, disappointing investors who had pushed for a deal and resulting in a plunge in its shares.

Shareholder pressure returned again last month when Ancora Holdings, one of the hedge funds that spearheaded a board shake-up last year, sought the removal of chief executive and board chairman.

In its letter to investors, Macellum said it had recently approached the board to work together on a refresh, but that was rebuffed by the chairman.

“There is an urgent need for change now, rather than waiting another eight months for another contested election at the 2023 annual meeting,” Macellum’s managing partner Duskin wrote.