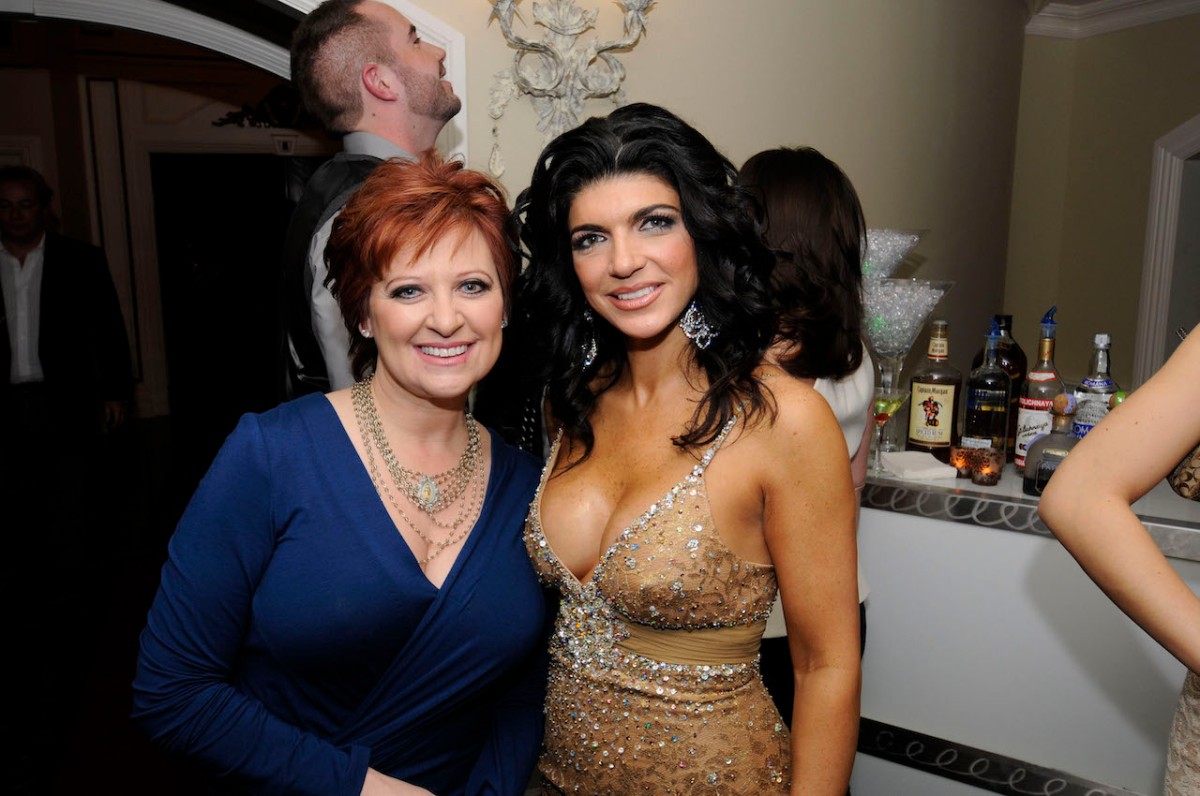 Fans of The Real Housewives of New Jersey are hoping Caroline Manzo returns. During her time on the show, Manzo stood out for being a fierce protector of her family and going toe-to-toe with the resident queen bee, Teresa Giudice. There’s buzz Manzo may return, and Giudice has a surprising response to the rumors.

Manzo and Giudice began to have drama during the Season 3 reunion. Per Manzo, she was turned off by how Giudice tried to get her and other co-stars to mistreat her family – Joe and Melissa Gorga, and Kathy and Rosie Wakile – once they joined the show. Giudice also aimed Manzo’s Italian heritage in one of her cookbooks and commented on Manzo’s children.

During a chat with Bravo about her tenure on the show, Manzo explained that despite how things appeared at the show’s beginning, she and Giudice’s relationship was not as close as it appeared. “I’m a lot older than all of them (Manzo is 11 years older Giudice), and she was friends with all of them [my sister and sister-in-law], and she would come over every now and again to swim in the pool with Gia at the time who was the only child she had – so I knew her very, very casually in that way,” Manzo explained.

Manzo also accused Giudice of being vindictive behind the scenes. “When it became a competition for her…it was always Teresa, Caroline…I was just doing my own thing, I didn’t care, and until this day, I defy anyone who says I was anything but supportive to her,” she insists.

Manzo and Giudice have continued to speak about one another in the press since Manzo left the show Season 5. But they’ve rarely been in the same room. With the exception of a Super Bowl commercial, the two recently sat on a panel together at 2022 BravoCon.

While appearing on a recent episode of Watch What Happens Live, Giudice was asked by a viewer if they spoke outside of the panel. He also asked how Giudice would feel if Manzo returned for another season.

RELATED: ‘RHONJ’: How Caroline Manzo Feels About Teresa Giudice’s Feud With Her Brother and Sister-in-Law, Joe and Melissa Gorga

“I have nothing against her,” Giudice added. When Andy Cohen reminded her of previous negative comments she made about Manzo, Giudice said she’s past it all. “I haven’t seen her in so long. Time heals all wounds, and it’s been a long time since I’ve seen her. And if I do see her, I have no ill feelings toward her at all.

In a recent interview on SiriusXM, Manzo spoke about her possible return to the show and mentioned the ongoing drama with Giudice. She says throughout the years, Giudice has been adamant that Manzo speaks about her to keep herself relevant, while Manzo denies such. “Stop talking about me,” Manzo warned. “I don’t talk about you. I answer questions,” she added.