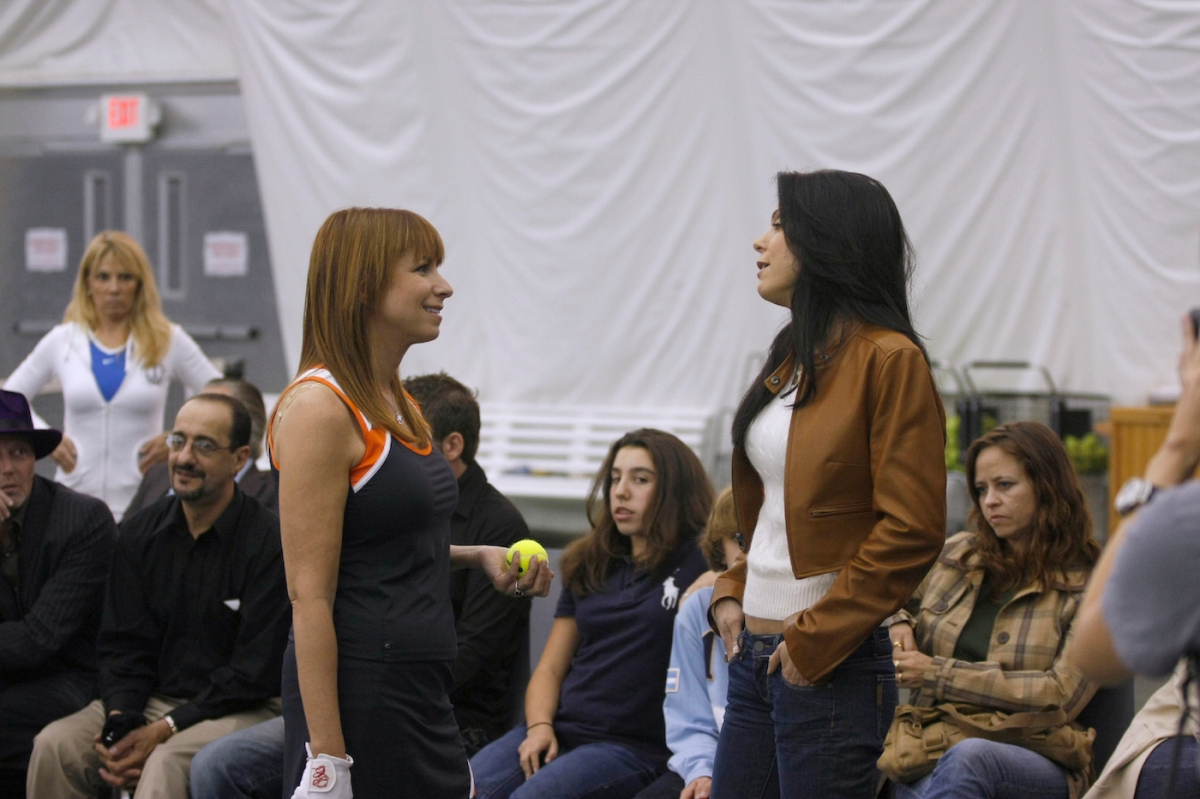 Bethenny Frankel and Jill Zarin from The Real Housewives of New York City recently ended up on the same flight and Frankel recently revealed if they talked.

Frankel and Zarin ended their RHONY relationship on an explosive note after going from best friends to enemies. Their relationship cooled after they both left the show and Frankel had an emotional exchange with Zarin during Zarin’s husband’s funeral. But they’ve since made spicy remarks about one another in the press and on social media.

So how awkward was that flight?

Frankel appeared on Watch What Happens Live with Andy Cohen, which is when a fan asked about the flight. Host Andy Cohen recalled receiving a text from Frankel that she and Zarin were on the same flight and he joked about how he wished they had cameras on the plane.

“It was really interesting. It was, of course, it was actually a pleasant conversation,” Frankel said on the WWHL After Show. “There was a guy who I knew from college sitting next to me, so at least there was somebody I could like, lean over and like quickly say, ‘These are the Cliffs Notes of what’s happened! Oh, my God!’ And then she walked on and I was like, ‘Boing!’ And she was with her boyfriend. And we ended up having a nice conversation.”

What happened when Jill wanted to ‘hash it out’ with Bethenny?

Frankel revealed that Zarin wanted to hash out their differences during the flight. “She wanted to go there,” Frankel said. “And then, you know me, if you’re going to say it, I’m going to say it. So she wanted to be like, ‘How come you don’t come on?’ You know, I went like full. And then I was like, don’t. We don’t need to. Let’s not. And it was OK.”

Jeff Lewis from Flipping Out was the WWHL co-guest and wondered if Frankel realizes that people change and evolve through the years. “People evolve. And there are differences, but there’s always that chewy center still there,” she shared.

“There’s always that chewy center where somebody still is always themselves. But that’s OK. I had a nice conversation with Jill,” she added.

Who does Bethenny think is thirstier? Jill Zarin or Dorinda Medley?

Frankel was asked earlier in the WWHL After Show who was the thirstier Housewife, Zarin or Dorinda Medley. Zarin is often referred to as the “thirstiest” former Housewife who would love to return to Bravo in any capacity. But Frankel wasn’t sure that Medley wasn’t just as thirsty to return.

“It’s just different,” Frankel said after a pause. “I’d have to say that Jill is probably thirstier for sure? But Dorinda wants it really badly too. But that’s OK.”

RELATED: ‘RHONY’: Jill Zarin Says She No Longer Hears From Bethenny Frankel and Reveals She Quit Before She Was Fired