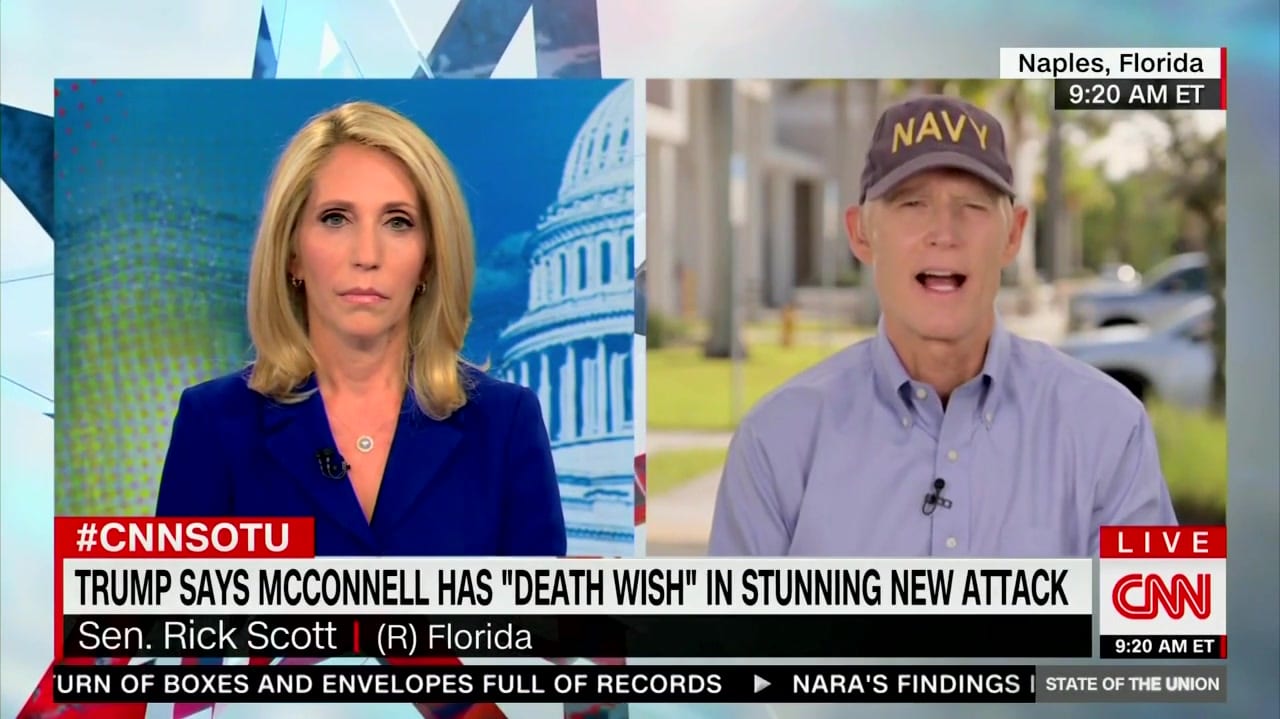 The senator, flailing after being asked during a CNN appearance about the post, defended Trump’s predilection for “nicknames.”

“As you know, the president likes to give people nicknames. You can ask him how he came up with the nickname,” Scott told Dana Bash during Sunday’s State of the Union. “I’m sure he has a nickname for me.”

Trump’s post—which attacked McConnell for allowing Democratic bills to pass in order to spite the ex-president, and which also accused the minority leader of trying to “take the country down with him”—launched a fervor of anger over its apparent call for violence and its attack on Chao, McConnell’s wife, who is a U.S. citizen and was born in Taiwan.

Bash continued to press the senator, who holds a Senate leadership position as head of the National Republican Senatorial Committee, on how Republicans could stand by a post that seemed flagrantly racist.

“It’s never, ever okay to be a racist. I think you always have to be careful if you’re in the public eye with how you say things. You want to make sure you’re inclusive,” Scott said from Naples, Florida, where he was overseeing Hurricane Ian recovery efforts. “You want to make sure—yesterday the neighborhood I was in, we had people probably from ten countries that lived there. That’s what’s great about this country. I know what I try to do is make everybody—everybody, especially all their kids believe they have hope and live the dream of this country. I hope no one is racist. I hope no one says anything that’s inappropriate. I’m going to do everything I can.”

That defense was not enough for one former McConnell adviser.

“If you read that whole thing out loud, if you were on the street and heard someone muttering that on a street corner, you wouldn’t say, ‘hmm, let’s hand this person the presidency or the Republican nomination for president,’” CNN analyst (and former McConnell adviser) Scott Jennings told Bash. “You’d say ‘call 911’ because it sounds like an unhinged, deranged person is on the loose and out on the street and may be a danger to themselves and others. It’s outrageous, beyond the pale. Every Republican ought to be able to say so. It’s not good for the party. It’s not good for him.”