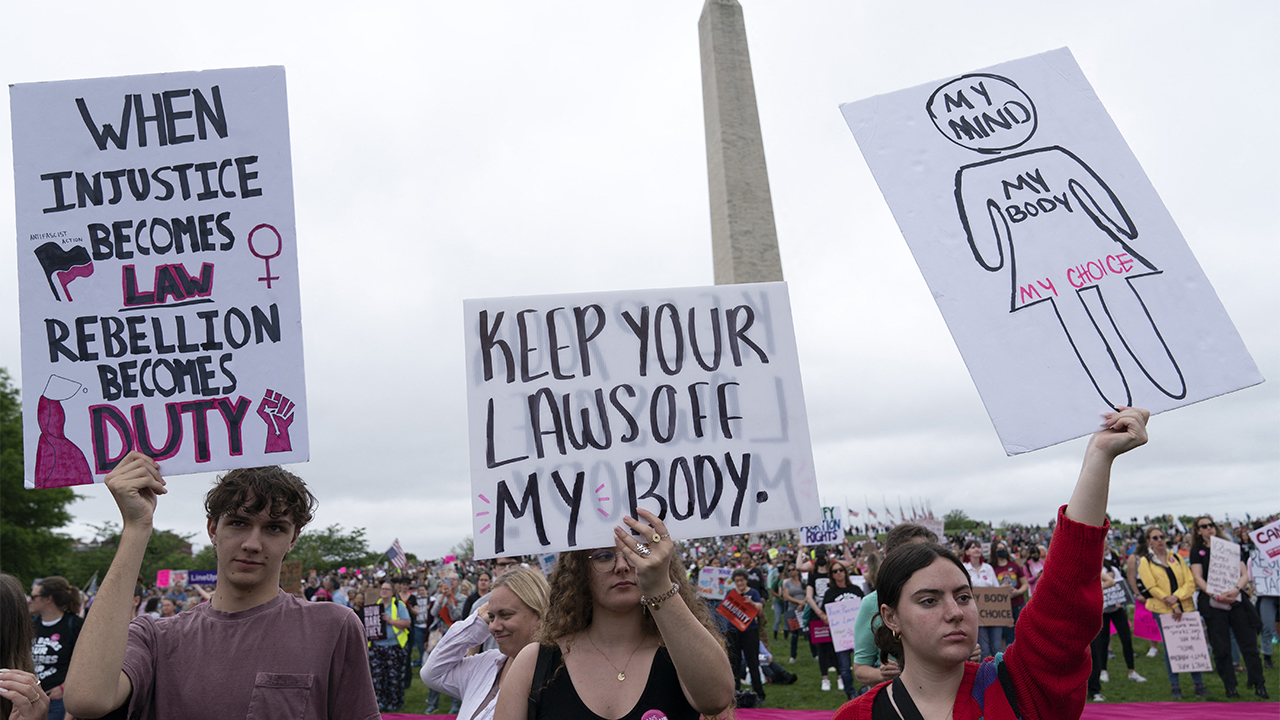 CNN, MSNBC and ABC are continuing to voice their outrage at the Supreme Court’s decision to overturn Roe v. Wade, with liberal pundits and guests engaging in highly politicized rhetoric in the days since the ruling.

MSNBC’s Mika Brzezinski openly urged viewers to vote for Democrats in the midterm elections, claiming that the Party “just might save our country” from “fascism.”

“This is devastating, and you know, they ask me what we can do, and I’ve got two words: please vote,”  Brzezinski said on “Morning Joe.” “Democrats somehow manage to get the most votes and lose the most elections. So they need more.”

She repeatedly described the “Trump Wing” of the Republican Party as fascists, who she framed as “anti-woman, anti-gay, anti-contraception” and “anti-freedom.”

NBC News presidential historian Michael Beschloss, during an appearance on MSNBC, echoed the words of Brzezinski when he called the decision “fascist” and claimed the opinion sounded like “Trump’s inaugural address.”

MSNBC’s Mika Brezezinski encouraged viewers to mobilize and vote for Democrats in the fall.
(Screenshot/MSNBC/TheView)

Frequent MSNBC guest and “The Nation” justice correspondent Elie Mystal also injected race into the conversation when he proclaimed that you are only afforded rights in America if you are a “cis hetero White man” or an “Uzi” submachine gun.

That same day Mystal called for the Supreme Court to be expanded, which he often does, and claimed women would be investigated as criminals by “White Republican men” for miscarriages. Mystal also said that the view of the Supreme Court and conservatives is that if White men didn’t say it explicitly in the Constitution, then “it doesn’t exist.”

MSNBC’s “The ReidOut” host Joy Reid also made a similar comment on the day of the Supreme Court’s decision.

“Repeal the 20th century. The notion that for many on the far-right that the good old days start with 17 and 18—as in hundreds. The era when men were men and women were property,” she said.

Meanwhile, MSNBC and NBC News political analyst Susan Del Percio offered a gloomy prediction of the future when she nervously announced that her “greatest fear” was that the ruling could lead to “political violence” not seen in over 100 years.

But, it was not just MSNBC that painted a dismal image of American freedom and the state of women’s rights.

In a somber opening to Sunday’s ABC “This Week,” co-anchor Martha Raddatz described the ruling on Roe v. Wade as a “legal earthquake” that saw the court “stripping women of that fundamental right.”

After her opening monologue, Raddatz opened the conversation to senior national correspondent Terry Moran, who suggested women’s status in society had been set backwards.

Moran also asserted that he wasn’t mincing words when he claimed “women will die” because of this ruling.

On CNN, host S.E. Cupp was asked by “New Day” co-host John Berman what the ruling could mean politically for Democrats and Republicans.

“It’s hard to imagine the Republican Party surviving this. Between anti-abortion, anti-LGBTQ, book banning, anti-democracy, I mean, as all the aggressive bull—t, garbage, sorry… I don’t take that back – add it all together, and I don’t know who is left in the future, in future generations to be drawn to this party,” she replied.

CNN’s Brian Stelter began to question whether he and his colleagues in the media had been fairly covering abortion and the Supreme Court’s ruling.

During a panel discussion on his show “Reliable Sources,” Stelter spoke with Susan Mathews, Sarah Longwell and Kate Smith—a former CBS journalist who now works as a news director for Planned Parenthood.

“Susan, let’s take a big, broad question here — and I know it’s a little bit unfair to be so broad, but do you think the media is slanted in its coverage of Roe v. Wade and all the aftermath? I mean, here is Kate, worked at CBS and now works for Planned Parenthood. Is the media as an institution biased on this issue?” he asked.

Mathews skirted away from answering the substance of the question, instead noting that a majority of Americans want access to abortion care versus a “small minority” of pro-life Americans with strong views.

Stelter, referencing recent split screen images video of pro-life and pro-choice protesters, claimed that the media had offered a “50/50” split on coverage. He then wondered if that kind of coverage was in fact “misleading” or a “distortion” of the facts in favor of conservatives.

How the media frames the changes, legally and culturally, coming to the U.S. due to the Supreme Court’s decision will be watched closely by both sides of the aisle.

While pro-life advocates are celebrating but also bracing for more work ahead, abortion rights groups like NARAL Pro-Choice America swiftly condemned the “devastating” decision and vowed to oust any politicians who won’t back abortion rights. Planned Parenthood news content director Kate Smith scolded the press on CNN Sunday for suggesting there was an equal split between support and opposition for overturning Roe v. Wade.

Matthew Kincaid, CEO of Overcoming Racism, which provides race and equity professional development, said the decision would hurt women and urged the media to cover the fallout with greater empathy.

“I think in terms of the way that the media is covering Roe v. Wade, we are oftentimes so politically entrenched in our own personal political views that we have conversations like the overturning of Roe v. Wade, a right to a legal safe, access to an abortion that women have had for over 50 years, a lot of the conversations that I’ve seen coming from the media are had without empathy, as if there aren’t people on the other side of these types of decisions,” he said.

A person holds an “abort the patriarchy” sign at the New York City Pride Parade on June 26, 2022 in New York City.
((Photo by Alexi Rosenfeld/Getty Images))

“We know that banning of abortions doesn’t reduce people having abortions. It just reduces their access to safe abortions. And so what that means is, is that there are a lot of women who are going to be forced to have a birth. And the data says that women who are denied abortions oftentimes have significant impacts in terms of access to education, physical and mental health impacts. It impacts, you know, a woman’s ability to earn money and maintain employment. And so at the very least, I would hope that the media would engage with these conversations with empathy, understanding that while people have differing opinions about this particular topic, there are real lives that are impacted by this,” he added.

He called for attention to be paid to how the decision would exacerbate the gaps that already exist between the rich and poor, as well as to Black women who already face far higher risks of maternal mortality and having substandard health care.

Smith and NARAL didn’t respond to a request for comment.

ABC, CNN, NBC ON IMPACT OF ROE V. WADE DECISION IN THE MIDTERMS: ‘A DEFINING ISSUE THIS FALL’

On the right, there has largely been condemnation of the media’s coverage of the issue over the years, and that hasn’t changed with last week’s stunning developments.

“I think they’ve largely covered this issue exactly the way that we expected them to. They’re very left-leaning. They’re going to be very sympathetic to the pro-abortion cause. And the way that they’re framing this is, of course, that it is repealing a right that, first of all, did not exist,” said Brittany Hughes of the conservative Media Research Center.

Hughes, host of MRCTV’s “Reality Check,” challenged the media to better reflect both sides of the notion of being “pro-choice” by spotlighting the work of crisis pregnancy centers and anti-abortion women’s groups that counsel women through pregnancy and provide ultrasounds, blood and urine tests, as well as housing assistance. A number of pregnancy centers have been vandalized in recent months.

“There are more pregnancy clinics than there are Planned Parenthood’s in this country, and that help is readily available to women,” she said. “And I think one of the things that is saddest is a lot of women that would reach out for those resources don’t necessarily know about it because it’s not talked about. It’s not featured very heavily. And again, I ask, how pro-choice can you be when you’re completely ignoring that choice that millions of women do make?”

India may be set to become third largest economy by 2030, overtaking Japan and Germany