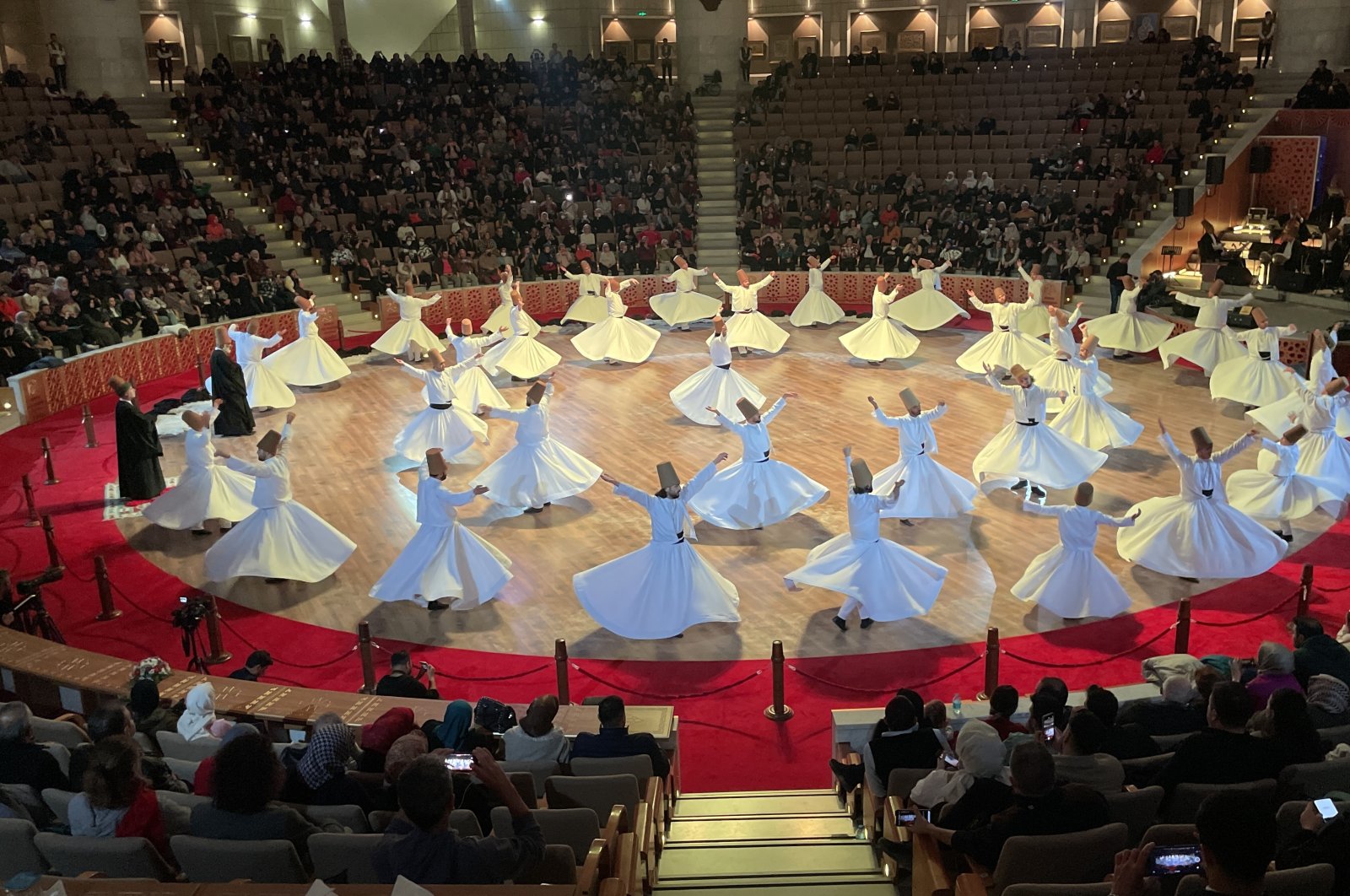 In Sufi philosopher Mevlana Jalaluddin Rumi’s faith, death is a “wedding night” for believers, a time to reunite with the creator, Allah. On the 749th anniversary of his death, those following the world-famous Sufi mystic and tourists flocked to the central Turkish province of Konya where his tomb is located and days of events are being held to celebrate his legacy.

Şeb-i Arus, as it is known, will end on Dec. 17, the date of Rumi’s passing, a figure who cultivates a major following from an array of cultures and religions even centuries after his demise.

The ceremonies started on Dec. 7 with the whirling dervishes’ performances, a form of meditation, and the Sufi music concert of Ahmet Özhan at the Sema Hall of the Mevlana Cultural Center. Similar events and conferences on his life and teachings will be held for 10 days in Konya, where he settled and reached out to his followers.

Nazenin Moghedam, a woman of Iranian descent who lives in Türkiye, is among the visitors to Konya for Şeb-i Arus. “Mevlana is beloved in Iran very much. He stands out among other philosophers, mystics and poets for his uniting views, like ‘I am you and you are me.’ This unites the world,” she told Demirören News Agency (DHA) on Friday.

Rumi’s teachings are conveyed from one generation to another, both by his followers and his descendants. His descendants, including Esin Çelebi Bayru, are among those spreading her ancestor’s messages through the International Mevlana Foundation. Bayru, deputy chair of the foundation, says they are working “with the responsibility for humanity to hear the messages of unity and togetherness of Mevlana.” The foundation, established in 1996, is chaired by Bayru’s brother Faruk Hemdem Çelebi.

“Our priority is conveying Mevlana’s teachings to the future generations and to help people correctly understand what he taught,” Bayru explained.

“Our foundation works both to serve visitors (of Mevlana’s tomb) and to preserve customs, traditions and this path of Mevlana. We share everything we learned (from our ancestors) with visitors. People think they are simply watching a dance performance while watching (whirling dervishes) but their perception changes when they learn more about it,” she said.