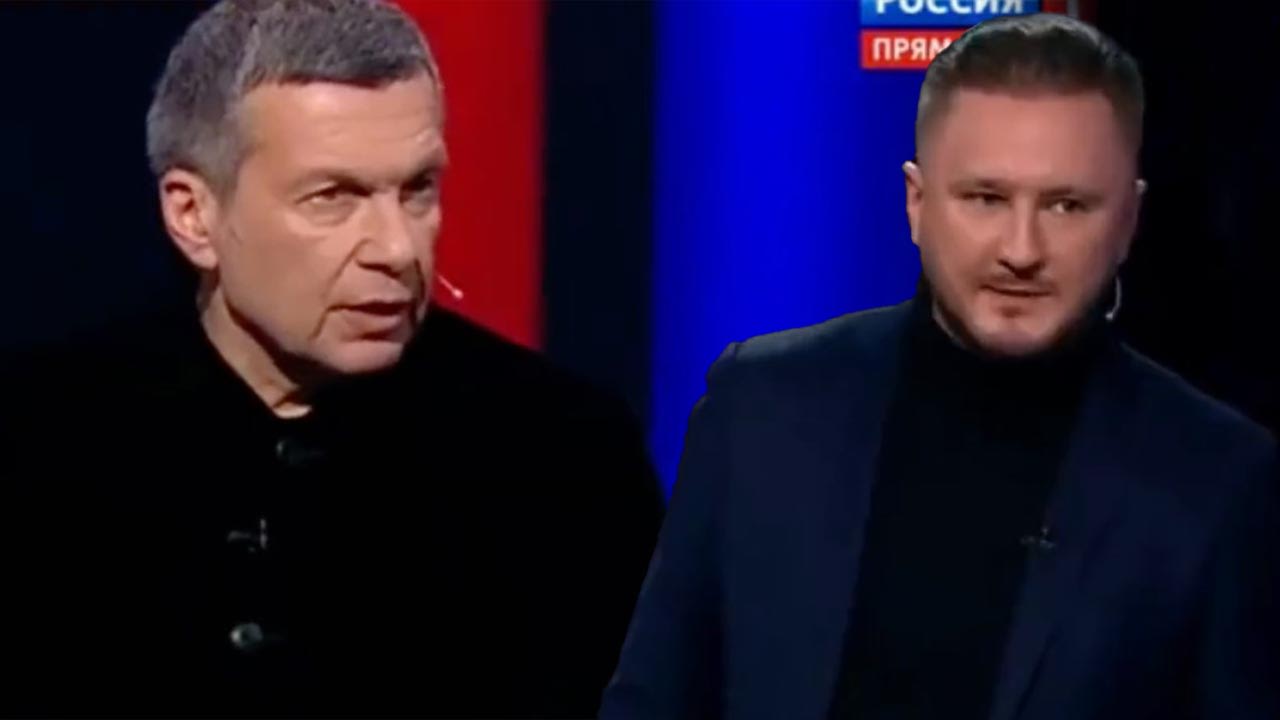 Russia’s war against Ukraine is not going well – and this realization also seems to be gradually gaining ground in the nightly warmongering program by propagandist Vladimir Solovyov (59) on Russia’s First Channel.

The chief agitator seemed more depressed night after night. Some talk show guests suddenly criticized the warfare, the moderator actually reaped the rewards open opposition from his guests when he became too obsessed with his fanatical ideas, even by their standards. For example, when he called for atomic bombs to be dropped on Kyiv.

But not all guests share this assessment of the situation. Some are still convinced of the splendor of Russia’s great power – and blindly believe that the war is going well.

How is that possible?

By telling lies that Russia is not attacking Ukraine at all, but is being attacked – by the big enemy as a whole, the concentrated West. For this enemy, the Ukraine is just an unwilling instrument that the West is misusing for its own purposes.

This is also how Nikolai Waliwow sees it, who now shows how removed the Russian propaganda worldview is from reality. The China expert and alleged linguist (“Ukrainian is a Russian dialect”) gave his outrageous “analysis” on the Solovyov show.

► What came out of it: all is well for Russia in its rise to the dreaded great power.

“Many are desperate,” explained Waliwow.

But if you look at what’s happening from above, it’s like this: Russia is fighting triumphantly against more than a billion people from the western world. Throughout the year, the western world was unable to stand up to Russia.”

An isolated Russia after even China distanced itself from Moscow and Kremlin chief Putin warned against using nuclear bombs?

Not in the eyes of the convinced propagandist. Valivov: “In truth, it is a complete triumph for Russia. There is no isolation. China joins Russia’s triumph. India is also with us, Southeast Asia, Africa and Latin America.”

The Russian citizens are doing well too: “Any average Russian will agree with me: there is hot water, there is food, there are jobs, our transport system works, the subways run, our salaries are paid and are even developing.”

Many commentators on Twitter, where Solovyov’s broadcast can be found translated into English, were particularly amused by this passage. Because just recently, another talk show guest on the same program admitted that the standard of living in Russia is lower than elsewhere: In Russia, only standing toilets are often used, while the rest of the world does its business in toilet bowls …

Then Valivow explains how the world will soon look like: “Why the West fears us so much? All these nations that call themselves independent will be absorbed into one great Russian homeland. What does that mean? Europe, with its population of 500 million, will face a collective of 200 million speaking Russian speaking one language. It can safely claim the Balkans and Poland and so on.”

Valivow literally – without being too specific about the truth: “In the next 10, 15 or 20 years we will regain control of this whole territory. There are 80 million Germans, including Turks, Arabs and Pakistanis, the British are 60 million, including many Pakistanis. But a hegemonic nation will emerge in Eastern Europe! A gigantic community will arise in 10 to 15 years and the West will not be able to do anything about it.”

Not a word about the fact that Russia wanted to occupy the entire Ukraine in a few days, then first had to withdraw from Kyiv, then was put to flight in Kharkiv and is now also calling for a withdrawal from Cherson.

And why should all Eastern Europeans – including Ukrainians, Poles, Balts and many others – submit to this Russian domination mentality?

Valivow explains it, at least with regard to Ukraine, with an age-old Russian cliché: “There is no Ukrainian language, it is a Russian dialect.”

App users please use this link to subscribe to the newsletter.