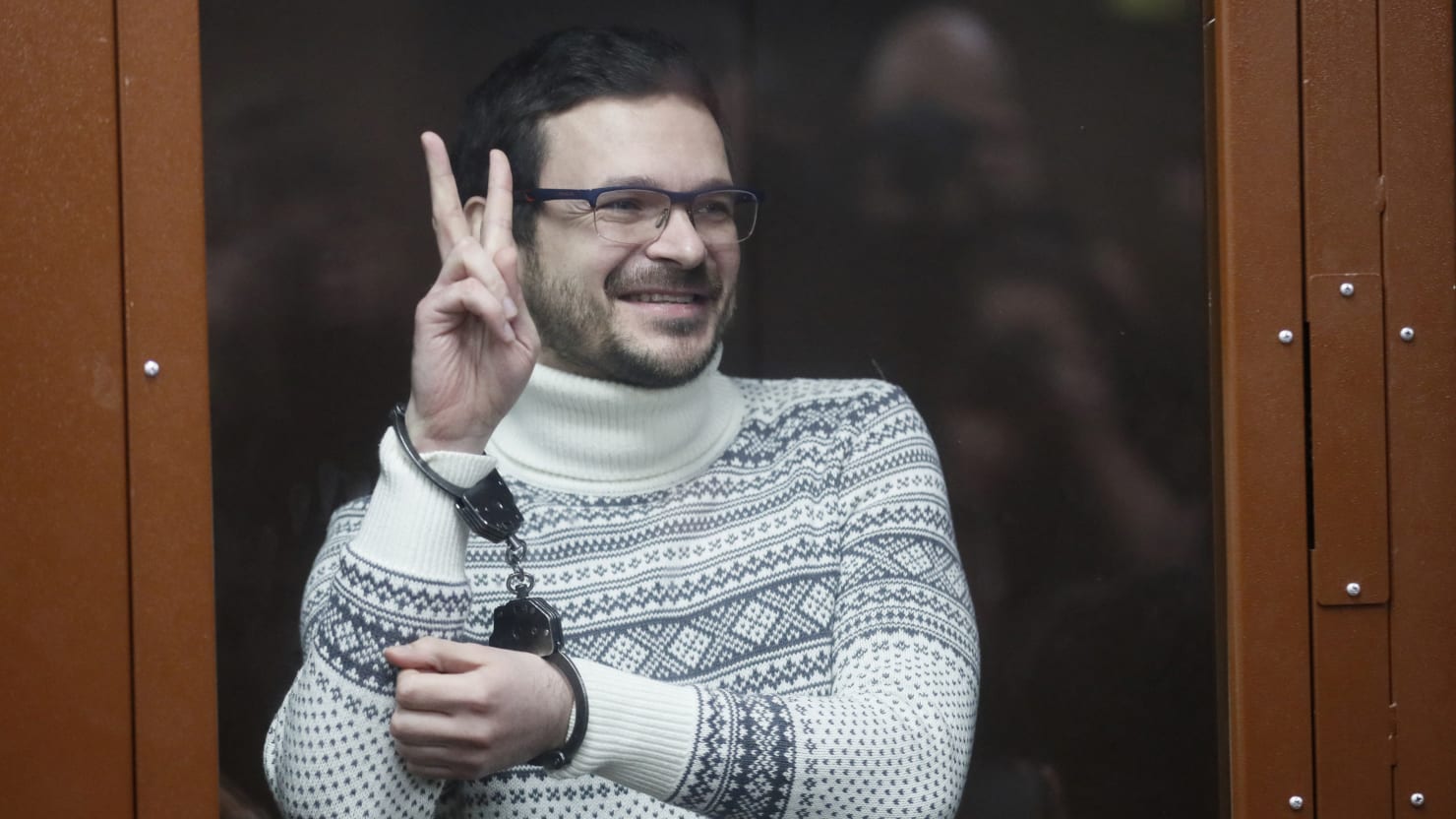 Russian opposition leader Ilya Yashin was convicted on Friday of spreading “fake news” about the massacre of civilians in Ukraine, with a Moscow court sentencing him to eight years and six months in prison.

Yashin, 39, will also be banned from using the internet after his release as a result of the livestream on his YouTube channel in April. In the video, Yashin discussed the discovery of murdered Ukrainian civilians in the suburban town of Bucha, near Kyiv, after Russian troops withdrew from the area at the end of March. At least 458 bodies were found in mass graves or lying out in the open, with officials saying 419 showed signs of having been tortured, shot, or bludgeoned to death. Children were found among the dead.

Russian authorities have consistently denied responsibility for the massacre, instead saying international journalists’ photos and videos of corpses in civilian clothing with their hands bound were “fakes” and a Ukrainian “provocation.” In his April 7 livestream, Yashin discussed evidence of atrocities gathered by Western reporters, comparing what they had uncovered with the official Kremlin version of events.

“With this hysterical verdict, the government wants to intimidate us all, but in fact it only shows its weakness,” Yashin wrote in a statement shared after his sentencing on his Telegram channel. “Strong leaders are calm and self-confident, and only weaklings seek to shut everyone up, burn out any dissent. So today it only remains for me to repeat what was said on the day of my arrest: I am not afraid, and you are not afraid.

“Changes are not far off, and soon we will have a lot of work to restore justice and humanism in our country. I’m near.” He added that the prosecutor’s hands had trembled in court. “He tried very hard to sound menacing and imitate the Stalinist prosecutors, but time after time he caused the audience to laugh and looked like a caricature.”

Yashin’s criminal case began in the summer following his arrest in an administrative case for disobeying police orders. His conviction for spreading “false information” about the Russian army was based on prosecution arguments that Yashin was “reliably aware” that the photographs of dead civilians were fakes pushed as a provocation on behalf of the “Kyiv regime.”

In a series of tweets, jailed opposition leader Alexei Navalny criticized Yashin’s sentencing as another “shameless and lawless verdict by Putin’s court,” which he said “should not intimidate the honest people of Russia.” “This is yet another reason why we need to keep fighting, and I have no doubt we will ultimately win,” Navalny added.

On Monday, Yashin made an impassioned closing statement directed to President Vladimir Putin. “I’d like to speak to him as the person responsible for this slaughter, the person who signed the ‘military censorship’ law and whose will it is that I’m now in jail,” he said. “Mr. Putin! As you look at the consequences of this monstrous war, you probably realize what a big mistake you made on February 24. No one is greeting our army with flowers. We are called invaders and occupiers. Your name is now firmly associated with death and destruction.”