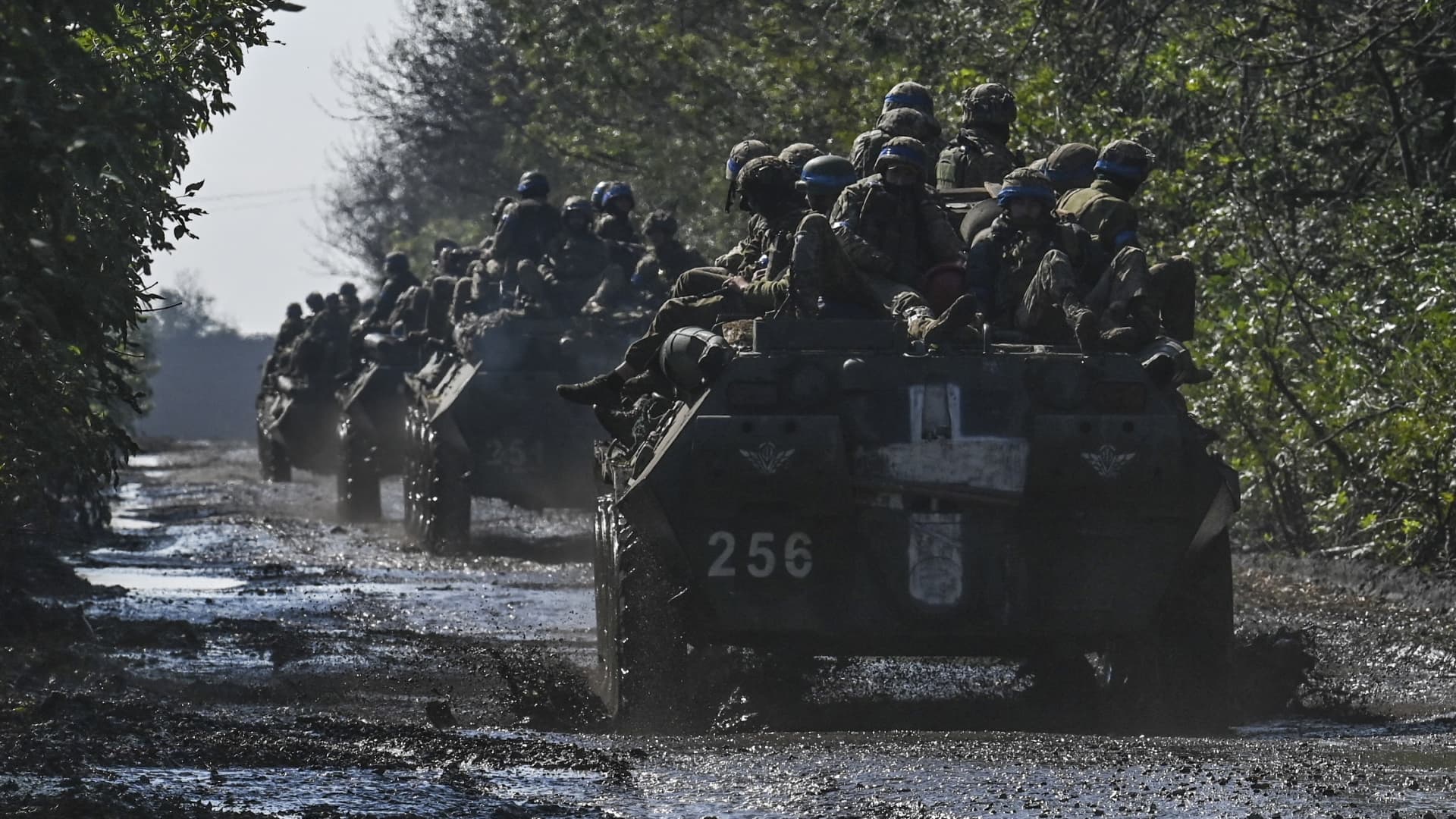 Russia is relying more and more on volunteer and proxy forces for its combat operations in Ukraine, according to a report by the Institute for the Study of War (ISW).

“(Russian President) Putin’s souring relationship with the military command and the Russian (MoD) may explain in part the Kremlin’s increasing focus on recruiting ill-prepared volunteers into ad-hoc irregular units rather than attempting to draw them into reserve or replacement pools for regular Russian combat units,” the ISW said.

Part of this, it said, is due to Putin “bypassing the Russian higher military command and Ministry of Defense (MoD) leadership throughout the summer and especially following the defeat around #Kharkiv Oblast.”

The attack, which cause a blast about 300 meters away from the reactors and caused damage to buildings at the plant, also reportedly hit a nearby hydroelectric power plant and transmission lines.

War ‘not going too well’ for Russia, Gen. Milley says

Chairman of the Joint Chiefs of Staff General Mark Milley at a news briefing at the Pentagon on July 20, 2022 in Arlington, Virginia.

Things are not going so well for Russia in Ukraine at the moment, U.S. Army Gen. Mark Milley, chairman of the Joint Chiefs of Staff, told reporters in Warsaw, Poland. That could make Putin unpredictable and Western forces need to be vigilant, he added.

“The war is not going too well for Russia right now. So it’s incumbent upon all of us to maintain high states of readiness, alert,” Milley said. “In the conduct of war, you just don’t know with a high degree of certainty what will happen next.”

The general added that he wasn’t suggesting there was any increased threat to American troops stationed in Europe, but that readiness is paramount.

Russia’s operations in Ukraine have faced significant setbacks with the rapid counteroffensives in recent weeks that saw Ukrainian forces retake swathes of territory in the country’s northeast.

Russian pop singer Alla Pugacheva speaks at a congress of pro-reform Pravoye Delo (A Just Cause) party in Moscow, on Sept. 15, 2011, with the party’s logo in the background.

Russian pop star Alla Pugacheva spoke out against Russia’s war in Ukraine via Instagram, writing in a post in Russian asking the country’s Ministry of Justice to “include me among the list of the foreign agents of my beloved country” and calling for “an end to the death of our guys for illusionary goals, which make our country a pariah and make life more difficult for our citizens.”

The singer, a longtime Russian performer who began her career in the Soviet Union in the 1960s, also expressed solidarity with her husband Maxim Galkin, who was labeled a “foreign agent” on Friday after vocally criticizing the war in Ukraine. She said that Galkin, a singer, comedian and TV presenter, also wanted “prosperity for his motherland, peace, free speech.”

Pugacheva has 3.4 million Instagram followers, and her post received nearly 600,000 “likes” within its first 18 hours online. Scores comments from what appeared to be Russian followers featured heart and applause emojis.

The pop star isn’t the first prominent Russian to speak out against the war, but but public criticism is rare and dissent has been heavily punished. Shortly after the Ukraine invasion began in late February, Russia’s government introduced a law that would impose a 15-year prison sentence on anyone spreading “fake news” about the Ukraine war, which the Kremlin strictly calls a “special military operation.”