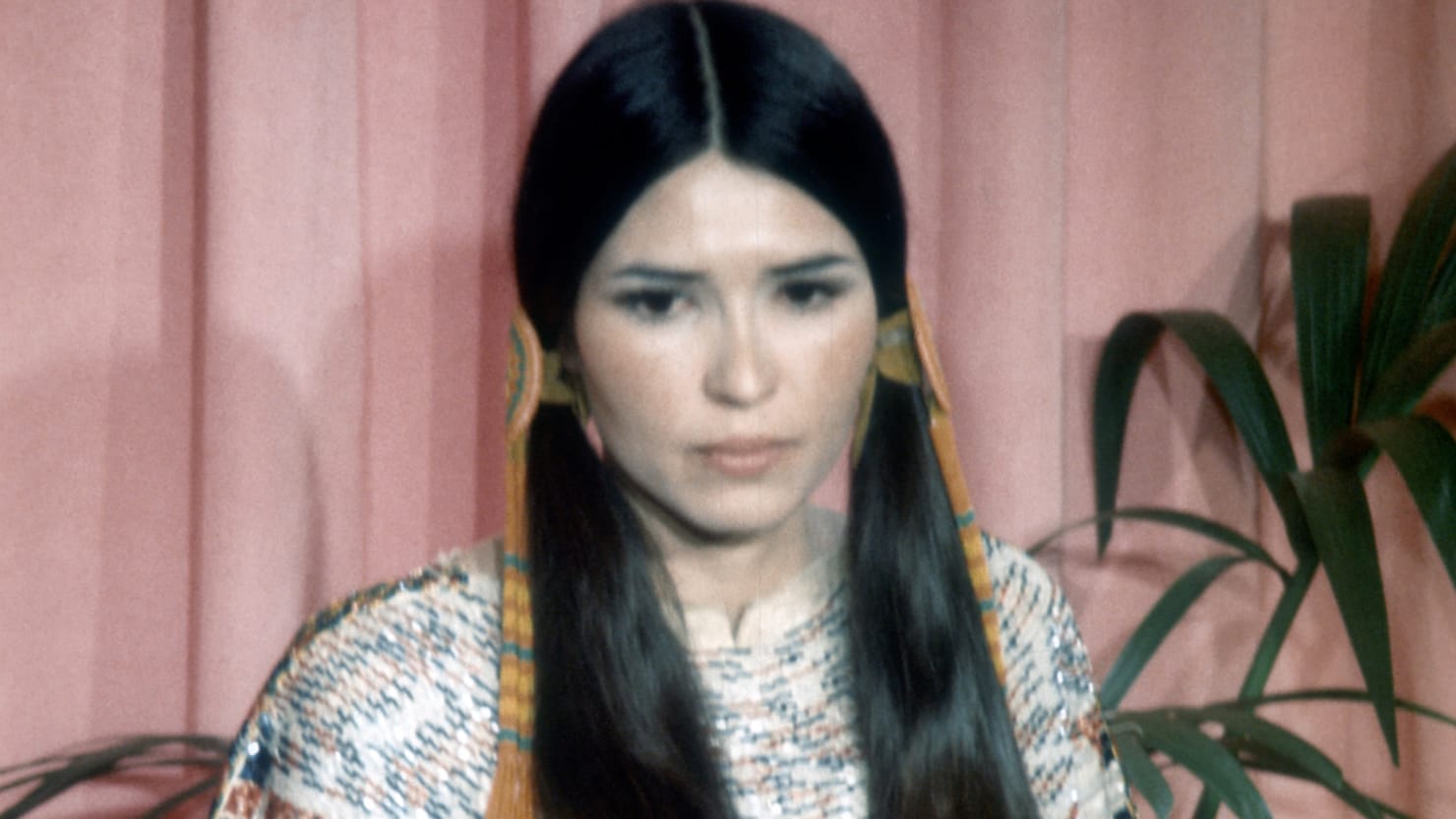 Actress and activist Sacheen Littlefeather—who carried out Marlon Brando’s protest against the treatment and portrayal of Native Americans at the 1973 Oscars—has died at the age of 75.

Her death comes just three months the Academy of Motion Picture Arts and Sciences issued a formal apology for the scorn Littlefeather endured when she appeared on stage to say Brandon was rejecting his Best Actor statuette for The Godfather.

It was an unforgettable moment: Littlefeather, dressed in traditional Apache buckskin, delivering brief remarks in which she explained why Brando was not accepting the award as both boos and applause could be heard in the auditorium.

The actress said she was blacklisted after the appearance—which sparked a false rumor that she was not even Native American—and she eventually gave up acting for advocacy.

“As you stood on the Oscars stage in 1973 to not accept the Oscar on behalf of Marlon Brando, in recognition of the misrepresentation and mistreatment of Native American people by the film industry, you made a powerful statement that continues to remind us of the necessity of respect and the importance of human dignity,” AMPAS wrote in its June apology.

“The abuse you endured because of this statement was unwarranted and unjustified. The emotional burden you have lived through and the cost to your own career in our industry are irreparable. For too long the courage you showed has been unacknowledged. For this, we offer both our deepest apologies and our sincere admiration.”

In September, Littlefeather appeared at the Academy Museum and recalled the momentousness of her Oscars appearance.

“I had prayed to my ancestors to be with me that night,” she said. “And it was with prayer that I went up there. I went up there like a proud Indian woman, with dignity, with courage, with grace, and with humility. And, as I began to walk up those steps, I knew that I had to speak the truth. Some people may accept it, and some people may not.”

Littlefeather, who was diagnosed with metastatic breast cancer in 2018, asked her fellow Native Americans in the audience to stand, according to The New Yorker.

“Please, when I am gone, always be reminded that, whenever you stand for your truth, you will be keeping my voice and the voices of our Nations and our people alive,” she said. “I remain Sacheen Littlefeather.”