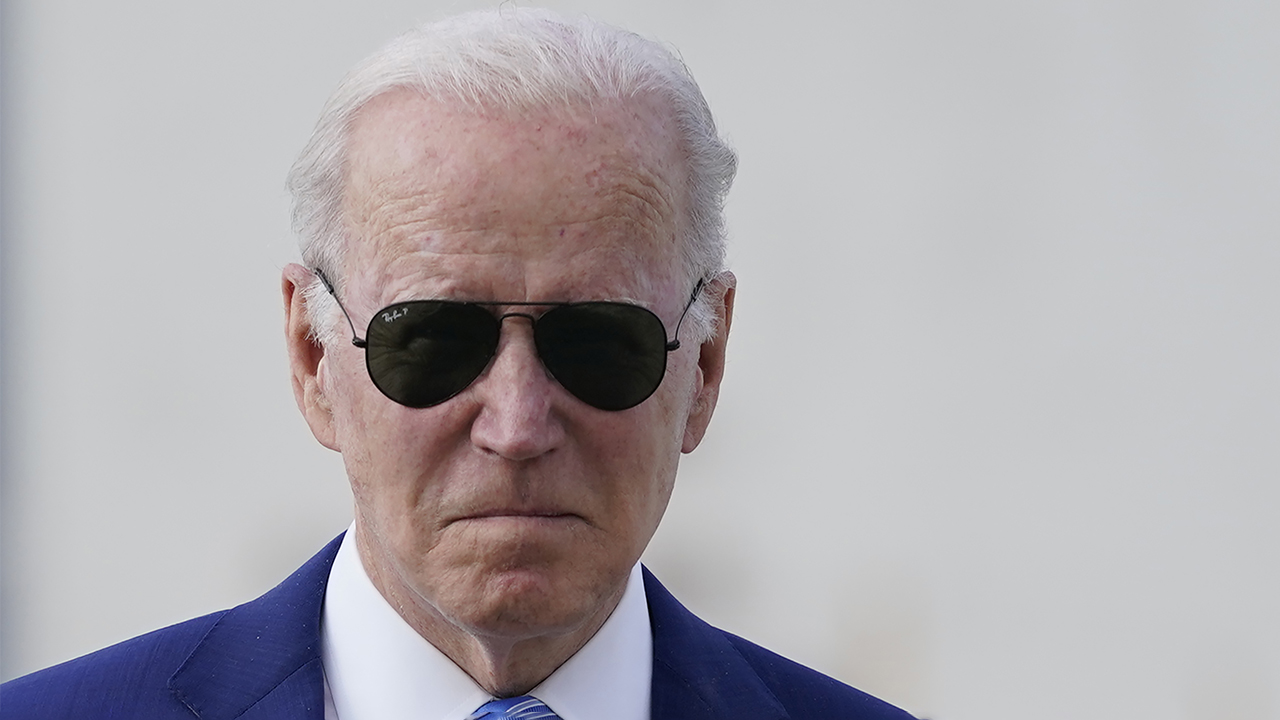 The liberal site Salon published an article Sunday that argued that President Biden is similar to two of the Founding Fathers.

The article, titled “How Joe Biden is like America’s Founding Fathers – and no, I’m not kidding,” argued how Biden “has great ideas” but is not able to execute on them like former Presidents George Washington and Thomas Jefferson.

Salon writer Matthew Rozsa, wrote that if Biden’s presidency goes in the same direction it has thus far, he will be remembered as a “visionary, at least on certain domestic policy issues, who was largely ignored by his peers.”

“I’m not claiming that the founding fathers were ignored in some larger sense; if that were true, the United States would not exist today. But as much as we’d like to imagine that Americans always rallied behind the ideas of a complicated genius like Thomas Jefferson, author of the Declaration of Independence, it simply wasn’t so,” Rozsa continued.

This undated engraving shows the scene on July 4, 1776 when the Declaration of Independence, drafted by Thomas Jefferson, Benjamin Franklin, John Adams, Philip Livingston and Roger Sherman, was approved by the Continental Congress in Philadelphia.
((AP Photo))

“Some conservatives bravely try to claim Jefferson as one of their own, but he spent much of his presidency trying to use the powers of the brand new government to enrich the economic and intellectual lives of the American people,” he continued. “After creating a budget surplus, for instance, Jefferson proposed subsidies in scientific innovation, transportation infrastructure and public education.”

Similar to Biden, Rozsa argued Jefferson had many progressive policy ideas that were not implemented.

“Jefferson’s inability to realize his economic vision doesn’t detract from his overall legacy, but it certainly offers some perspective on how even revered statesmen can have important ideas that go nowhere,” Rozsa wrote.

A statue of former U.S. President Thomas Jefferson is pictured in the council chambers in City Hall after a vote to have it removed in the Manhattan borough of New York City, New York, U.S., October 19, 2021.
(REUTERS/Carlo Allegri)

“Let’s consider Joe Biden’s most conspicuous failures. From the start of his administration, he has pushed for an ambitious economic program: expanded access to health care, major investments in job creation, financial assistance to parents, accelerated development of green energy and other steps to address climate change,” Rozsa wrote. “To this point, the political fates have cursed Joe Biden with the same bad luck that afflicted Washington, Jefferson, Hamilton and other founding fathers at their most ambitious but least effective — but without granting him anything close to their storied accomplishments or historical legacy.”

President Biden has been compared to many past presidents. When Biden took office, many Democrats and supporters in the media praised the president and compared him to former Presidents Franklin D. Roosevelt and Lyndon B. Johnson. However, critics of the president compare him to former President Jimmy Carter because of the economic similarities of high gas prices and inflation.