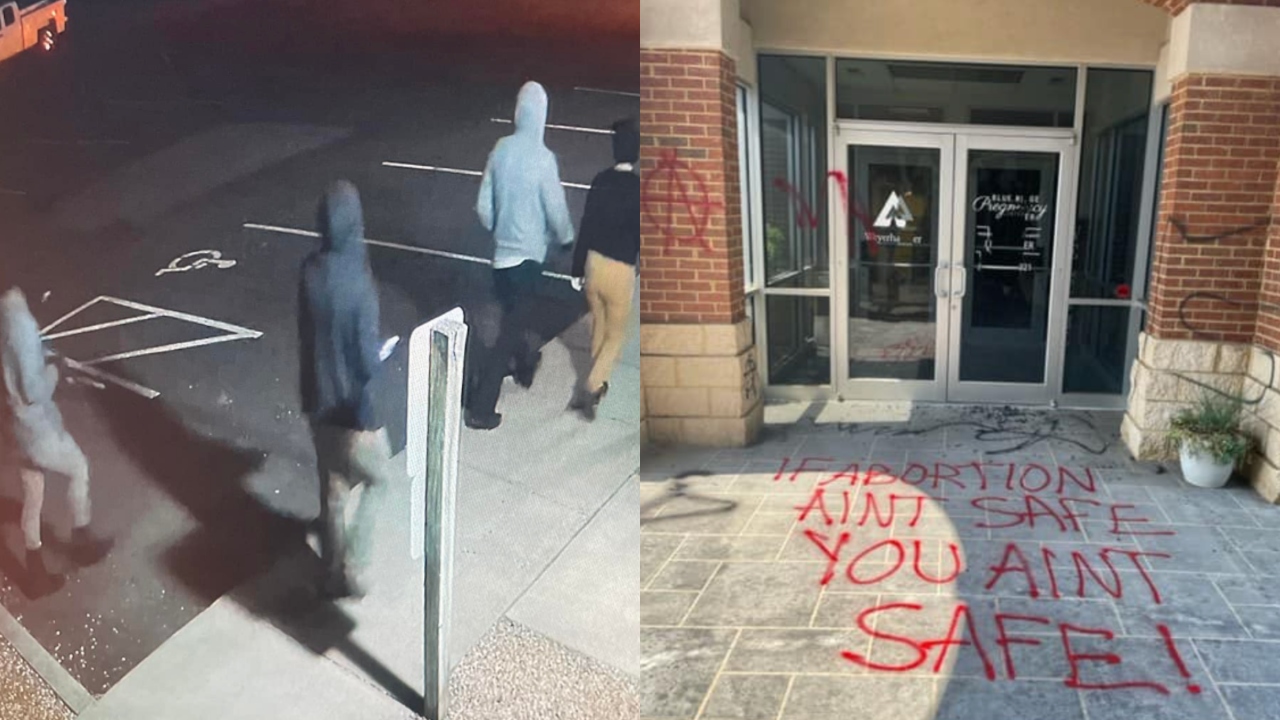 “I can’t describe how painful it is to be here now, in a place where the Supreme Court has the power to erase 50 years of constitutional law. Make no mistake, this is not where it ends,” Bee warned.

“Conservatives will not rest until they have come for all of our rights. Everything we have fought for could be lost unless we take it back,” she said.

“It’s not just about voting in November, it’s about doing everything in our power to protect and help vulnerable people access abortion across state lines. And we have to raise hell! In our cities, in Washington, in every restaurant Justice Alito eats at for the rest of his life. Because if Republicans have made our lives hell, it’s time to return the favor.”

Across America, left wing groups burned down and vandalized Catholic churches in response to the Court’s ruling, and churches were graffitied with threats such as, “If abortion isn’t safe, neither are you,” “woman haters” and “religion of hate.” The White House has condemned these attacks.

Last month, an alleged would-be assassin threatened to kill Justice Brett Kavanaugh outside his home. The man was arrested by police and was carrying a firearm, ammunition, a knife, pepper spray, a screwdriver, zip ties, and other weapons.

Bee’s encouragement to “raise hell” echoes long-standing calls by other Democrats for their supporters to address grievances in “the streets.”

SOMALI MUSIC FESTIVAL BOOS ILHAN OMAR IN MINNESOTA: ‘GET THE F— OUT OF HERE’

Rep. Alexandria Ocasio Cortez, D-N.Y., for example, called the Court’s decision “illegitimate” and chanted at a protest that people should take their grievances “into the streets.”

In 2018, Rep. Maxine Waters, D-Calif., called on her supporters to harass Trump officials.

Similarly, in March 2020, Sen. Chuck Schumer, D-N.Y., was criticized for telling Justices Kavanaugh and Gorsuch that they “will pay the price.”

The court has recently come under unprecedented political attacks, with someone from inside the Court leaking the majority draft opinion on Roe in May.

Crowds outside the Supreme Court reacting to the Dobbs ruling.
(Joshua Comins/Fox News)

The New York Post editorial board noted in May, “Bad enough that judges and their families face screaming lunatics besieging their houses; posting that info invites actual violence. Guess ‘doxxing’ is all right when progressives do it.”

“This assault on the Supremes represents a huge ratcheting up of the attack on America’s institutions.”