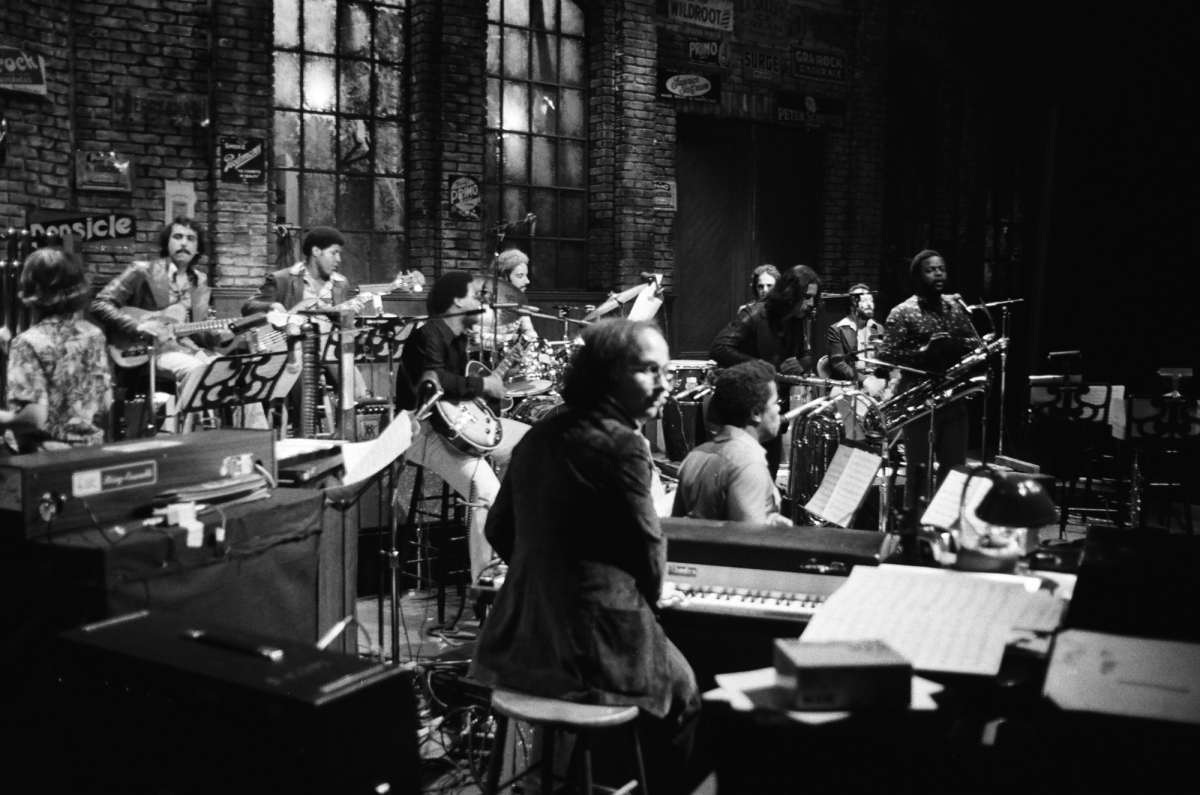 Saturday Night Live has its share of music accompaniment, including a theme song to introduce the show. However, it certainly isn’t “traditional” by the definition that most television shows have with the same familiar tune. Original Saturday Night Live musical director Howard Shore once explained why the late-night sketch show never had one for its audiences to hum along to. Ordinarily, that’s exactly what television shows are aiming for.

The Saturday Night Live theme song and the remainder of the music are provided by the band. Their sound is largely rooted in jazz and R&B, which perfectly suits the sketch show. This extends from the opening tune to commercial break transitions, the closing theme, and the music needed for the sketches themselves.

Shore was the first musical director of Saturday Night Live starting in 1975. He served on the staff for five years until 1980, where he would later win three Oscars for his musical talents in The Lord of the Rings: The Fellowship of the Ring and the third installment, Return of the King. Shore later earned another nomination for his work on Martin Scorsese’s Hugo.

Shore spoke about the Saturday Night Live opening theme song in James Andrew Miller and Tom Shales’ book, Live From New York. He confirmed that there was never a “traditional” theme to speak of. However, he thought of it as “inherent in the nature of the show.”

“I wanted the theme music for the show to have an improvisational feel, like the show itself, and I wanted it to grow and change from year to year,” Shore said. “And that’s why when I listen to the show now after 25, 26 years, it still sounds fresh to me and sort of classic, and it wouldn’t have if you kept hearing the same hummable melody over and over.”

Shore differentiated the Saturday Night Live opening theme song from the “big band” sound that some audiences may expect from it. He referred to the “formalized arrangements” of other programs where they simply play what they’re told. However, Shore wanted to do things a little bit differently.

He thought of the band in a similar way to how the cast operated, wanting them to bounce off one another, rather than playing what’s on a sheet of paper. However, Shore is a saxophone player, so he wanted to put a special emphasis on the instrument within his pieces for the show.

Since Shore’s departure from Saturday Night Live, four other people took over the musical director role. Kenny Vance picked up the title for a year starting in 1980, whereas Tom Malone stuck around for four years until 1985. Next, G.E. Smith stuck around for a decade until Lenny Pickett took it on. He’s still currently in the role.