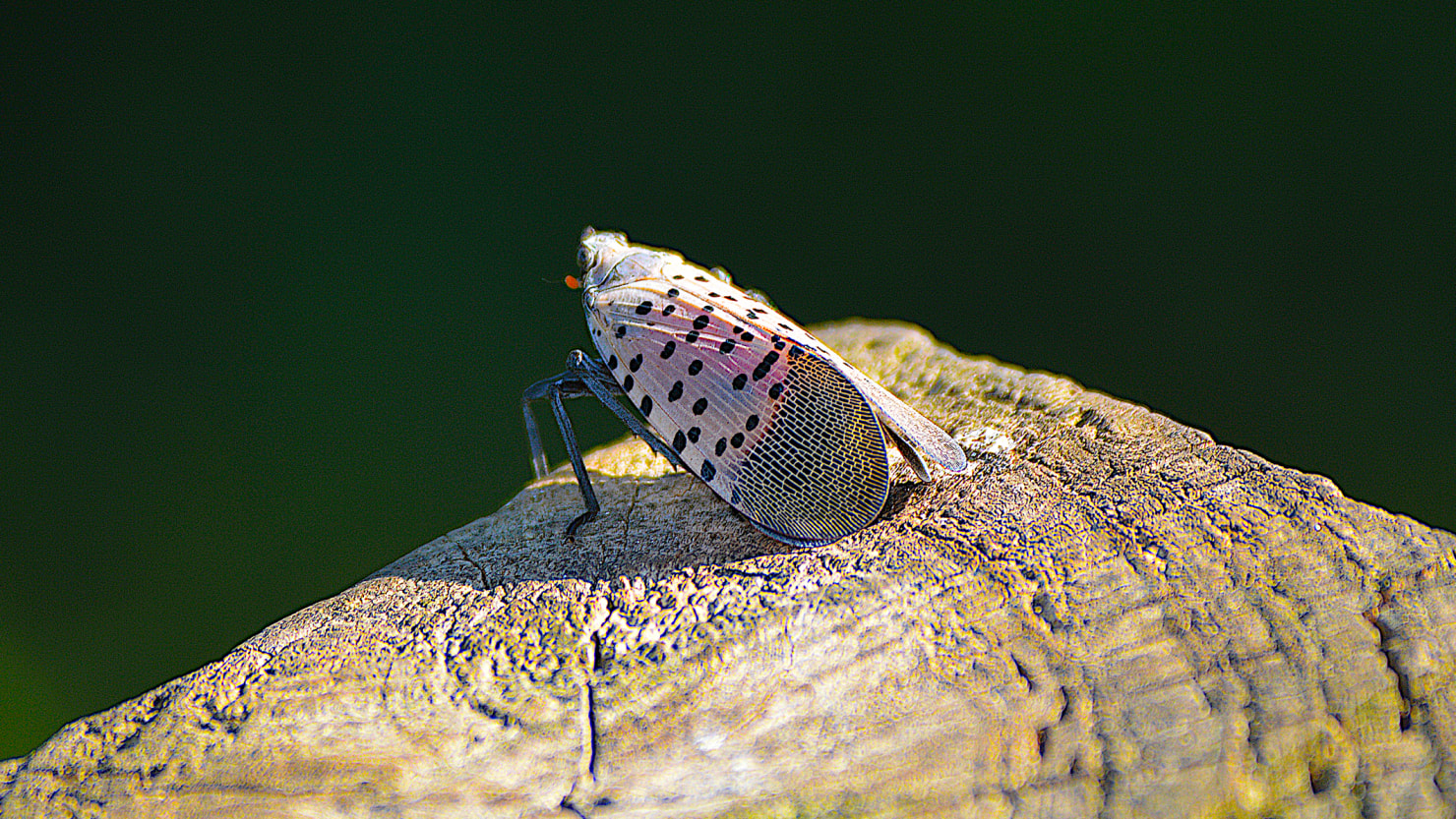 As far as flying insects go, the lanternfly has a pretty charm to it. Its spotted wings come in a rich tricolor flavor of gray, red, and black. Its flight through the air is carefree and slow. And their gathering on any number of trees is a reminder of the dense community of organisms that surround us every day.

But lanternflies are also dangerous as hell for the crops that produce our fruit, and trees that sustain our ecosystems. They sustain themselves on sap and produce honeydew as a waste product, which encourages the growth of sooty mold on whatever plant it’s deposited on. The fungal disease can quickly wreak havoc on the planet’s health. Since lanternflies often crowd in large numbers on trees and plants, it results in a lot of excreted honeydew—and the enormous devastation and even death for these plants.

But scientists may have just found a secret weapon to harness against the lanternflies: their own sugary poop.

A team of researchers led by the U.S. Department of Agriculture have spent a lot of time studying and analyzing the honeydew excretions left behind by lanternflies. In a new study published Monday in Frontiers in Insect Science, they reveal that male honeydew excretions are extremely successful at attracting other male lanternflies, while both males and females were only slightly attracted to female honeydew.

In addition, the researchers broke down the honeydew secretions in the lab and were able to determine which chemical compounds can be localized to attract and repel male and female lanternflies, respectively.

Whatever the strategy, the end goal would be the same: helping eradicate the species more broadly.

“This research is important because the first step to managing any pest is to understand their biology and behavior,” the USDA’s Miriam Cooperband, who led the new study, said in a press release. “As we learn more about the behavior of the spotted lanternfly, we hope to find a vulnerability that we can use to develop pest management tools to reduce its population and spread.”