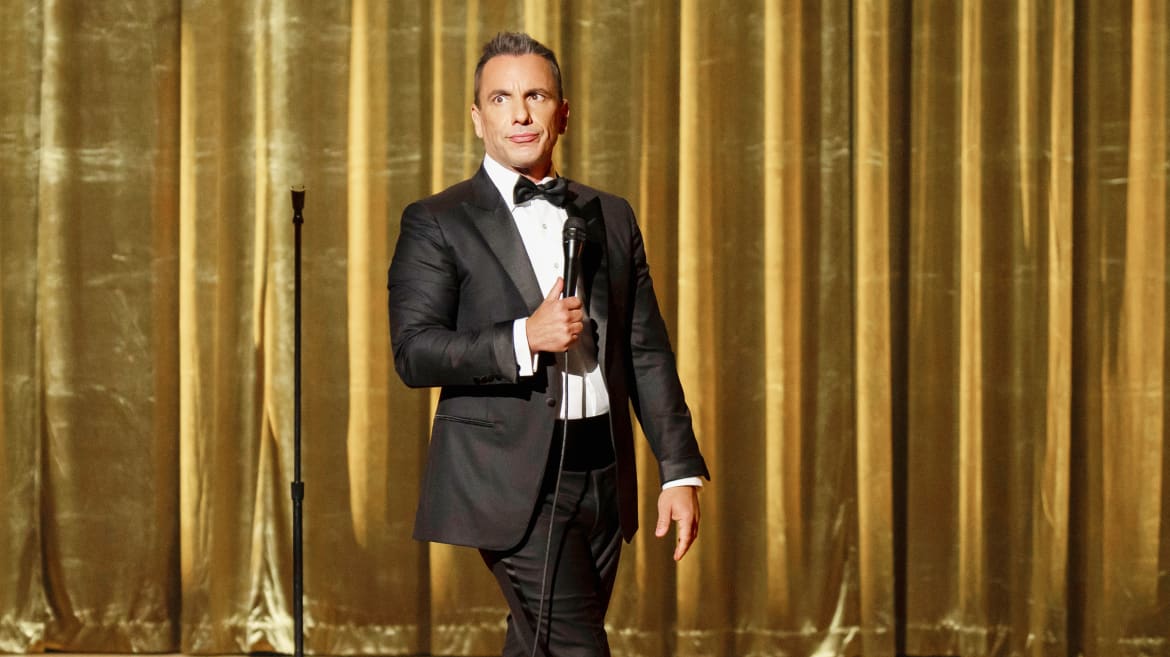 Sebastian Maniscalco is consistently one of the highest-grossing stand-up comedians in the country. And now, with the new Netflix special Is It Me? and upcoming autobiographical movie About My Father, co-starring Robert De Niro, he’s about to become a household name.

In this episode of The Last Laugh podcast, Maniscalco opens up about doubling down on nostalgia and (mostly) avoiding controversy in his new special. He also talks about how the comedy world has changed for better and worse since he got his start in the late ’90s, shares stories from the sets of Green Book and The Irishman, and explains how he decided to embrace the most embarrassing moment of his career on Jimmy Fallon’s Tonight Show.

Maniscalco spends so much time on the road that when I ask him at the top of our Zoom call where he is, he looks momentarily confused. “Where am I?” he asks himself. “I’m in Charlotte, North Carolina? I had to look out the window to see where it was.”