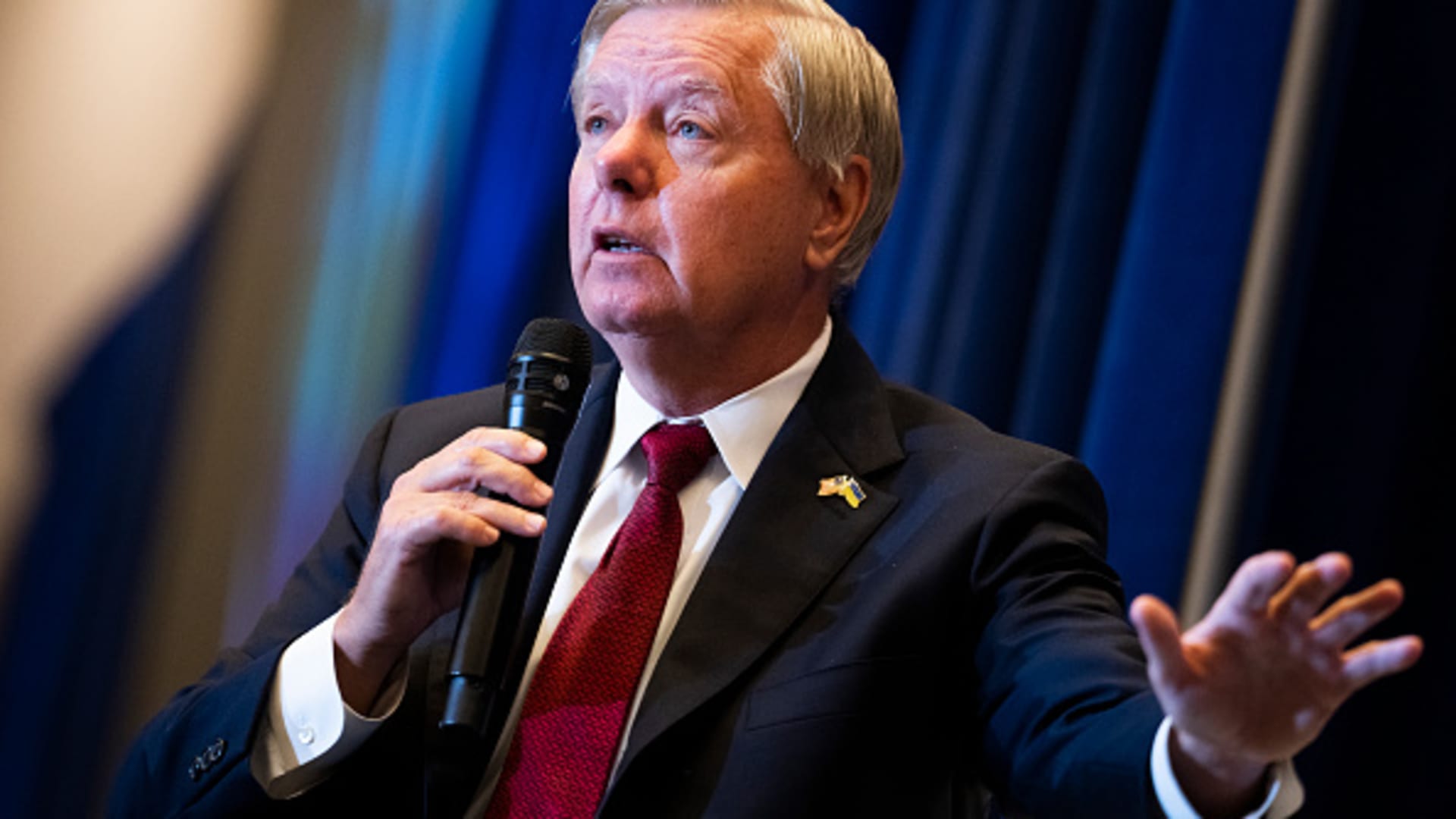 Republican Sen. Lindsey Graham introduced a bill Tuesday that would ban most abortions nationwide starting at 15 weeks of pregnancy.

The South Carolina senator introduced the bill less than three months after the Supreme Court overturned Roe v. Wade, the landmark ruling that established the constitutional right to abortion. The measure would sharply narrow abortion access in numerous states — especially blue states, which tend to have more abortion rights protections.

The legislation has little chance of passing Congress as it currently stands, as Democrats hold slim majorities in both the House and Senate.

It arrives ahead of the pivotal November midterm elections, where expectations of a Republican rout have been thrown into doubt as evidence mounts that the reversal of Roe has galvanized Democratic voters. Pro-abortion rights advocates have warned that a GOP takeover of Congress would lead to an erosion of women’s rights, and many were quick to hold up Graham’s bill as a prime example.

“Are you all ready for a nation wide abortion ban? Vote for republicans and that’s what you’ll get,” tweeted progressive activist David Hogg Tuesday morning.

While the title of Graham’s bill suggests it would bar only “late-term” abortions, it would restrict the procedure nationwide after less than four months of pregnancy, a threshold that falls within the second trimester.

Abortions are typically considered “late term” at 21 weeks of pregnancy or later, according the health-policy nonprofit KFF. But that organization notes that that phrase is not an official medical term, and that abortions at that stage are rarely sought and difficult to obtain.

The 15-week limit precedes the point of fetal viability, generally considered to be about 24 weeks’ gestation. The Supreme Court ruled in Roe that women have the right to obtain an abortion before viability, and that states can start to impose restrictions after that point.

In the June ruling Dobbs v. Jackson Women’s Health Organization, the high court by a 5-4 margin struck down Roe and Planned Parenthood v. Casey, another case upholding abortion rights. The ruling, by a court that had grown much more conservative after the appointment of three of former President Donald Trump’s nominees, gave individual states the power to set their abortion policies.

Numerous Republican-leaning states immediately moved to ban abortion outright, while many Democratic leaders have sought to enshrine protections for the procedure.

Graham, a close Trump ally, had previously expressed support for states setting their own abortion laws. “That, in my view, is the most constitutionally sound way of dealing with this issue and the way the United States handled the issue until 1973,” Graham tweeted in May.

But Graham has also introduced legislation to restrict abortion at the national level — though his 2021 bill would have banned abortion after 20 weeks, rather than the 15-week limit in the current version.

“Abortion is a contentious issue. Post Dobbs, America’s got to make a decision,” Graham said at a press conference Tuesday unveiling the new legislation.

The White House slammed Graham in a statement later Tuesday, calling the bill “wildly out of step with what Americans believe” and touting the Biden administration’s legislative goals while accusing Republicans of “taking rights away from millions of women.”