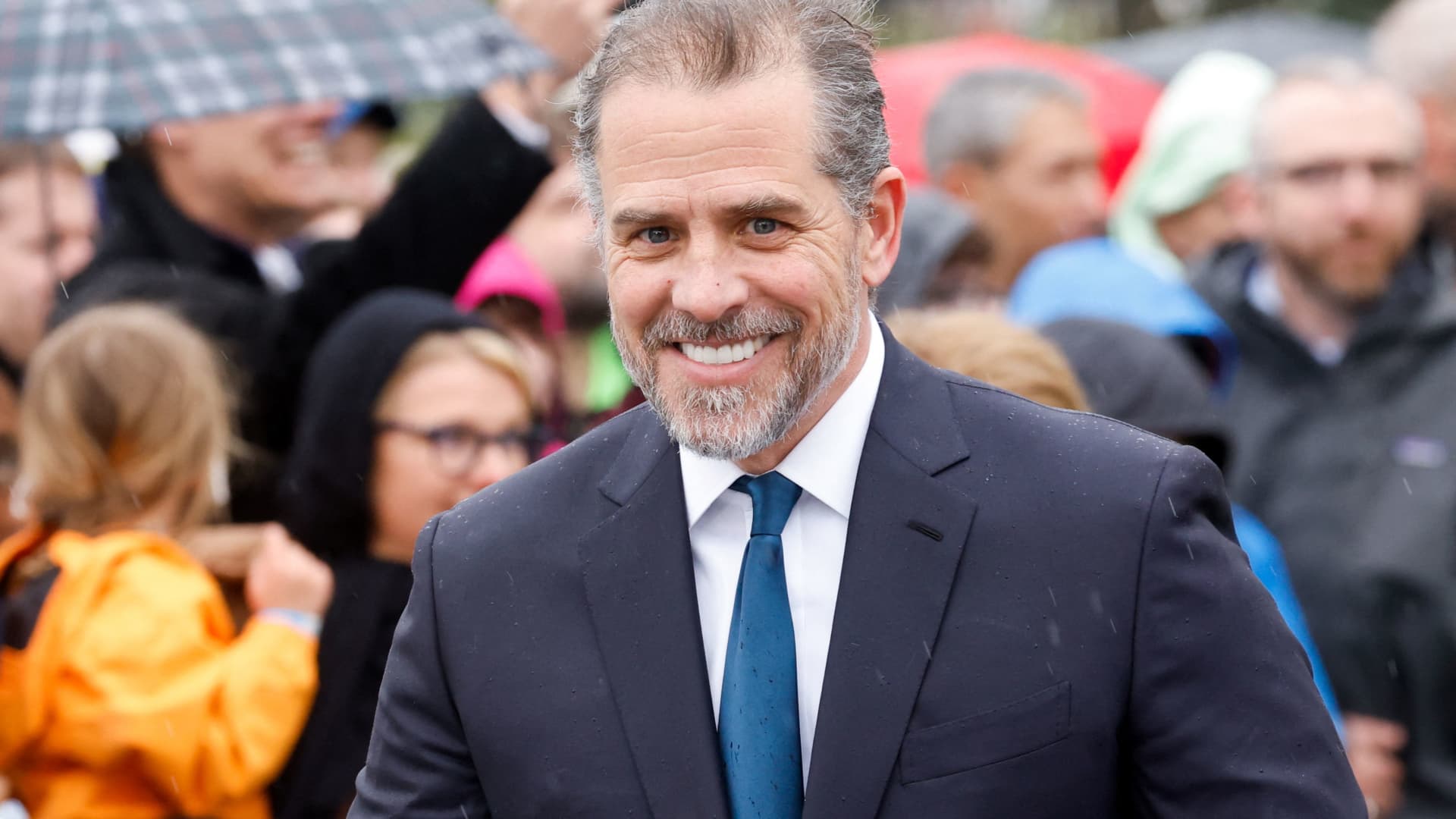 Hunter Biden looks on during the annual Easter Egg Roll on the South Lawn of the White House in Washington, April 18, 2022.

More than 30 Senate Republicans asked Attorney General Merrick Garland on Monday to give the federal prosecutor who has been investigating Hunter Biden for several years “special counsel protections and authorities.”

The group, which includes Senate Minority Leader Mitch McConnell of Kentucky, wrote in a letter to Garland that the move is warranted because the criminal investigation involves President Joe Biden’s son. They also contended it would “avoid the appearance of impropriety.”

If Garland honors the request, it could give Republicans and Democrats in Congress insight into the grounds for any future decision by Weiss on whether to prosecute Hunter Biden. Lawmakers might not otherwise get that justification if Weiss is not granted special counsel status.

Giving Weiss that status also would force Garland to explain to Congress any disagreement he had with an action proposed by Weiss during the probe, up to and including a recommendation that Hunter Biden be charged.

Former President Donald Trump and his GOP allies have for years used Hunter Biden and his business dealings to lodge attacks against the president.

Hunter disclosed the existence of the criminal probe in late 2020, shortly after his father was elected president. He said that he had been informed that Weiss was looking into his “tax affairs.”

“I take this matter very seriously but I am confident that a professional and objective review of these matters will demonstrate that I handled my affairs legally and appropriately, including with the benefit of professional tax advisors,” Hunter said at the time.

In their Monday letter to Garland, the Republican senators wrote, “There is no way of knowing the entire scope of the investigation, but evidence seems to be mounting that Hunter Biden committed numerous federal crimes, including, but not limited, to tax fraud, money laundering, and foreign-lobbying violations.”

However, Hunter Biden has not been charged with any of those crimes. It is not clear if he will ever be charged.

An Arkansas woman who had a child by Hunter Biden out of wedlock testified before a federal grand jury in Delaware earlier this year as part of the criminal probe, her lawyer told CNBC in March. The lawyer, Clint Lancaster, also said that the woman had handed over a significant amount of Hunter’s financial records to federal investigators.

“I expect him to be indicted,” Lancaster said about Biden at the time. “Just based on what I saw in his financial records, I would be surprised if he’s not indicted.”

Hunter Biden’s criminal defense lawyer Christopher Clark did not immediately respond to a request for comment on the letter to Garland. Nor did spokesmen for Garland and Weiss.

CNBC has asked Weiss’s office if he sought the special counsel designation.

Trump appointed Weiss as the top federal prosecutor in President Biden’s home state. Weiss was allowed to remain in his job, unlike other U.S. attorneys appointed by Trump, and to continue his probe of Hunter Biden when President Biden took office.

Under federal law, the attorney general can appoint a special counsel when an investigation or prosecution of a person by a U.S. Attorney’s office or the Department of Justice “would present a conflict of interest for the Department or other extraordinary circumstances.”

A spokeswoman for Sen. John Cornyn, R-Texas, one of the signatories of the letter to Garland, said in an email to CNBC that if the attorney general complied with the letter’s request, Weiss would “get the protections and authorities of special counsel, as [Trump’s attorney general William] Barr did with U.S. Attorney John Durham.”

Barr appointed Durham as special counsel to investigate the origins of the DOJ’s investigation of Russian interference in the 2016 election and contacts between Trump’s campaign and Russians.

Special counsels can lodge criminal charges, just as U.S. attorneys can do, during an investigation.

But by law they also are required to give the attorney general a confidential report explaining why they decided or declined to prosecute anyone in the case.

The attorney general also is required under the law to notify the chairman and ranking minority member of both the Senate and House Judiciary committees with an explanation for any appointment of a special counsel, and the removal of any special counsel.

The law says that when a special counsel concludes an investigation, the attorney general must notify those same members of Congress with “a description and explanation of instances (if any) in which the Attorney General concluded that a proposed action by a Special Counsel was so inappropriate or unwarranted under established Departmental practices that it should not be pursued.”

The law also says the attorney general can determine that public release of a special counsel’s reports “would be in the public interest.”