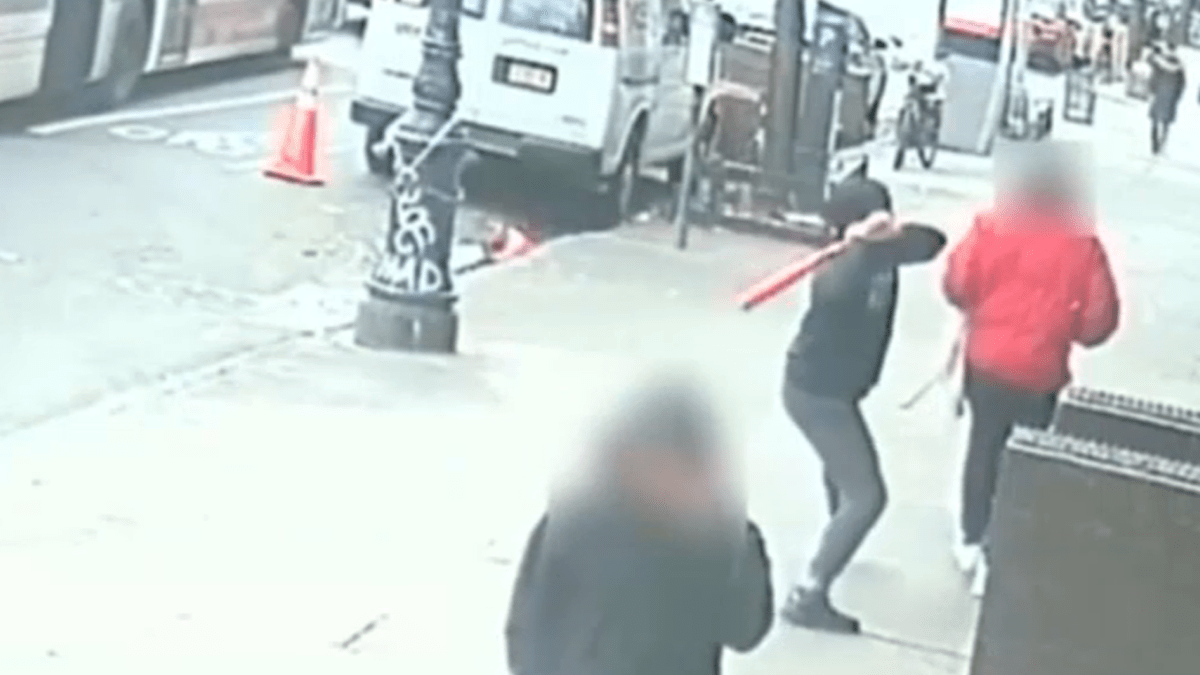 A senseless sidewalk attack involving a baseball bat has police looking for the violent assailant seen on disturbing new surveillance video swinging at an unsuspecting man.

The NYPD released the shocking piece of video days after the Tuesday morning attack along Amsterdam Avenue in Harlem. Police said it happened around 8 a.m.

A surveillance camera captured the victim, in a puffy red jacket, walk casually down the sidewalk when a hooded man dressed in black moving at a quick paces catches up to him. The suspect turns away from the victim briefly before pulling a brightly colored baseball bat from inside his pants.

That’s when the video shows the perp take a few brisk steps back toward the victim and swing the orange bat at the back of the 47-year-old man’s head, knocking him to the ground.

The bat swinging man appears in the video to yell at the victim as he’s rolling around on the ground and seemingly steps forward suggesting he could strike him a second time. He starts to walk away with the bat while continuing to shout at the victim.

Police said the man suffered a gash to his head and some bruising. He was taken to a hospital in Harlem to be treated for his injuries.

A motive behind the attack is not yet clear, and police did not provide any additional details about any interaction the two men may have had prior to the violent attack.

The suspect was last seen in a hooded “Nike” sweatshirt and gray sweatpants. Anyone with information about his whereabouts is asked to contact Crime Stoppers at 1-800-577-TIPS.