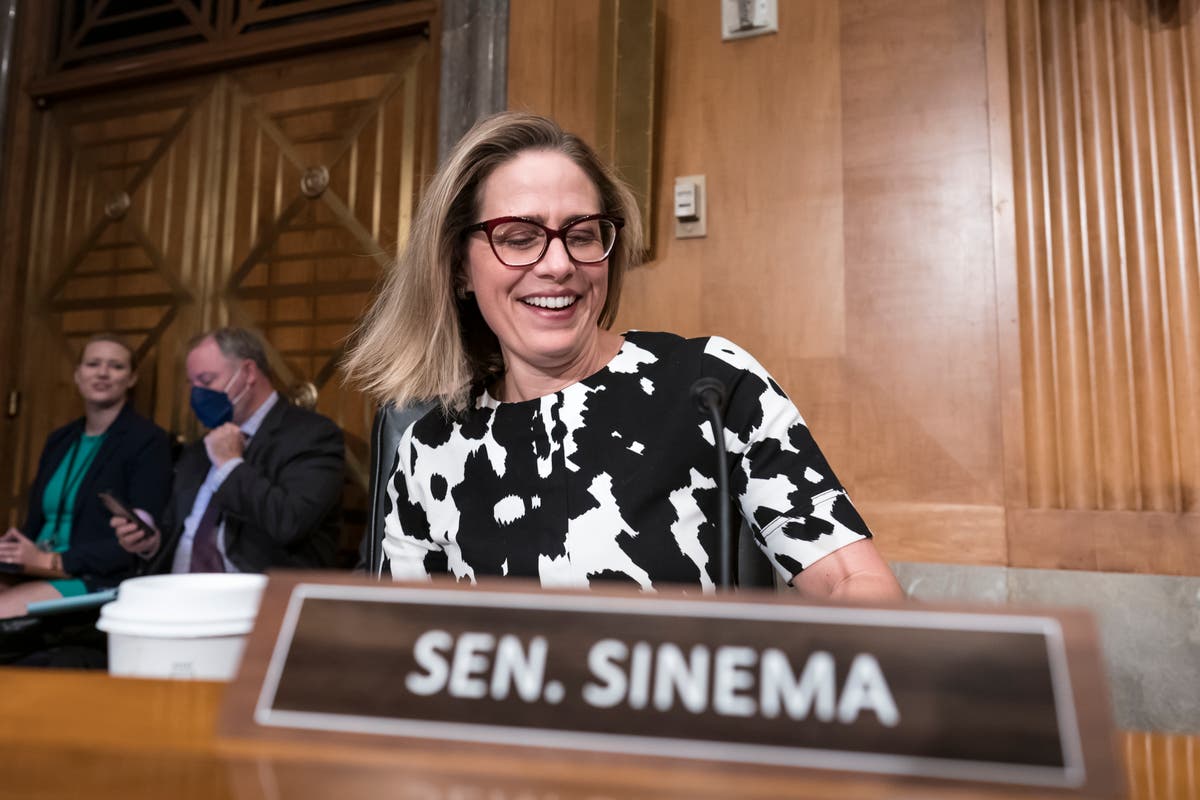 Less than three days after Democrats celebrated victory in the final Senate contest of the 2022 midterms, the challenges facing the party heading into the next campaign came into sharp relief.

The decision by Sen. Kyrsten Sinema of Arizona to leave the Democratic Party on Friday raised the prospect of a tumultuous — and expensive — three-way race in one of the most politically competitive states in the U.S. It set off a scramble among potential Democratic and Republican candidates to assess whether they could win their party’s nomination.

And it prompted difficult questions about whether Democrats might financially and politically support Sinema over their own nominee if she decides to seek reelection in 2024 and is seen as having the best chance of keeping the seat out of GOP hands.

Ultimately, Sinema’s move was a sobering reminder that while Democrats won an outright majority in the Senate this week, their grip on the chamber is still tenuous, giving individual members notable sway over the congressional agenda. And it foreshadowed the even more difficult climate ahead as Democrats defend seats in seven states, including Arizona, that former President Donald Trump carried at least once.

In an interview, Sinema was largely dismissive of such considerations, saying she doesn’t fit into the traditional party system. She said she won’t caucus with Republicans, but declined to say whether she plans to seek a second term in the Senate. Her shift to becoming an independent, however, strongly suggests she’s at least trying to preserve the option.

“My decision is 100% based on what I think is right for me and for our state, and to ensure that I am able to continue delivering real results that make a difference in the lives of Arizonans,” Sinema said in the interview.

Her move completes a unique evolution that has both delighted and infuriated Democrats. She began her career two decades ago as a member of the Green Party. Running for the Senate as a Democrat in 2018, her victory thrilled the party and cemented Arizona’s status as a onetime Republican stronghold that was becoming more competitive.

But she’s steadily grown alienated from the party and has been a barrier to some of Democrats’ top priorities. She has appeared at points to take particular enjoyment in antagonizing the party’s progressive base, whose support will be needed to win a primary in 2024.

She now returns to the position in which she began her political career, as an outsider from both major parties.

“She had a choice: either a tough primary or a tough general, and she chose a tough general,” said Daniel Scarpinato, a Republican political consultant and former chief of staff to GOP Gov. Doug Ducey.

Sinema is taking a different route from Jeff Flake, the former Arizona Republican senator who also got crosswise with his party’s base and opted not to run rather than change his affiliation or enter a primary he would likely have lost. Sinema ultimately won Flake’s seat in 2018, but victory as an independent won’t be easy.

“It’s really hard to do, because all voters are trained at being partisan,” said Chuck Coughlin, a Phoenix-based political consultant who left the GOP after Trump took control of the party. She’ll need to convince a sizable number — perhaps a third — of the members of each party to vote for her and win the overwhelming majority of independents, he said.

The field of potential Sinema rivals began to take shape almost immediately. Both parties could face contested primaries, a dynamic that could help Sinema stay above the fray in a state where parties choose their nominees just three months before the general election.

U.S. Rep. Ruben Gallego, a progressive Democrat and longtime Sinema antagonist, strongly hinted that he’ll run but stopped short of announcing a bid. In an interview, he said that’s always been a decision he planned to make in 2023, but the timeline may have moved up.

“I always thought I could win,” Gallego said. “I think her potential run as an independent doesn’t change that calculus.”

Rep. Greg Stanton, a former Phoenix mayor, all but confirmed his own interest in the race when he tweeted a screenshot of a poll he’d commissioned for a primary challenge to Sinema.

On the Republican side, Pinal County Sheriff Mark Lamb is seriously considering a run, spokesman Corey Vale confirmed. Lamb is perhaps best known for holding a rifle and walking through the desert alongside conservative candidates in their border-security commercials.

Others mentioned as potential candidates include Kari Lake, Blake Masters, Jim Lamon and Karrin Taylor Robson, all Republicans who lost their bids for governor or Senate this year.

Ducey will likely get interest as well, particularly from national donors, though he’s consistently said he has no interest in being a senator.

Outside groups affiliated with the Democratic Party invested more than $33 million to help Sinema win in 2018. Whether they will spend at the same magnitude — or at all — on her behalf in 2024 is an open question. Officials at the Democratic Senatorial Campaign Committee and the Senate Majority PAC, a big-spending super PAC aligned with Senate Majority Leader Schumer, declined to comment.

But the $7.8 million Sinema reported holding in her campaign fund at the end of September is nowhere near enough to mount a competitive campaign as an independent. And she will likely struggle to raise money from Democratic donors who formerly supported her.

Even before Sinema announced she was leaving the Democratic Party, she was hardly a fundraising dynamo. Many in the LGBT community, including major Hollywood financiers who enthusiastically supported Sinema in 2018 as the first openly bisexual woman to run for Senate, have soured on her. Meanwhile, grassroots donors, who often mobilize en masse, chipping in small amounts online to boost their favorite politicians, have never shown much favor toward Sinema, records show.

Instead, Sinema – who likened accepting campaign cash to “bribery” during one of her first campaigns — has come to rely on the finance and business sector as a source of contributions. And she’s sown discord along the way.

Last year, as she single-handedly thwarted her party’s longtime goal of raising taxes on wealthy investors, she collected nearly $1 million from private equity professionals, hedge fund managers and venture capitalists whose taxes would have increased under the plan. Concessions she won from Democrats on drug pricing legislation helped make her a top recipient of pharmaceutical industry cash in 2021.

However, unless she draws support from wealthy donors who can pour in unlimited sums, the contributions she has taken in from business and industry figures alone won’t likely be enough to win in a pivotal battleground state in which Democratic Sen. Mark Kelly raised and spent roughly $90 million to secure his election to a full term in November’s midterms.

Some Democrats caution activists to stay calm despite their frustration with Sinema ahead of the 2024 campaign.

They note that even Blake Masters, who trailed all other statewide Republicans on the ballot in his losing Senate bid, received 46% of the vote. In a must-win state that’s a true tossup, Sinema may still be a more palatable option than surrendering the seat to Republicans following a messy three-way race, they argue.

One group that’s seemingly not upset about Sinema’s decision: the Arizona Chamber of Commerce and Industry.

“We’re excited as ever to work with (Sinema) to advance good policies for Arizona job creators,” the state’s most influential business group said in a tweet.