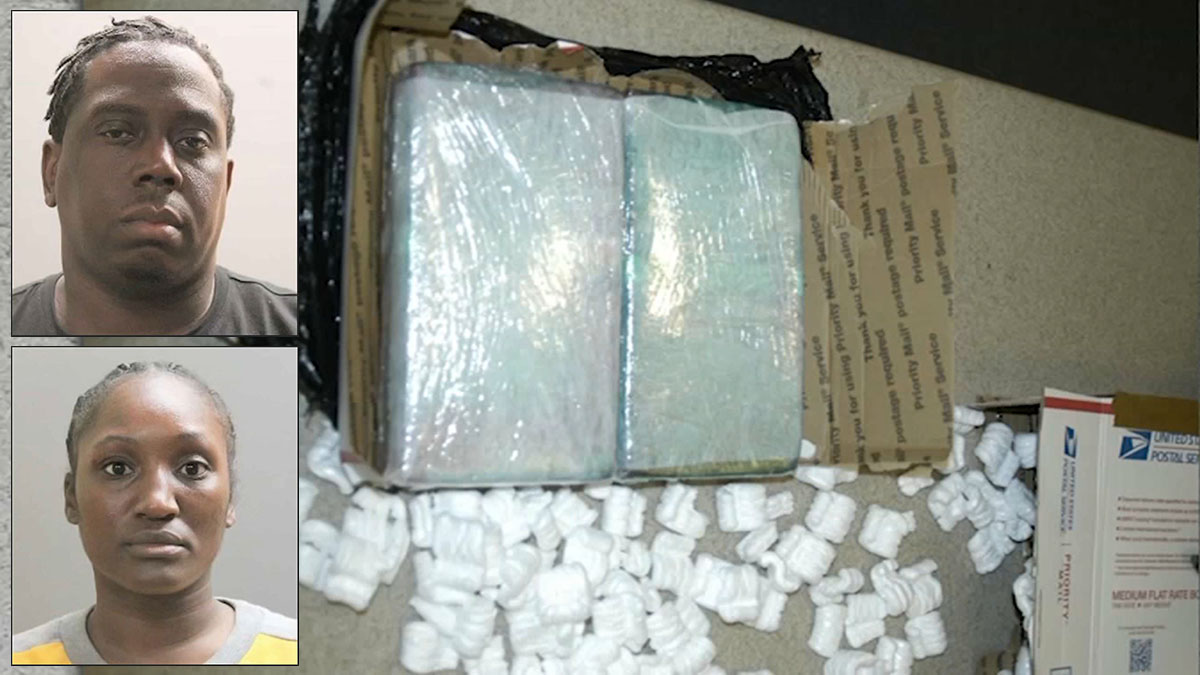 In a million-dollar drug bust on Long Island, police said a duo — a DJ and a U.S. Postal Service worker — were allegedly trafficking cocaine and fentanyl across the country, using the postal service to ship the drugs.

To his fans on his Sirius XM show and on social media, he’s known as DJ Love Dinero. But to prosecutors, he is 40-year-old Lance Holmes, an alleged drug trafficker.

Video provided by the Nassau County District Attorney’s office allegedly shows Holmes walking into a random apartment building to grab a package of drugs, which were left by Adrianna Lewis, a mail carrier who works out of Hempstead.

“She would get them as part of her route to deliver them, and instead of delivering them to the address she would rendezvous with him and give him the packages,” said Nassau County District Attorney Anne Donnelly.

The DA estimates at least 27 kg of cocaine and fentanyl were sent through priority mail boxes from California to Nassau County from Oct. 2021 to Jan. 2022.

“It is shocking when a postal service employee decides to break the public’s trust,” said Kathryn Searles, of the U.S. Postal Service Inspection Service.

Investigators said Lewis received $500 for each package she intercepted and delivered to Holmes. Her attorney said she’s a Rockville Centre resident and mother to a teenage boy. She pleaded not guilty.

“Several packages destined for Hempstead were intercepted from the mail stream, and K9 units conducted sniff tests with the dogs,” said Donnelly.

Prosecutors estimated that they seized $1 million worth of cocaine and fentanyl during the investigation.