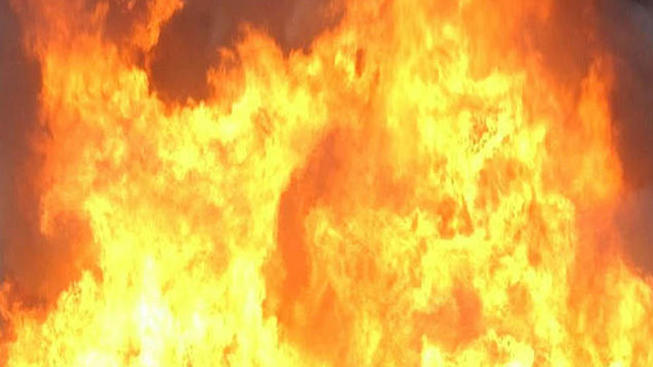 Two sisters in their late teens died when a raging fire engulfed a Southampton home that a group of at least five people had apparently been renting for a summer vacation, authorities say.

It wasn’t immediately clear if the group was comprised of relatives or included friends. They were staying at a home on Spring Lane in Noyack, on Long Island’s South Fork, when flames broke out around 3:30 a.m. Wednesday, police said.

Officers responded and encountered a home fully ablaze — with three people who had already escaped standing helplessly outside as they watched it burn. Crews learned two people — two females in their late teenage years — were unaccounted for and believed to be inside the home. Fire teams from five communities ultimately responded to extinguish the fire.

The victims were found once the flames were out. Both were taken to hospitals, with CPR being performed on the way, but the sisters died of their injuries. No information was released about their identities.

The three people who escaped were taken to a hospital for treatment of injuries described to be non-life-threatening, Suffolk County police said.

Authorities said an ongoing water emergency in the area did not impact the response. The cause of the fire is under investigation.