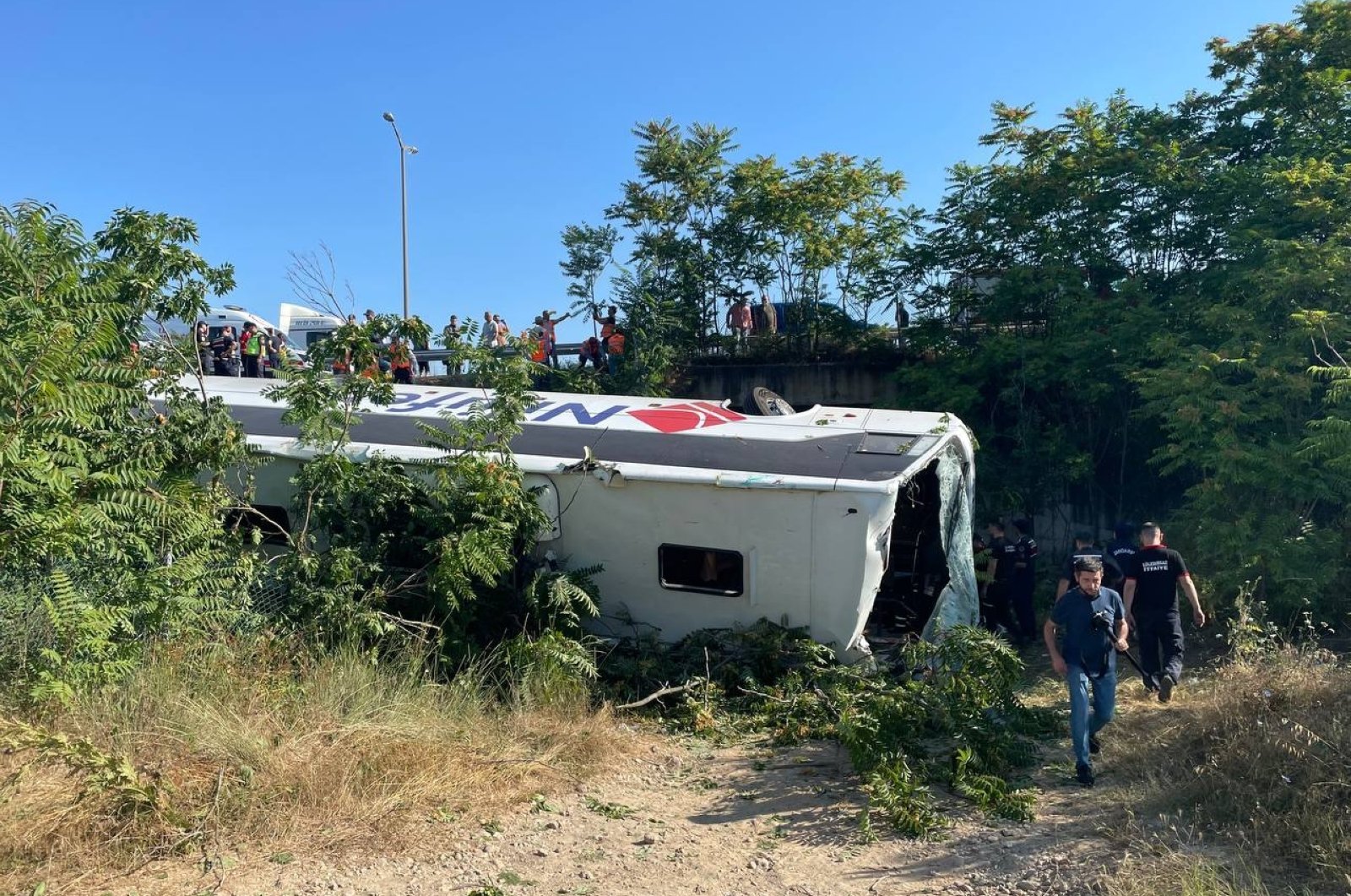 Six people were killed and 25 others were injured when a passenger bus overturned onto the roadside in northwestern Turkey early Tuesday.

The bus was traveling from the northwestern city of Edirne to Bodrum, a popular resort town in the southwest, when it veered off the road in the Lüleburgaz district of Kırklareli. Ambulances and firefighters rushed to the scene to remove the victims from the bus. Authorities said one among the dead was a child while an investigation is underway into the cause of the accident.

This is the third deadly accident in three days across Turkey. On Sunday and Monday, two accidents in western and central Turkey claimed 10 lives.

Most accidents in the country take place in the summer according to official statistics. July is a busy month with more vehicles on the road, with people traveling for their summer holidays. This weekend, Turkey will mark Qurban Bayram (Eid al-Adha), a nine-day holiday that will see thousands of people hitting the road.