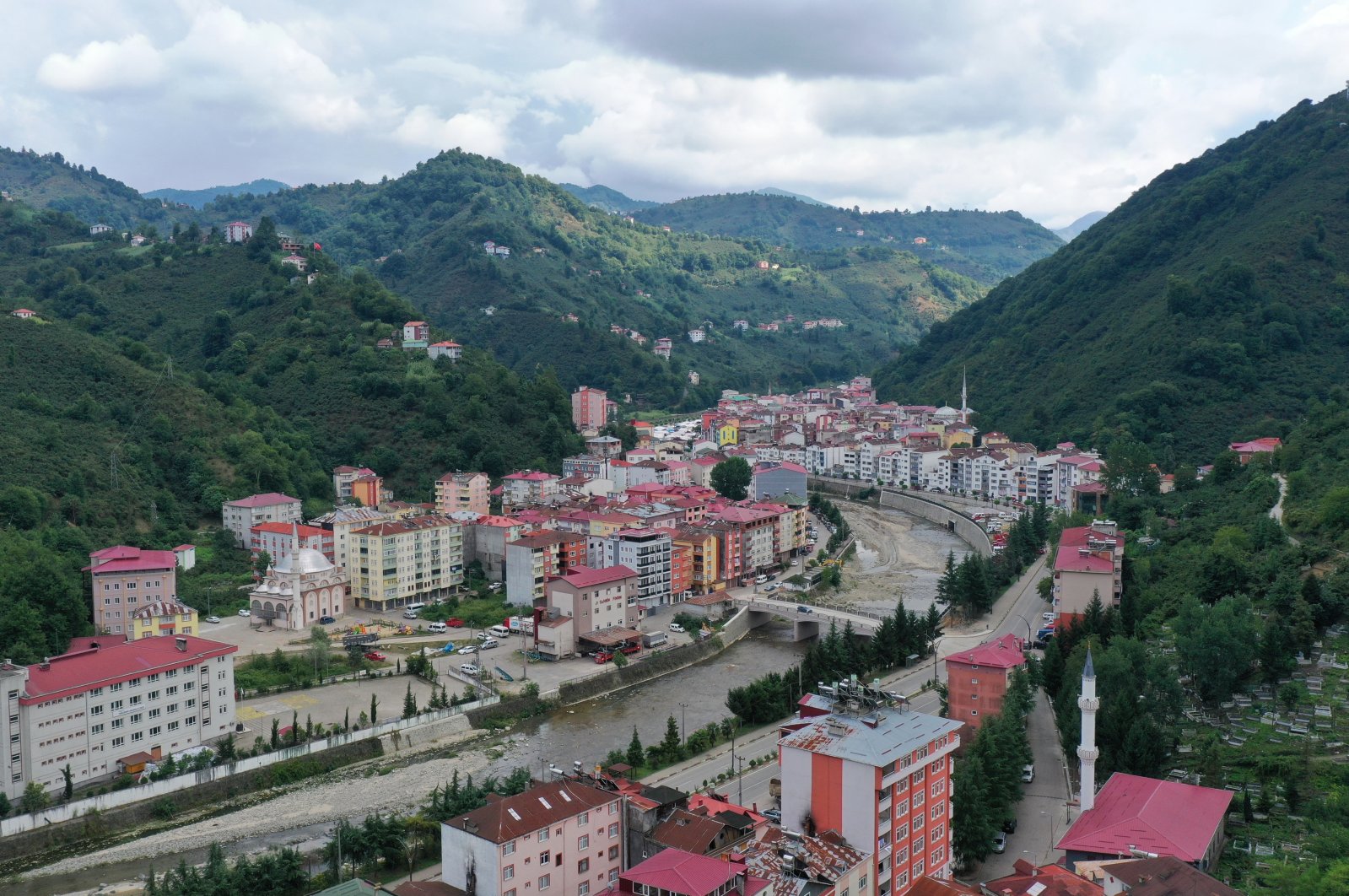 Yağlıdere, a small town of about 15,000 people nestled along a lush valley in northern Türkiye, has more natives thousands of kilometers away than within its borders. Some 30,000 people tracing their roots to this Black Sea town of Giresun province now make up part of the population in New York, New Jersey and Massachusetts, after an almost coincidental influx of migrants to the United States.

Mayor Yaşar Ibaş says some 70% of Yağlıdere natives who arrived in the United States decades ago are now employees. “Most of the gas stations in Long Island, for instance, are owned or operated by people of Yağlıdere,” he proudly says.

Nowadays, the town is flooded by those migrants or their descendants, who spend their summer holidays in this quaint town, which appears to not have changed much since the first wave of migration started in the 1970s.

A post-World War II migration wave took most Turks to Europe, especially Germany which accepted “guest workers,” while a limited number of Turks opted for lands farther away. Though the United States was not a primary destination for many, a visit by a Greek man who was a former native of Yağlıdere, then a village, in the 1960s apparently changed that. Upon his invitation, the first migrant left for the United States in 1968 and encouraged more to settle there, a land of financial opportunities. In the following years, dozens more left Yağlıdere for United States, with the help of the “original” migrant Ihsan Ardın, who later started earning money by arranging travel for migrant workers.

Ibaş told Anadolu Agency (AA) that they estimate the number of people from Yağlıdere in the United States was about 21,000, excluding those without residence permits. He pointed out that the town’s population swells, up to 50,000 at times, during the summer. “All people who grew up in Yağlıdere visit the town at least once in a year. Every one who migrated to the United States came back and built new houses here. Some have as many as five houses and almost all of them built a new house for the family members they left here,” the mayor said.

He also said the natives of the town were hard-working and “entrepreneurs,” noting that they were active in the painting sector in New Jersey and majority of those in Massachusetts and Connecticut were working or running restaurants. For those who stayed in Yağlıdere, the migrants are “an added source of income” for local businesses during the summer. “From jewelers to supermarkets, every business here eagerly await their return for summer holidays,” he said.

Ali Top, 53, is among the “late arrivals” to the United States. He traveled by ship in 2000, settling in New York. Some 22 years later, he now owns a gas station, a grocery store and a used car dealership. “We earn good and we invest what we earned back in Yağlıdere,” Top said. “We always miss Yağlıdere. I was planning to spend this year’s holiday in Marmaris, Bodrum and Fethiye (popular resort towns in southwestern Türkiye) but decided to stay here. Yağlıdere is heaven on earth and besides, it will be good for my son to get familiar with our culture, our people and learn about how they love and respect each other,” he said.

Fatma Özbay, who moved to the United States in her 20s, married a fellow native of Giresun there. The 44-year-old woman echoes Top, saying they wanted their children to learn about Turkish culture.