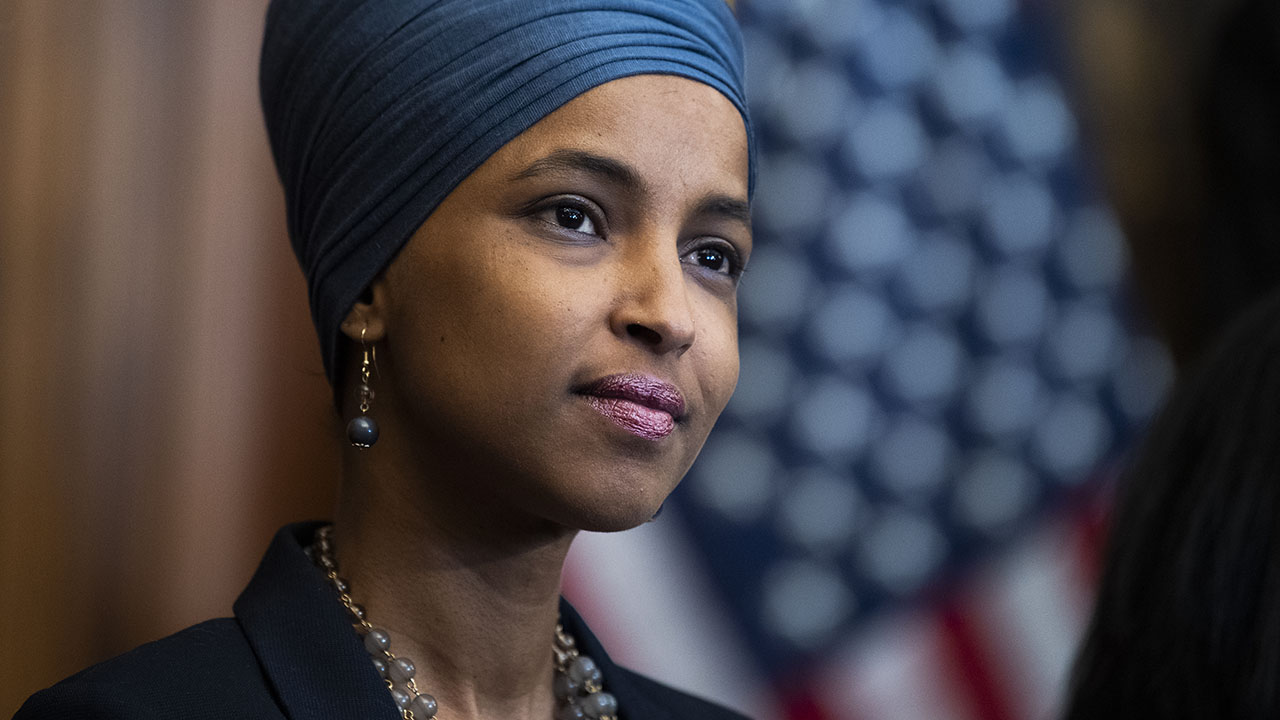 A viral video shows Rep. Ilhan Omar, D-Minn., arriving to a chorus of jeers and booing at a mostly Somali crowd in her homes state over the July 4th weekend.

Omar, 39, made an appearance at the concert featuring Somali singer Soldaan Seraar at the Target Center in Minneapolis on Saturday night, but not everyone was happy to see her.

Omar shared a 14-second clip of her and husband Tim Mynett walking out on stage, but longer videos – which circulated around social media – include people chanting “get out!” and telling the Democrat to “get the f— out of here.”

The videos do not show what prompted such a strong response, but Newsweek reported that some have blamed Omar’s support for abortion and LGBTQ rights for the backlash.

Omar was one of the representatives to appear at pro-choice rallies in Washington, D.C. following the Supreme Court’s decision to overturn Roe v. Wade on June 24.

People rally in support of abortion rights at the state Capitol in Sacramento, Calif., in May 2019. A proposed amendment to the state constitution that would protect the right to an abortion and contraceptives was approved by the state Senate Monday.
(AP Photo/Rich Pedroncelli)

“In almost half of this country, states are ready to ban abortion,” Omar said at a protest at Union Station. “Outright ban abortion. That means if you are sick, if you are raped, there is incest, you are forced to have that baby or die,”

Omar has also remained a strong supporter of more aggressive legislative measures to protect abortion rights, such as ending the filibuster so that Congress can try to codify abortion rights into federal law or expanding the Supreme Court to pack it with more liberal judges.

Peter Aitken is a Fox News Digital reporter with a focus on national and global news.