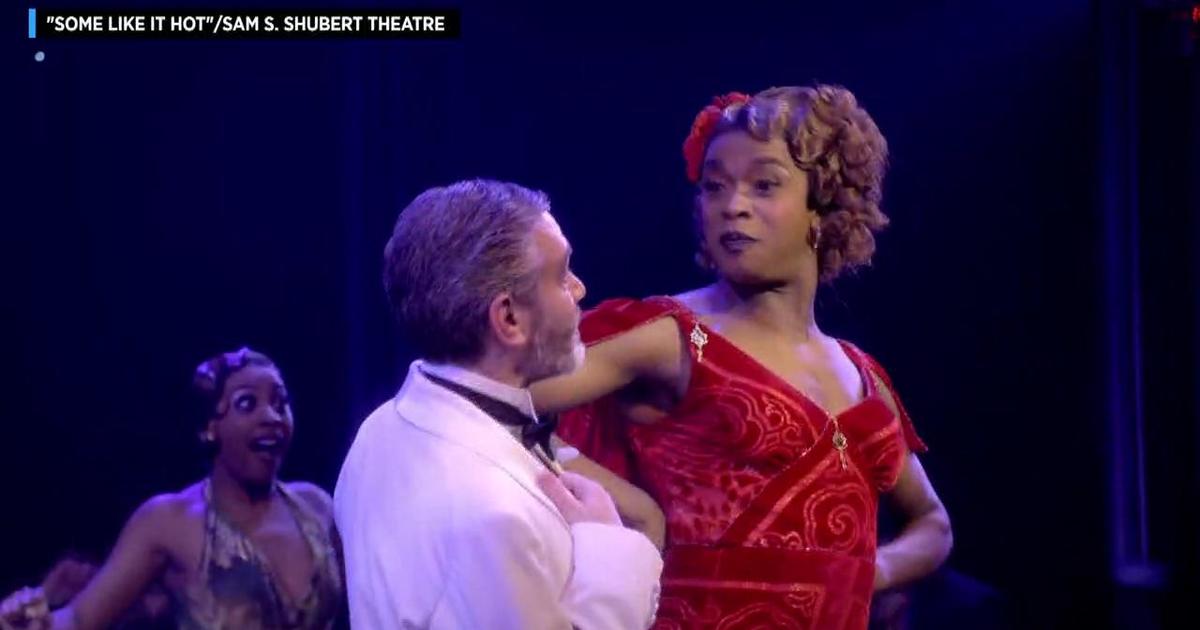 NEW YORK – Opening night for “Some Like It Hot” is Sunday.

The big, splashy musical is based on the classic MGM film.

The material gets an update to give it lots of tap dancing and extra heart.

The new musical taps into the notion that something jazzy, funny, and sophisticated is just what we need.

It’s based on the MGM movie starring Tony Curtis, Jack Lemmon, and Marilyn Monroe. The musicals’ creators knew the source material from 1959 needed updating because times have changed.

“I think people are going to be very happily surprised with what we’ve done with it,” said Christian Borle, who plays Joe.

The musical sticks to the movie’s plot. Joe and Jerry, played by J. Harrison Ghee, witness a mob murder and go into hiding as Josephine and Daphne in an all-woman band. Along the way, they meet the talented Sugar, played by Adrianna Hicks, and assorted lovable characters.

When a character finds their gender to be expansive instead of rigid, the show celebrates that.

“We honor the MGM movie for what it was, but we also show you through the 2022 lens who these human beings are. Whether they have the the language for the times or not, we do try our best to show you so much more than you expect,” Ghee said.

“I think come see the show to be entertained to hear fantastic music and see really amazing performance who are stand out and also to be moved,” said director and choreographer Casey Nicholaw.

That the score is catchy comes as no surprise. The songwriting team, Marc Shaiman and Scott Wittman, gave us the beloved musical “Hairspray.”

“So it’s really the explosion of the big band sound,” said Shaiman.

“They know how to put together something and make it magical, and make it stick with you, and I don’t think the audience will walk away without having one or two songs in their heads, for sure,” Hicks said.

“Some Like It Hot” delivers old-timey entertainment with a modern message of acceptance.