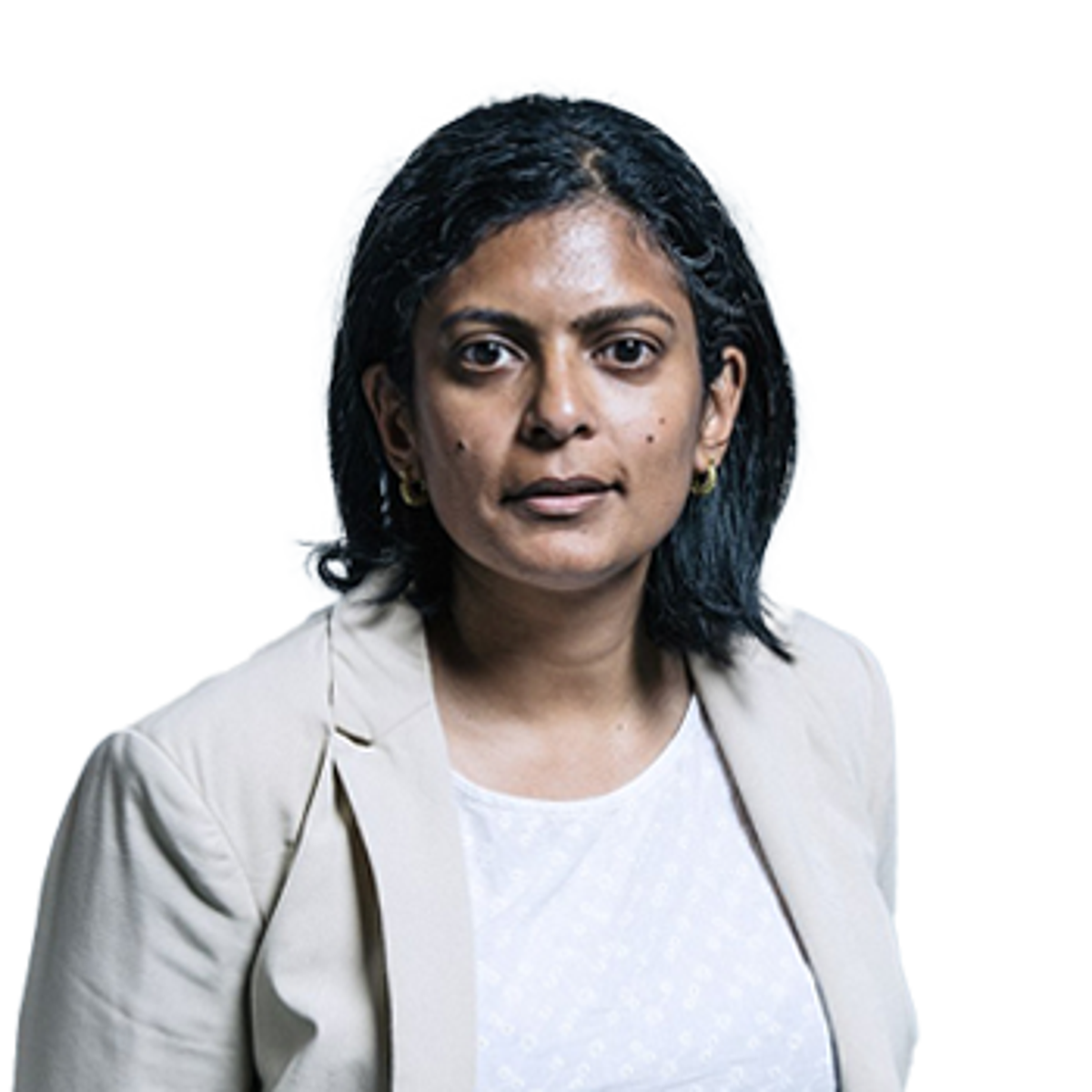 Sources in Rupa Huq’s local Labour party have called for her to lose the whip after she called chancellor Kwasi Kwarteng “superficially’’ black.

Ms Huq can be heard discussing his private school background, before adding that “you wouldn’t know he is black” when hearing him speak, in audio published online.

The MP for Ealing Central and Acton, in west London, appears to have made the comments at a fringe event at the Labour conference in Liverpool on Monday.

A local Labour source said: “Having just been re-selected unanimously it is disappointing to see the MP we campaigned so hard to elect distract the media so disastrously on the day of the leader’s speech. I wouldn’t be surprised if the whip were suspended – in fact it would be deserved”.

In the audio, reported by the Guido Fawkes website, Ms Huq could be heard saying: “Superficially he is a black man.

“He went to Eton, I think, he went to a very expensive prep school, all the way through, the top schools in the country.

“If you hear him on the Today programme, you wouldn’t know he is black.”

“I trust you will join me in unequivocally condemning these comments as nothing less than racist and that the Labour whip be withdrawn from Rupa Huq as a consequence,” he wrote.

Mr Berry said that Sunder Katwala, who was chairing the event for the British Future and Black Equity organisations, was forced to challenge her remarks.

According to Mr Berry, Mr Katwala said that the Chancellor’s Conservative views “doesn’t make him not black … and I think the Labour Party has to be really careful”.