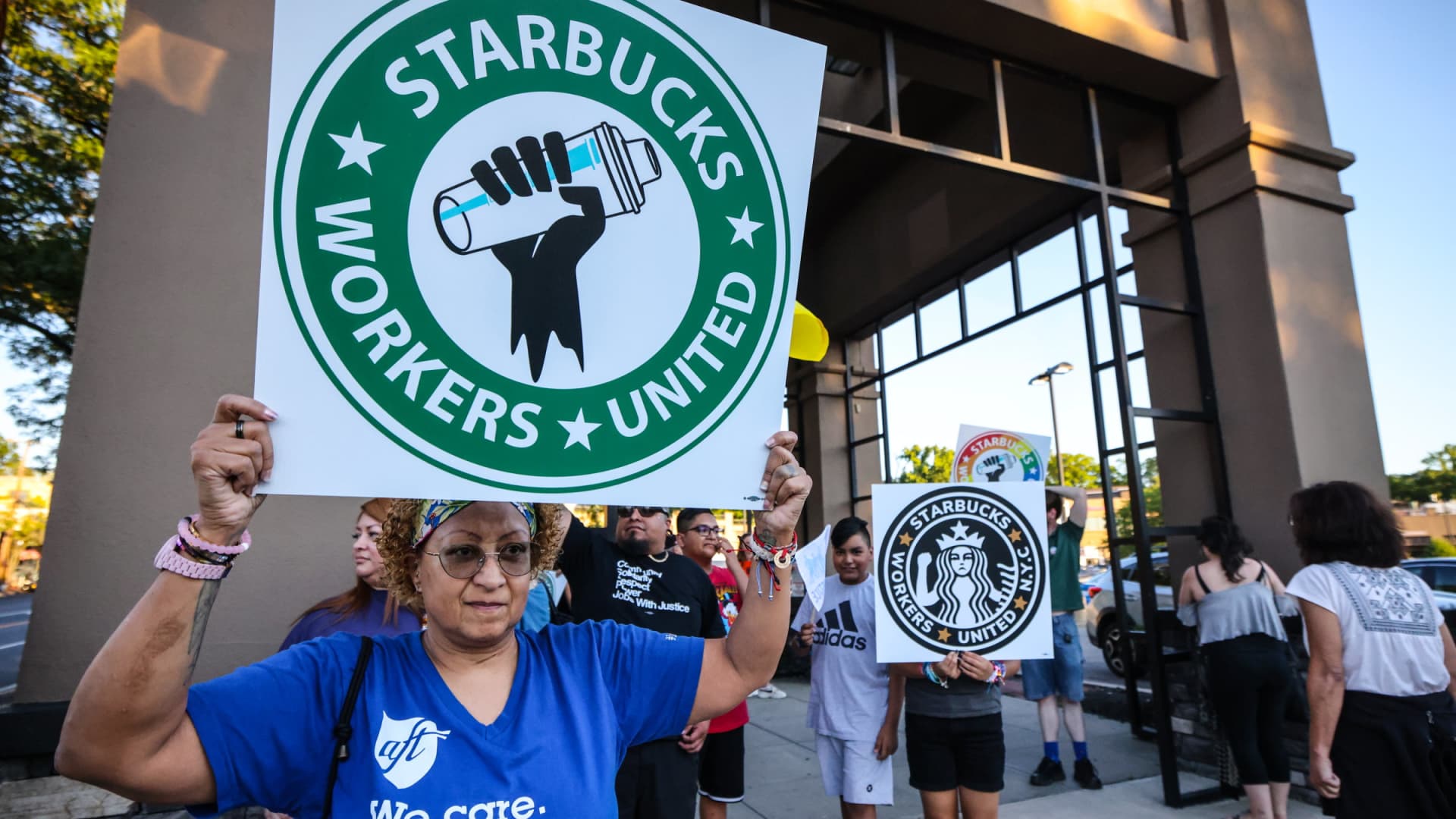 A woman holds up a sign as she joins other protestors in a rally against what they perceive to be union busting tactics, outside a Starbucks in Great Neck, New York, demanding the reinstatement of a former employee on August 15, 2022.

Starbucks said Monday that it wants to start contract negotiations next month at hundreds of U.S. stores that have voted to unionize.

The Seattle coffee giant said it sent letters to 238 stores offering a three-week window in October to start negotiations. All of those stores — located in 36 states and the District of Columbia — have voted to unionize this year in elections that were certified by the National Labor Relations Board.

“We look forward to these negotiations and hopefully setting dates and securing locations for contract bargaining,” the company said in a post on its website.

But Workers United, the union organizing Starbucks’ stores, expressed skepticism about the company’s request. Starbucks opposes the unionization of its 9,000 company-owned U.S. stores. Last month, the company asked the National Labor Relations Board to temporarily halt all elections because of evidence of misconduct.

The unionization effort began late last year at a Starbucks store in Buffalo, New York. That store and two others — one in New York and one in Arizona — are the only ones currently negotiating contracts.

Casey Moore, a labor organizer and union spokesperson, said other stores have reached out to Starbucks to begin negotiations since May but have received no reply. Starbucks said Workers United has directed the company to schedule all negotiations through the union’s president.

Moore said the union’s focus right now is developing core proposals on both economic and non-economic issues to help guide bargaining at individual stores. A national bargaining committee — made up of representatives from unionized stores — has been meeting weekly to discuss those proposals, Moore said.