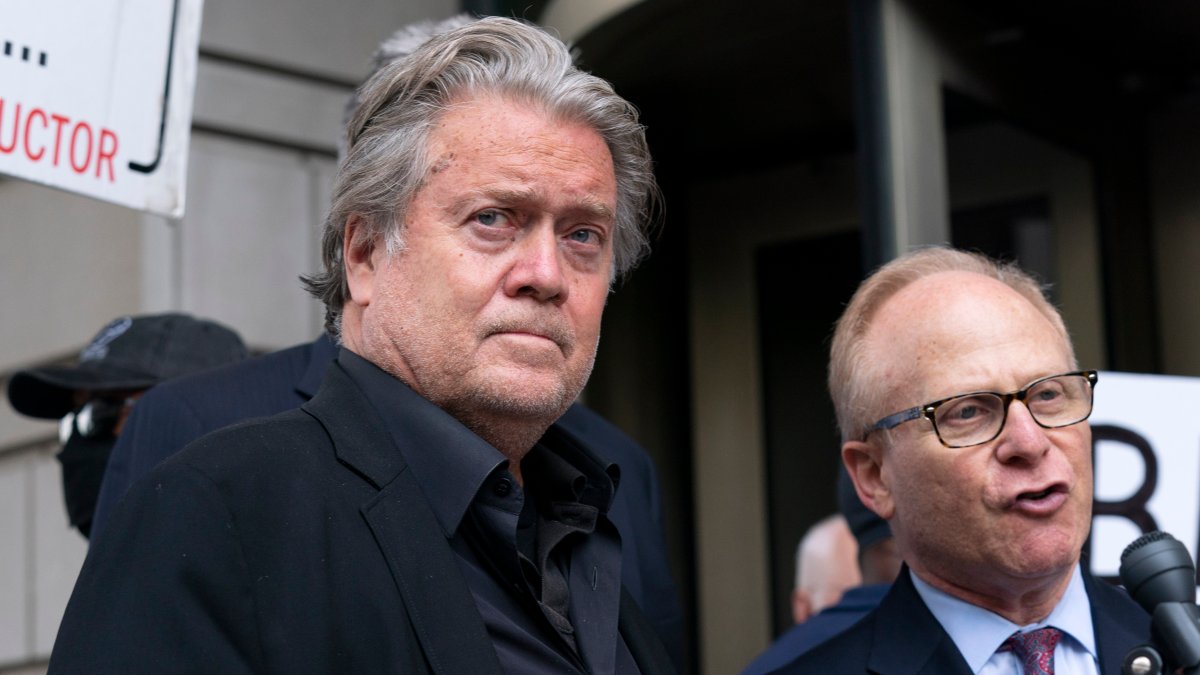 A federal jury on Friday found former Trump White House adviser Steve Bannon guilty of two contempt of Congress charges over his refusal to cooperate with the House committee investigating the Jan. 6 riot at the Capitol.

Bannon was found guilty after a trial that lasted around five days in federal court in Washington, D.C., on two counts: one for refusing to appear for a deposition and the other for refusing to provide documents in response to the committee’s subpoena.

The jury of eight men and four women deliberated for just under three hours before returning the verdict. He faces up to two years in a federal lockup when he’s sentenced. Each count carries a minimum sentence of 30 days in jail.

Bannon was indicted in November on two counts of criminal contempt of Congress, a month after the Justice Department received the House panel’s referral.

Bannon, 68, was one of the most prominent of the Trump-allied holdouts refusing to testify before the committee. He had argued that his testimony was protected by Trump’s claim of executive privilege, which allows presidents to withhold confidential information from the courts and the legislative branch.

Trump has repeatedly asserted executive privilege — even though he’s not a current president — to try to block witness testimony and the release of White House documents. The Supreme Court in January ruled against Trump’s efforts to stop the National Archives from cooperating with the committee after a lower court judge — Tanya S. Chutkan — noted, in part, “Presidents are not kings.”

This is a breaking news story. Please check back for updates.