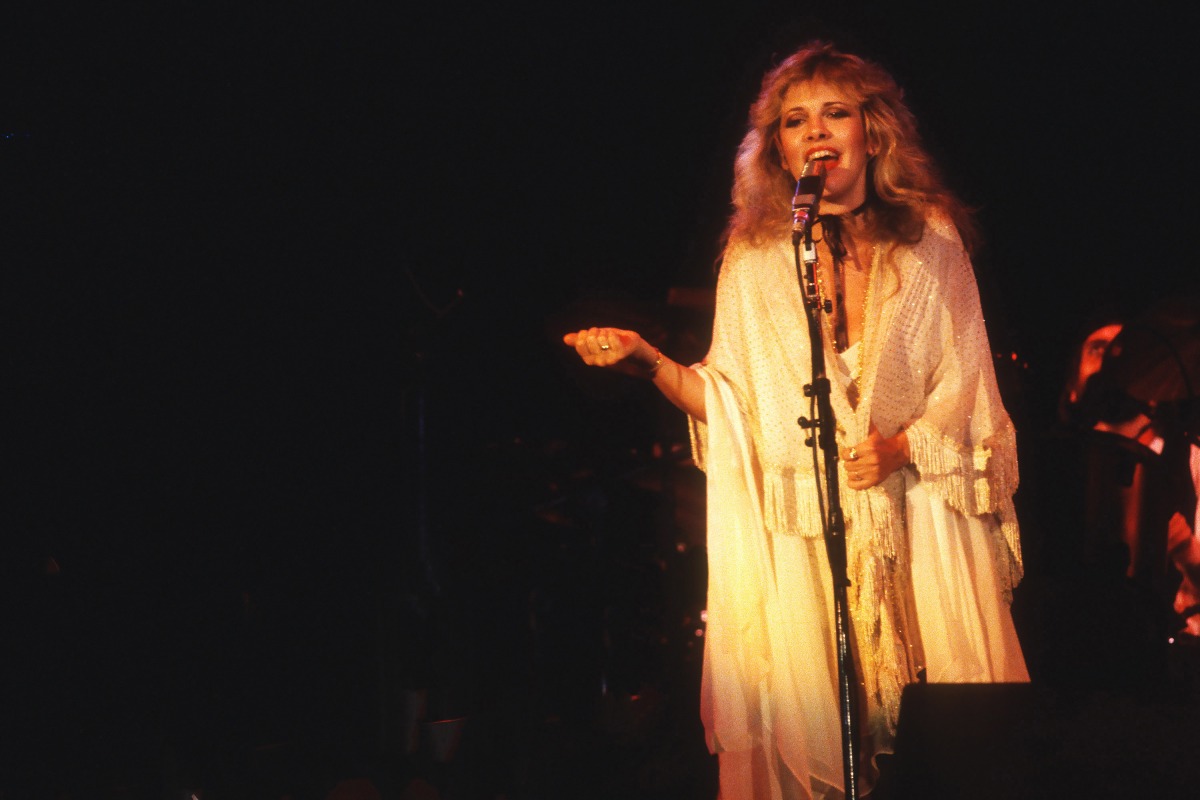 As Fleetwood Mac’s 1979 release, Tusk featured songs like “Sisters of the Moon” and “Sara.” The album’s title, however, was intended as a euphemism, even if it went over Stevie Nicks’ “prudish little head.”

They’re the band behind “Gypsy” and “Dreams.” In 1979, Fleetwood Mac released their album, Tusk.

“I think Tusk is a spectacular record,” Nicks said in the liner notes to the album’s 2015 reissue. “We were all down with getting heavy, but Lindsey was really trying to make it weirder and heavier than any of us were able to comprehend. But we went along. We followed him up that mountain!”

The origins (and inspiration) behind this album’s title and cover art differ based on the source. Rolling Stone mentioned inspiration from the African nature photography of Peter Beard, with the artist adding, “the album was named Tusk because of all my photographs with tusks in them.”

‘Tusk’ was intended as a phallic euphemism, according to some Fleetwood Mac members

After joining the band with Lindsey Buckingham, Nicks appeared as a Fleetwood Mac singer and songwriter. She created “Dreams” and “Storms.” She also appeared on Tusk, despite not liking the title — even if she didn’t understand Tusk was a phallic euphemism at the time.

“That went right over my prudish little head,” Nicks said during an interview with Mojo in 2015. “I wasn’t told that until quite a while after the record was done.”

What Fleetwood Mac songs are on ‘Tusk’

As a departure from their previous projects, Tusk highlighted Buckingham’s interest “in punk and new wave.” According to Rolling Stone, there were also influences from the Beach Boys’ unreleased album Smile – mainly thanks to Christine McVie’s relationship with Dennis Wilson.

The same website reports Tusk took a year to record and became the first album in history to cost more than $1 million. It reached No. 4 on the Billboard 200 Album Chart, a letdown after the success of Rumours.

The 1979 release was remastered in 2015 and added to Spotify. There, “Sara” earned over 50 million plays, while “Tusk” earned over 70 million plays. Others songs from this collection include “What Makes You Think You’re the One,” “Storms,” and “That’s All for Everyone.”

Select songs from this collection were written entirely by Nicks. That includes “Sisters of the Moon,” which some listeners interpreted to be about a dark, gothic woman. Tusk remains available on most major music platforms.

RELATED: Why Stevie Nicks and Lindsey Buckingham Thought for Certain Their 1st Album as a Duo Would Be a Hit (It Flopped and Got Them Dropped)