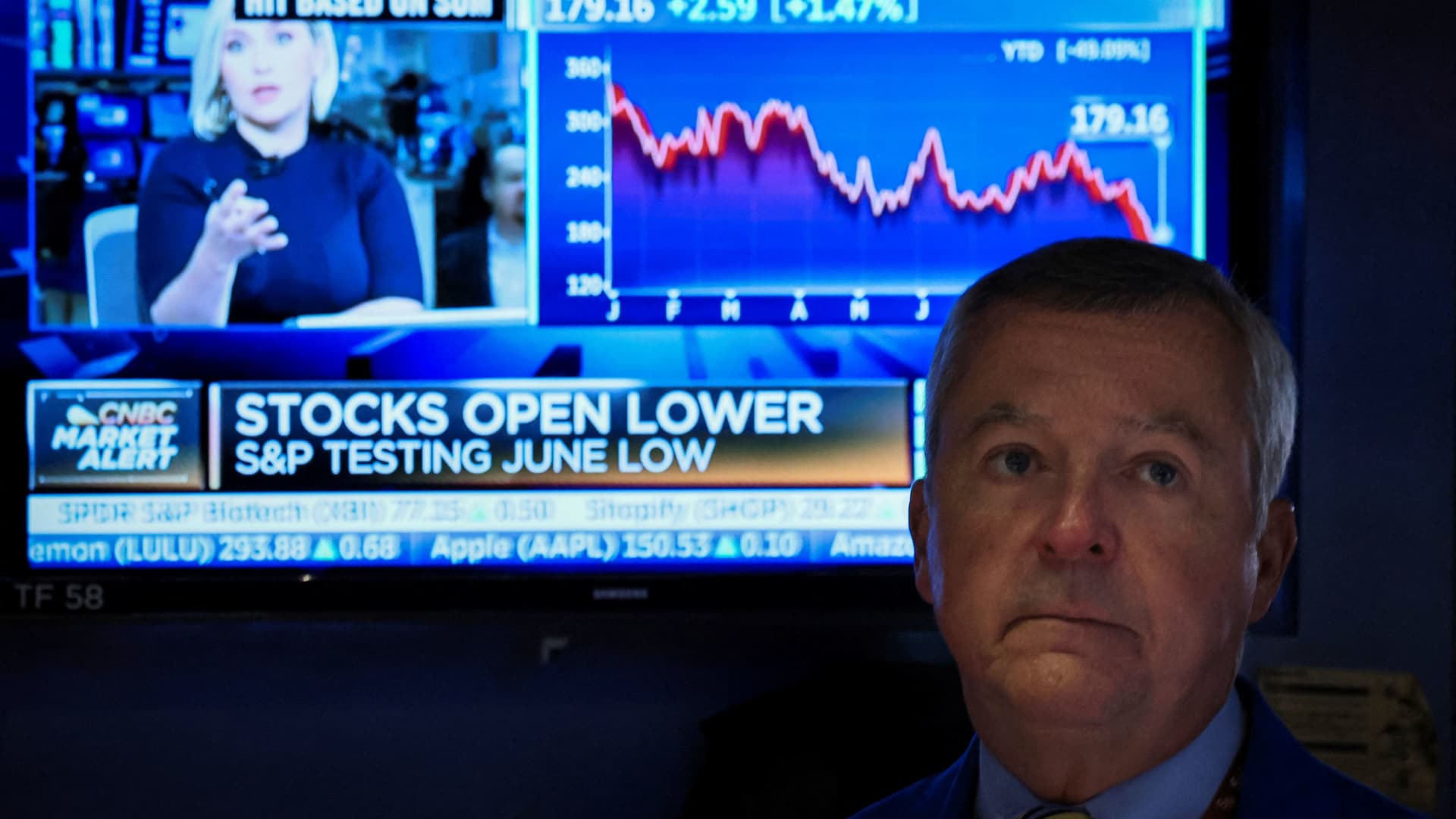 Stock futures were little changed on Monday evening after the market started the week by continuing its dramatic September decline.

S&P 500 futures and Nasdaq 100 futures were flat. Those tied to the Dow Jones Industrial Average rose 10 points, or less than 0.1%.

The move in futures comes after five straight days of losses for stocks, with the S&P 500 Monday closing at its lowest level of 2022. The Dow dropped more than 300 points on Monday, putting it in a bear market after falling more than 20% below its record high.

Technical indicators show that the selling has been historic. According to Bespoke Investment Group, the 10-day advance decline line for the S&P 500 has hit a record low, meaning market breadth is at its worst level in at least 32 years.

The latest round of selling appears to have several catalysts, including an aggressive Federal Reserve and surging interest rates, which in turn have roiled currency markets. On Monday, the British pound slid to a record low against the dollar, unnerving investors on both sides of the Atlantic.

“Typically, US investors wouldn’t care too much about something like this, and especially more recently. And so this to me says that now there is this fear that is gripping investors a lot more than it did before. That in turn will lead to a capitulation moment where we really are at a bottom,” said Max Gokhman, CIO at AlphaTrAI.

On Tuesday, investors will get several new pieces of economic data, including September consumer confidence, August durable goods orders and July home prices. Wall Street has grown increasingly concerned that the Fed’s six-month-long inflation fight will push the economy into a recession.