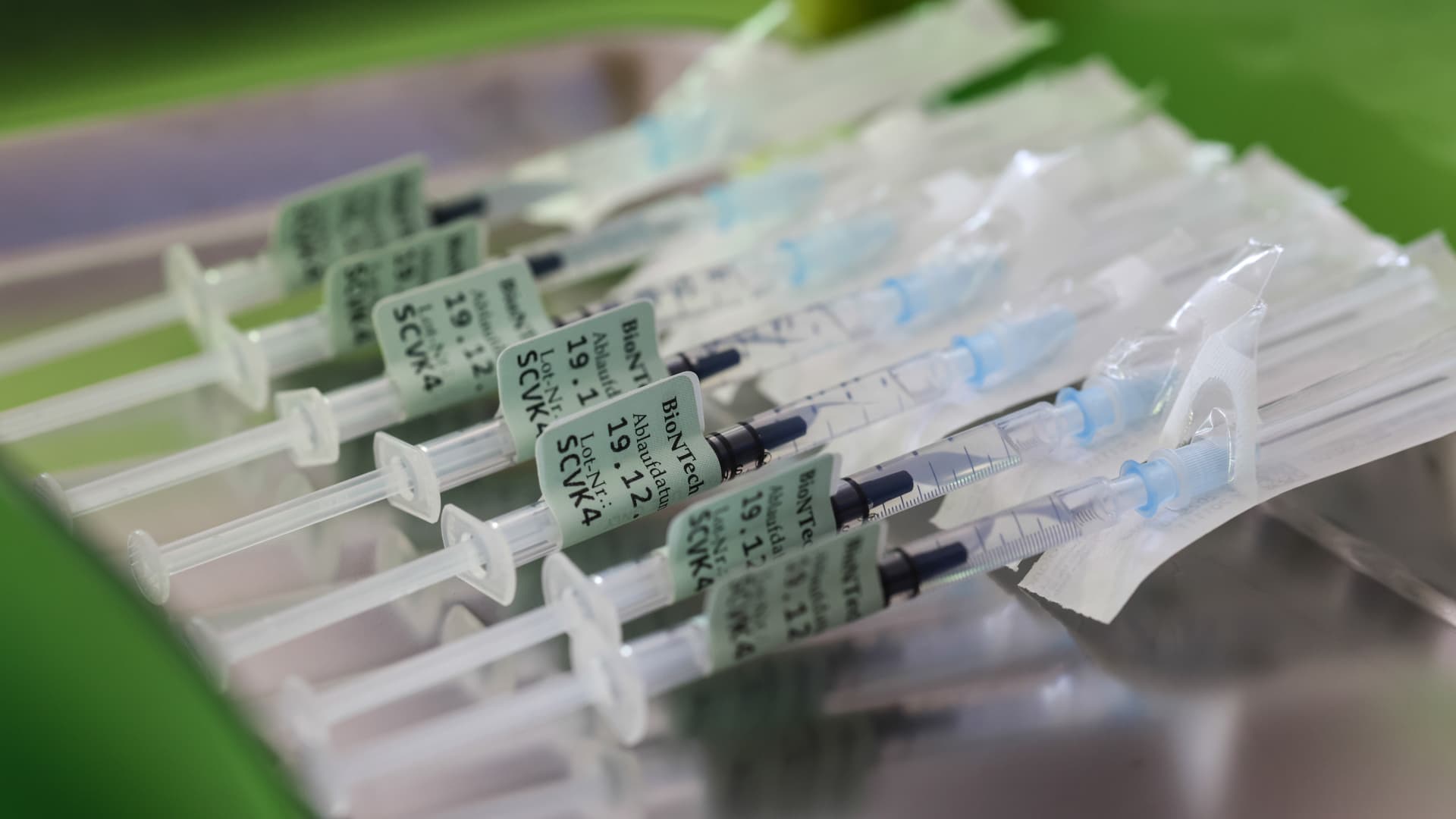 BioNTech (BNTX) – The drugmaker’s shares slid 3.4% in the premarket despite reporting better-than-expected quarterly profit and revenue. Results were down sharply from a year ago, with both profit and revenue off more than 40% from 2021’s third quarter.

Meta Platforms (META) – Meta added 2.6% in the premarket after The Wall Street Journal reported that the Facebook parent was preparing to announce large-scale layoffs this week.

Yamana Gold (AUY) – Yamana Gold lost 2.7% in the premarket after Gold Fields (GFI) said it would not change the terms of its takeover deal with Yamana. Agnico Eagle Mines (AEM) and Pan American Silver (PAAS) submitted a rival offer Friday, but Gold Fields maintains that its bid is superior.

Ouster (OUST) – The maker of lidar sensors will combine with rival Velodyne (VLDR) in a merger of equals, with Ouster and Velodyne shareholders each owning 50% of the combined company. Ouster jumped 5.1% in premarket action while Velodyne rallied 5.6%.

Ryanair (RYAAY) – The airline’s stock gained 6.2% in premarket trading after it reported the largest-ever profit for the first half of the year.

DoorDash (DASH) – The delivery service’s shares were upgraded to “outperform” from “perform” at Oppenheimer, which pointed to improving margins at U.S. restaurants among other factors. DoorDash gained 2.7% in premarket trading.

Okta (OKTA) – The maker of identity management software jumped 3.9% in the premarket after Guggenheim upgraded the stock to “buy” from “neutral.” It called the stock’s current valuation “too compelling to ignore.”