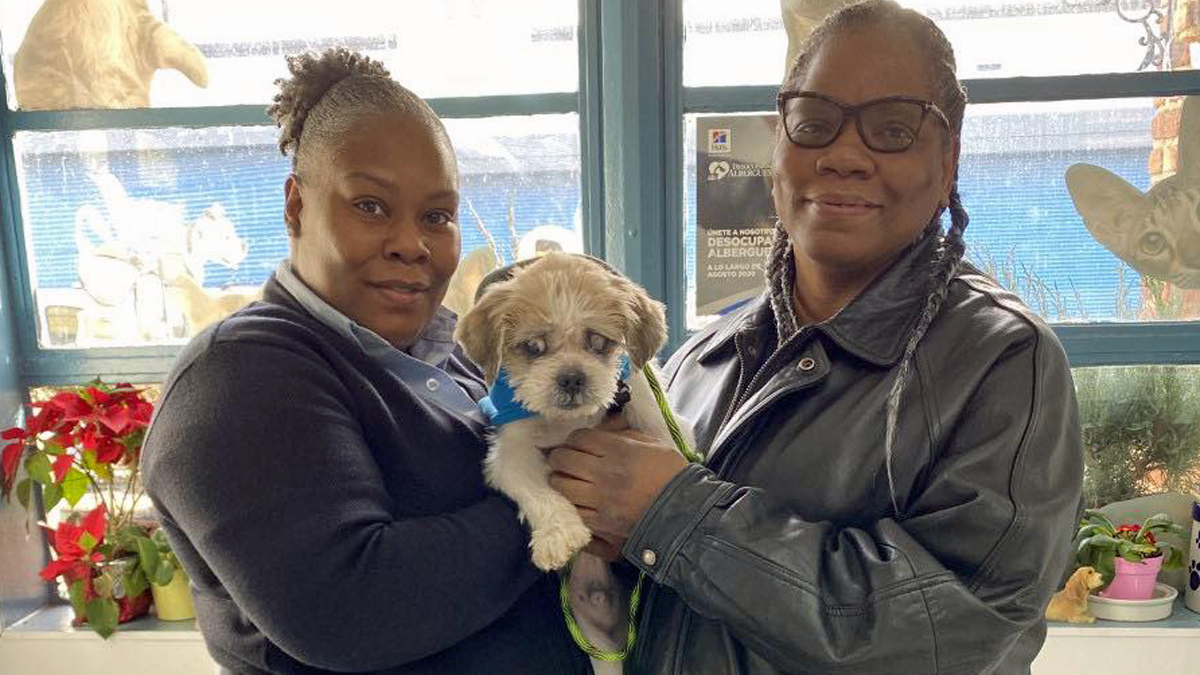 A Shih Tzu who was stolen from its owners in 2017 has been reunited with them, thanks to a New Jersey animal shelter that took the dog in and scanned its microchip.

The Associated Humane Society of Newark says Bandit’s story with them started out in a frightening place: The senior dog was emaciated, had matted fur and was overall in pretty bad shape. Bandit needed a lot of help — and got it at the New Jersey shelter.

But the biggest help of all? His microchip.

AHS-Newark scanned it and found the pooch’s owners had listed him and his associated microchip as missing roughly five years ago. Th

“When we contacted his owners, they were so overjoyed to hear that Bandit, their dog who had been stolen over 5 years prior, was finally found!” the shelter said in an exuberant Facebook post.

Bandit required significant medical attention, including a visit to a cardiologist, during his stay at the Newark shelter. His owners came to visit him daily, the shelter said.

“Finally, the day came when this beautiful boy and his amazing family were reunited at last!” the shelter wrote in the post. “This reunion would have never happened if Bandit’s family had neglected to have him microchipped. That is the reason this happy boy and his family are reunited once again!”

The shelter hopes Bandit’s story will be a helpful reminder to all pet owners about how important it is to get their animals chipped. As AHS-Newark says, “It could be the difference between missing your furry friend their whole life or a beautiful reunion!”

The shelter plans to offer free microchips and vaccines to pets of Newark residents later this month. Check its Facebook page for more details as they become available.