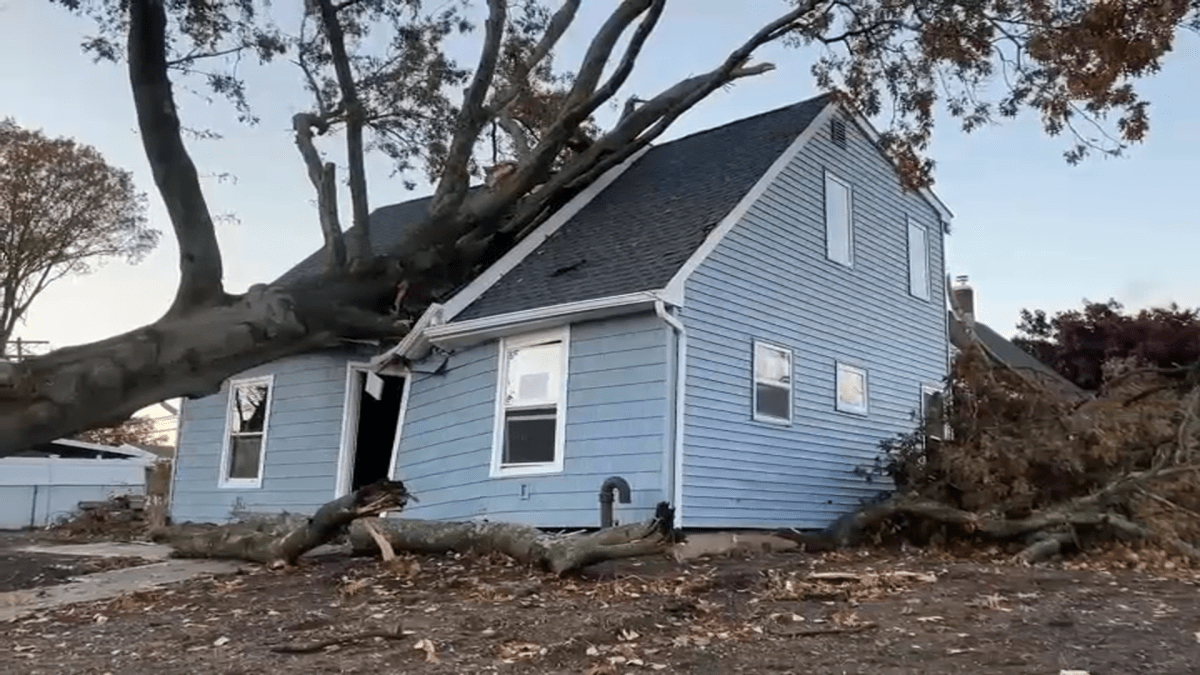 Teams of storm damage surveyors are headed out to Long Island to answer the question many New Yorkers were left wondering Saturday night: did tornadoes topple trees that crushed cars and ripped up sidewalks.

The line of thunderstorms that moved through the tri-state late Saturday triggered tornado warnings for residents of Suffolk and Nassau County. Not long after, strong winds blew through resulting in a surprising amount of destruction.

The National Weather Service is sending storm damage surveyors will visit Suffolk County and parts of southern Connecticut on Sunday to inspect the damage. They’ll visit Mastic and Shirley, in addition to Stonington, Old Lyme, Branford and Cheshire in Connecticut.

In Levittown, where early indications point to a significant amount of damage, a home on Clover Lane was nearly split in two by a large tree fallen on the property. Luckily, no one was home.

The tree was big enough to rip up part of the sidewalk along the front of the property.

The homeowner, who says the house was under construction and unoccupied, couldn’t believe the state of his property.

“I couldn’t believe it. It’s a huge tree, you can see it’s off the slab, it’s crazy. This house has to be completely taken down and started over,” Nick Barberio told News 4.

An SUV parked over on Hilltop Road was totaled after a tree came crashing through the middle of the vehicle.

Elsewhere in the area, winds knocked down a light pole onto a bus in New York City’s Hell’s Kitchen neighborhood.

Love for the Ages Reunion Trailer Teases a Surprising Romance