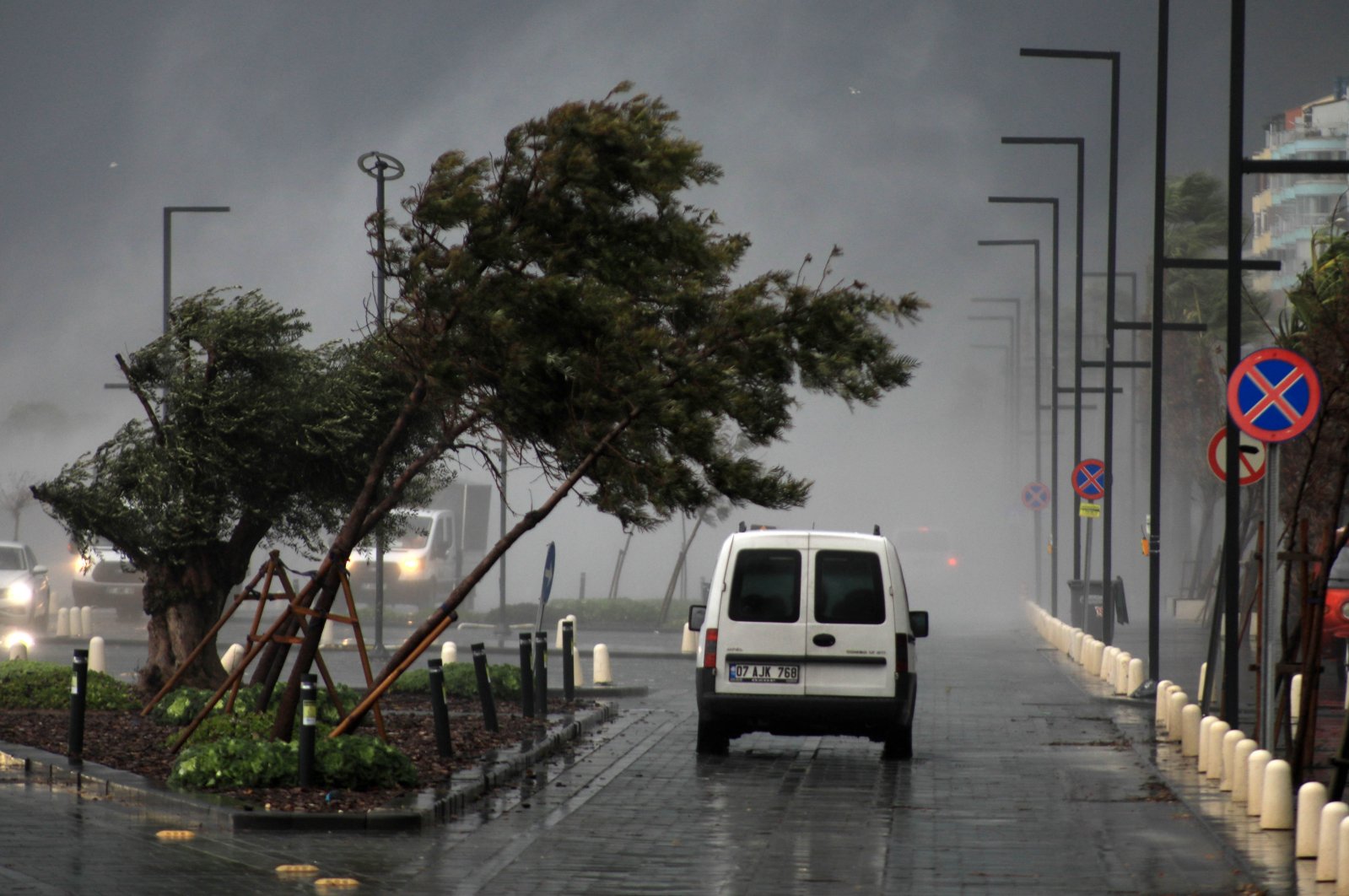 Bad weather set in during the early hours of Tuesday, aggravating by each hour. Heavy precipitation caused minor floods on streets in Antalya where traffic was slowed down. Districts near the sea suffered most. Authorities said winds uprooted trees in Konyaaltı, Muratpaşa, Döşemealtı and Kumluca districts while parked cars were damaged when trees and billboards fell upon them. Some buildings were inundated with floodwaters. Bad weather also disrupted flights, with at least one flight bound for Istanbul was postponed and three flights from Istanbul to Antalya were diverted to airports in Muğla and Konya.

In Muğla, winds and rainfall bore down particularly in Bodrum and Marmaris districts. In Bodrum, winds dragged a huge sailboat to the shore and it ran aground. Businesses located near the coast were washed away by towering waves in Bodrum while some streets were flooded in Marmaris. Off the coast, waters turned into brown when the ashen remains of forests burned during this summer’s wildfires were carried to the sea, along with mud, by strong winds, in Marmaris.

As the winter sets in, Turkey experiences extreme weather more and more, aggravated by a climate crisis. Last month, at least six people were killed when unprecedented storms hit Istanbul and other provinces in country’s northwest.