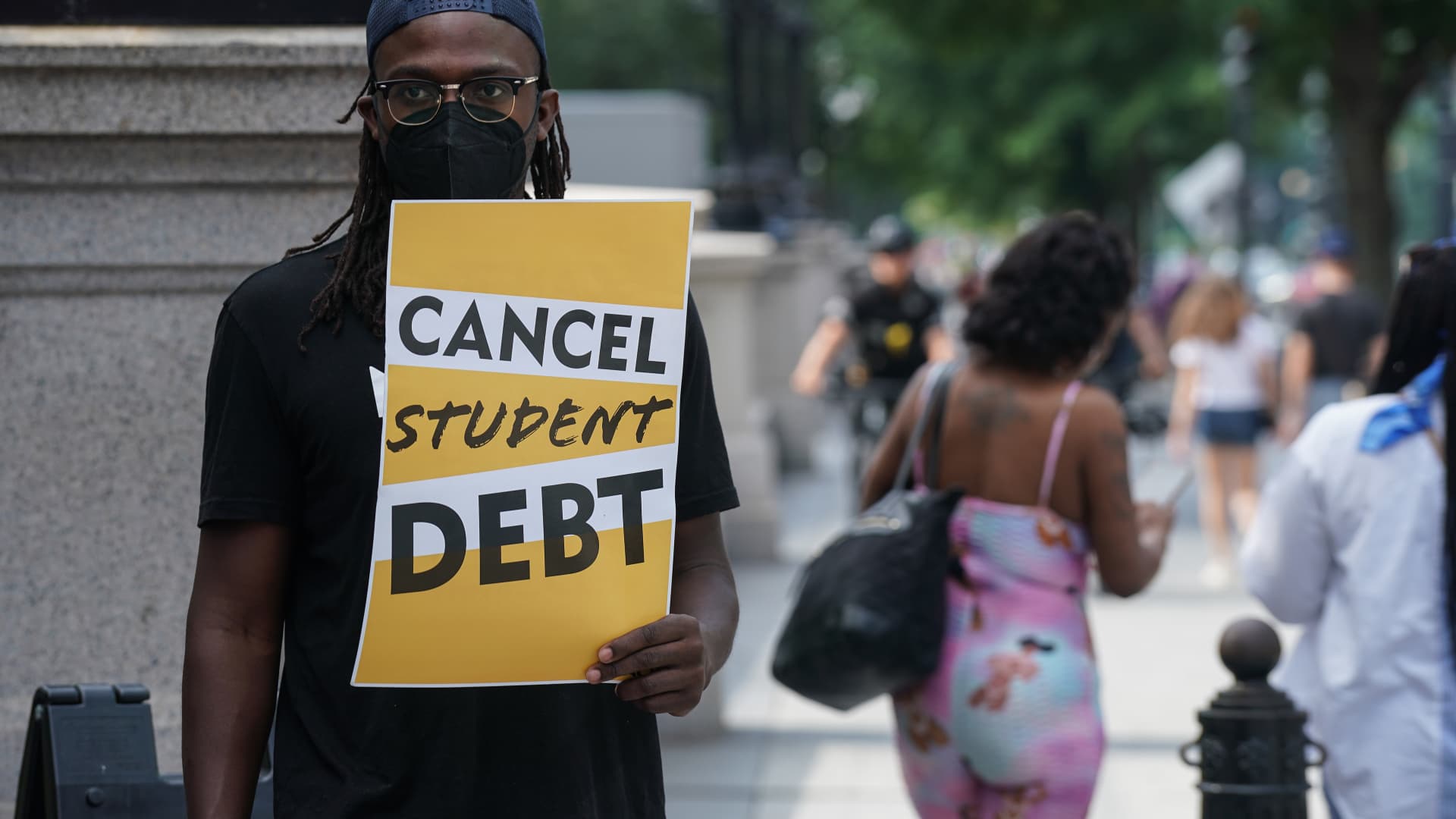 That may be bad news for borrowers, say legal and higher education experts.

“The court’s conservatives have been very aggressive in striking down the decisions of Congress and the president,” said Gregory Caldeira, a political science professor at The Ohio State University. “I would not be surprised if the court invalidated the executive order.”

More from Personal Finance:
Tax ‘refunds may be smaller in 2023,’ warns IRS. Here’s why
Remote work ‘revolution’ is here to stay, say labor economists
The fear of loss can cost investors big-time. Here’s how

“The U.S. Supreme Court is more likely than not to block the president’s student loan forgiveness plan,” Kantrowitz said.

The highest court decided to take the case after the U.S. Department of Justice filed an emergency application asking the justices to lift the injunction on its forgiveness plan that had been issued by the U.S. Court of Appeals for the Eighth Circuit, in St. Louis, at the request of six GOP-led states.

The justices, who will decide whether or not the president’s debt relief policy causes harm to the plaintiffs or is an overreach of executive authority, said they would hear oral arguments in February.

In August, Biden announced that the U.S. Department of Education would deliver student loan forgiveness of up to $20,000 for tens of millions of Americans. The nonpartisan Congressional Budget Office estimates the plan will cost around $400 billion.

Long before the president acted, Republicans had criticized student loan forgiveness as a handout to well-off college graduates. They also argued the president didn’t have the power to forgive consumer debt on his own without authorization from Congress.

Unsurprisingly, the legal challenges poured in. At least six lawsuits have been brought against the president’s plan.

Why the Supreme Court may block forgiveness

For a number of reasons, Urman predicts that the Supreme Court will rule against Biden. He said the conservative justices believe government agencies exert too much authority and “violate the separation of powers.” In addition, he said, the concept of loan forgiveness seems to run counter to their notions of individual responsibility.

Such a politically-fueled decision, however, is likely to further damage the public’s perception of the Supreme Court, Urman said.

Striking down forgiveness will add to growing skepticism that the conservative justices vote for conservatives.

a law professor at Northeastern University

If the president’s plan is blocked, he added, it will be “another example, along with abortion and guns, of the court taking positions that a majority of Americans oppose.”

In a poll conducted by The Economist and YouGov in August, 51% of respondents said they support Biden’s loan relief plan. Around 40% oppose the initiative.

“In the past, the Supreme Court usually ruled in line with public opinion,” Urman said.

Arguments over the limit of presidential power

Beyond the popularity of its debt relief plan, the Biden administration insists that it’s acting within the law, pointing out that the Heroes Act of 2003 grants the education secretary the authority to waive regulations related to student loans during national emergencies. The U.S. has been operating under an emergency declaration since March 2020.

However, lawyers for the GOP-led states argue that the administration should not be able to use the public health crisis to issue such a sweeping policy.

“The administration is once again invoking the COVID-19 pandemic to assert power far beyond anything Congress could have conceived,” the lawyers wrote in a brief to the justices, pointing out that the highest court previously stopped the White House’s nationwide ban on evictions.

Yet a group of borrower advocacy groups, in a recent brief to the U.S. Supreme Court, said student debt forgiveness was essential to the country’s recovery from the pandemic.

The public health crisis exacerbated the financial difficulties for “borrowers who have, for decades, been at the mercy of a broken student loan system,” they wrote.

Without cancellation, they warned, “working and middle-class borrowers are at substantial risk of default.”

Earthquake in Turkey and Syria: More than 15,000 dead after horror earthquake

3 of Your Fav Disney Franchises Are Getting Sequels: All the Details