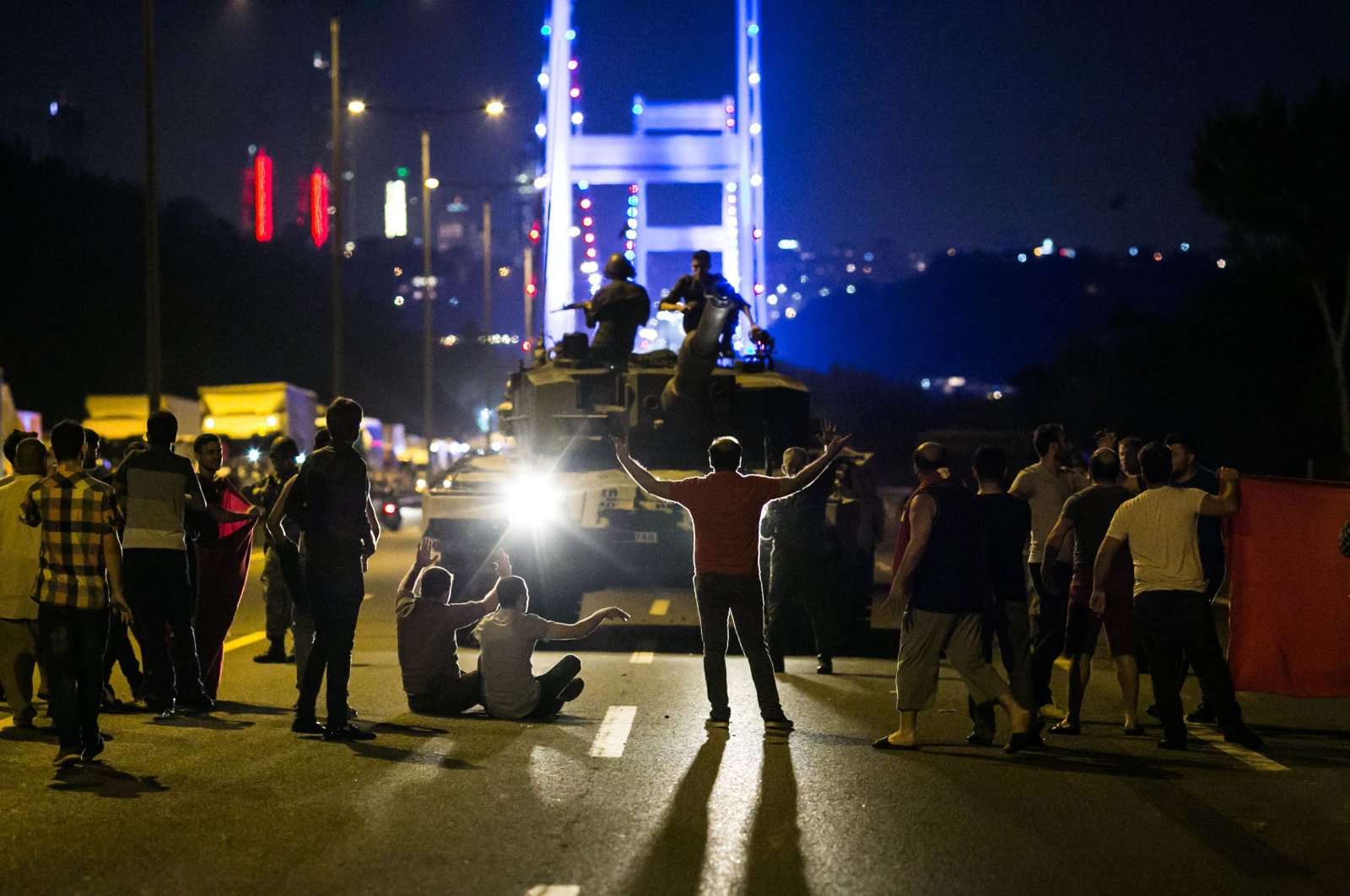 Next week, Turkey will mark the sixth anniversary of a brutal coup attempt that claimed 251 lives. The coup attempt left deep scars on survivors but revived their patriotic senses. It was a rare instance of public resistance against coups in a country accustomed to them.

Six years on, they vividly remember the moments they joined unarmed crowds who had nothing but their bodies to stop the putschists, along with the ubiquitous Turkish flags they carried.

Sedayi Yılmaz was among them. Yılmaz, who lives in the northern province of Giresun, was attending a friend’s wedding in Istanbul when the coup attempt unfolded. Hearing the call of the country’s leaders to get to the streets to stop the putsch, Yılmaz and his friends showed up at Çengelköy square near the wedding hall, facing the putschists taking over a neighborhood near a military school. A bullet hit Yılmaz and lodged in his lung. Doctors told him that a surgery to remove it would be “risky” and Yılmaz decided to “bear it” anyway. “This is my medal of honor,” he told the Sabah newspaper in a recent interview. “We were on the streets so that the traitors would not win. We had no fear that night. We were filled with our love for the country, for the nation,” he said.

Üzeyir Civan lost his left arm when putschists opened fire on a crowd closing a toll road where a military convoy controlled by pro-coup soldiers was driving on Istanbul’s Asian side. “We did not forget July 15 and it is impossible to forget. I am glad that we did not give away our country to those traitors. July 15, 2016, is the beginning of a new era. We taught a lesson to traitors,” he said. Recalling the night he joined the crowd at Orhanlı toll road in the district of Tuzla, Civan says it was a chaotic scene where “shouts of Allahu Akbar (God is great) mingled with gunshots.” “People were shouting ‘we will die for our homeland.’ I could not stand still. I raised my hands in the air and ran toward the soldiers. I shouted at them that they should lay down their arms. I told them we were brothers. In return, they fired at me,” he recalled.