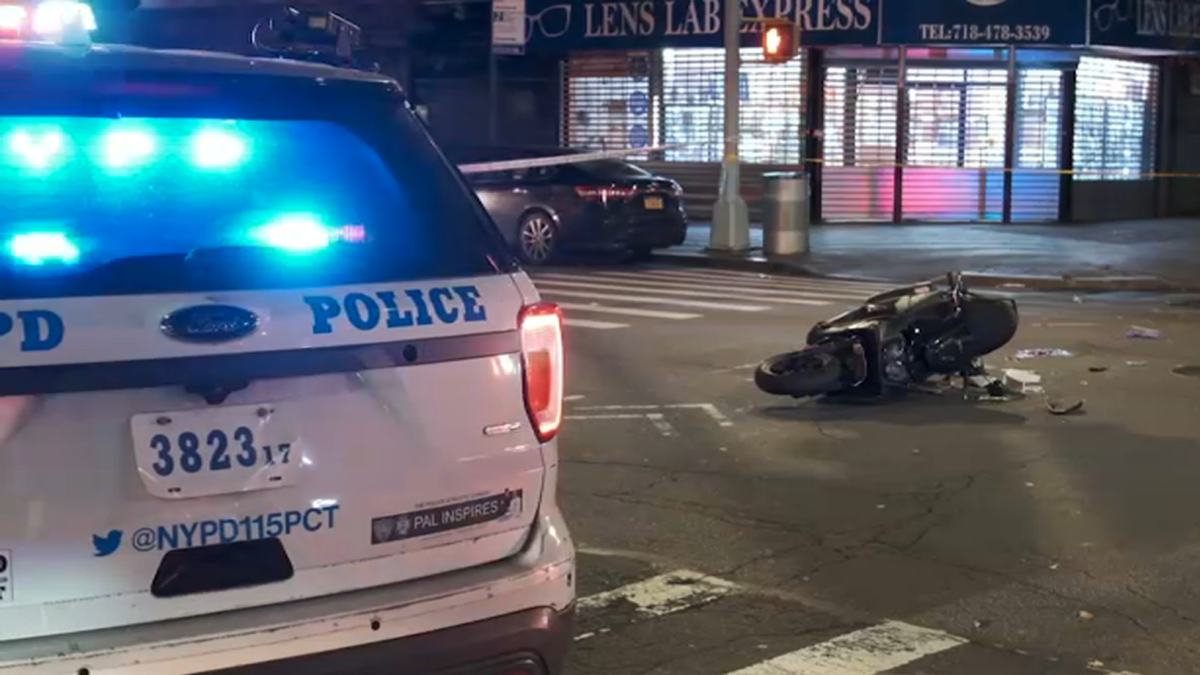 One person is dead and another is behind bars after an alleged drunk driving crash in a Queens neighborhood over the long holiday weekend.

Police said Jackson Heights crash involved a scooter whose driver did not survive the incident.

The driver behind the wheel of a BMW allegedly hit the scooter near 82nd Street and 37th Avenue just before 1 a.m. Saturday morning.

The victim was rushed to the hospital but did not survive the injuries sustained in the crash. Authorities were still working to ID the operator several hours later.

Police said the 24-year-old BMW driver, who remained at the scene, was arrested. He faces charges of driving under the influence and without a license or insurance.