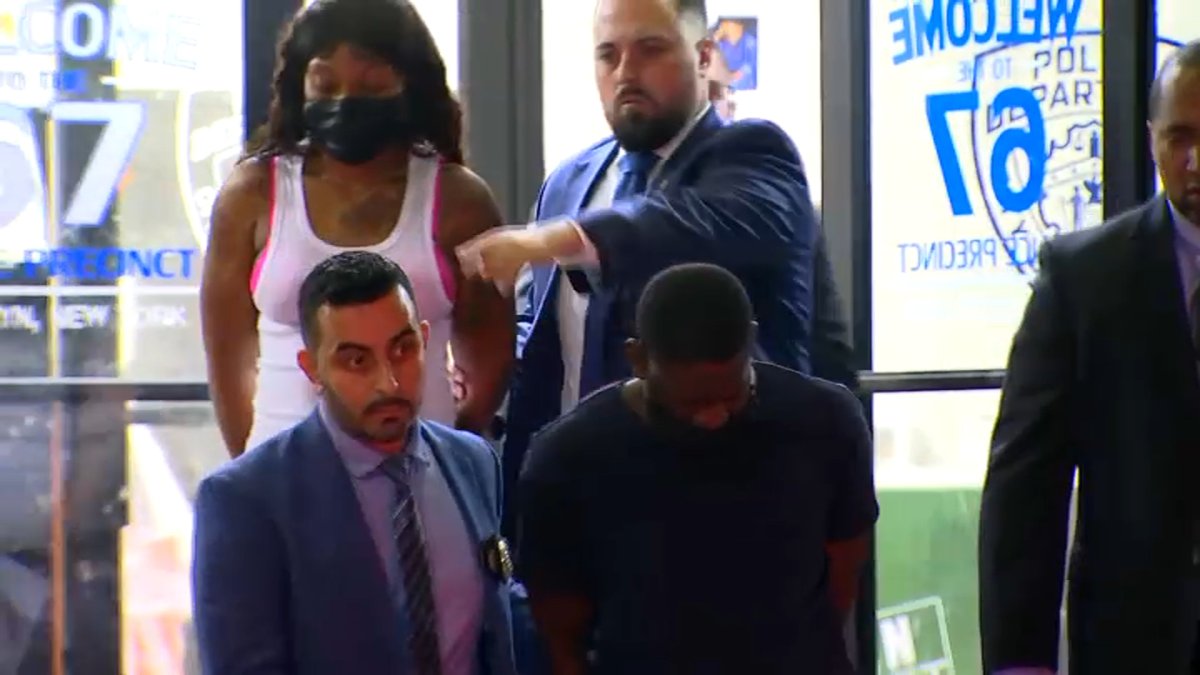 Police arrested two suspects wanted in the deadly shooting of a longtime TSA worker who was gunned down blocks from his Brooklyn home while talking to his sister on the phone.

Richard Barrett and Irene Brown were charged Thursday with murder in the shooting death of 45-year-old Donovan Davy, who worked at JFK Airport for nearly 20 years. Barrett, 34, also faces a weapon possession charge.

Davy ran out for a quick errand in his East Flatbush neighborhood just after midnight on May 29, when police said that Barrett snuck up behind him and shot him in the neck. Davy was taken to NYC Health + Hospitals/Kings County, where he died.

News 4’s Melissa Colorado has new information to share about the TSA worker who was shot and killed in Brooklyn over the weekend.

Surveillance video taken from the intersection of East 35th Street and Church Avenue showed two figures gathering at the corner, before one figure was seen falling to the ground and then one person ran away from the scene. Another camera showed police arriving afterwards.

Davy was just two blocks from the family’s apartment when the fatal shots were fired.

“I got this feeling, like let me just call my brother, because he was taking a little bit too long,” his sister, Poshana Davy, said of the call she made to her brother — the last time she would ever speak to him.

She said that she heard “three to four shots” while she was on the phone with him.

“I ran out to where the sirens were and I ran to see my brother get CPR done to him,” his sister said. “He had no reason to be hit cowardly in the back of the neck.”

Those close to Davy call him a family-oriented person, and a hard worker. His sister said he was looking forward to reaching his 20th year at his job.

Attorney information for Barrett and the 31-year-old Brown was not immediately available. Motive for the shooting was unclear, but the shooting may have been gang-related.