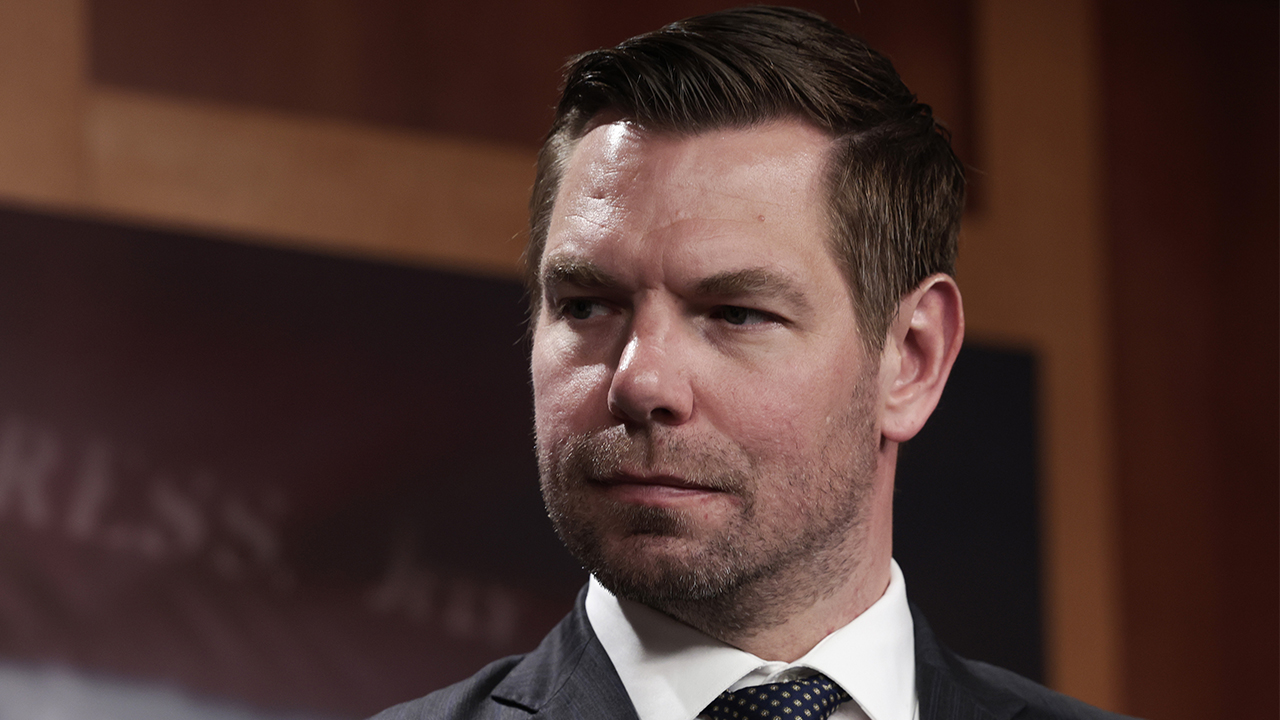 On Friday, Congressman Eric Swalwell, D-Calif., tweeted a not-so-subtle threat to people still supportive of former President Donald Trump after the FBI raided Trump’s Mar-a-Lago home to allegedly recover classified documents he was not authorized to have.

Swalwell warned that those still supportive of the former president have one last opportunity to get “off the Trump train” before it gets “ugly.” Otherwise, they’d find themselves in the “wreckage” as he put it.

Not intimidated, conservatives online blasted the congressman, reminding him of his own alleged romantic involvement with a Chinese spy.

The congressman from California began his stern Friday tweet, stating, “If you’ve been aboard the Trump Train the last 7 years, you’ve been given an unexpected stop. Time to get off. Wherever you think this is going, it’s not.”

Rep. Eric Swalwell, D-Calif., warned conservatives to get off the “Trump train” before it gets “ugly” following the FBI raid on Mar-a-Lago.
(Anna Moneymaker/Getty Images)

“Trump stole Top Secret documents. He’s put a target on the backs of cops. This is getting ugly. Don’t be in the wreckage,” he ominously tweeted.

According to the FBI, “the bureau uncovered classified records from former President Trump’s home at Mar-a-Lago… including some marked as top secret.” Although the former president insisted all of the retrieved materials had been “declassified.”

Media outlets, such as the New York Times, have reported that the FBI is investigating whether Trump violated the Espionage Act.

Former Trump lawyer Jenna Ellis mocked the claims of spying and slammed the congressman, tweeting, “The Espionage Act?! If ANYONE is guilty of releasing information that could hurt national security it’s ERIC SWALWELL.”

Conservative commentator Carmine Sabia asked, “But did he bang a Chinese spy? I know someone did but I forget who.”

RedState deputy managing editor Brandon Morse wrote, “This reboot of the Mueller Report is just as bad as the original,” implying that the latest accusations against Trump are equivalent to the debunked Russian collusion allegations leveled at the former president.

The Daily Wire’s Michael Knowles made the same point, tweeting, “’The walls are closing in! We’ve got him now! It’s Mueller time!’”

Conservative commentator Pete D’Abrosca dismissed Swalwell’s claim entirely, tweeting, “Lmao yeah that’ll never happen.” He subsequently posed the question, “If we’re the ones who are in trouble why are they the ones who seem so desperate?”

Conservatives responded to Swalwell’s tweet, reminding him of how he allegedly had a romantic relationship with a Chinese spy.