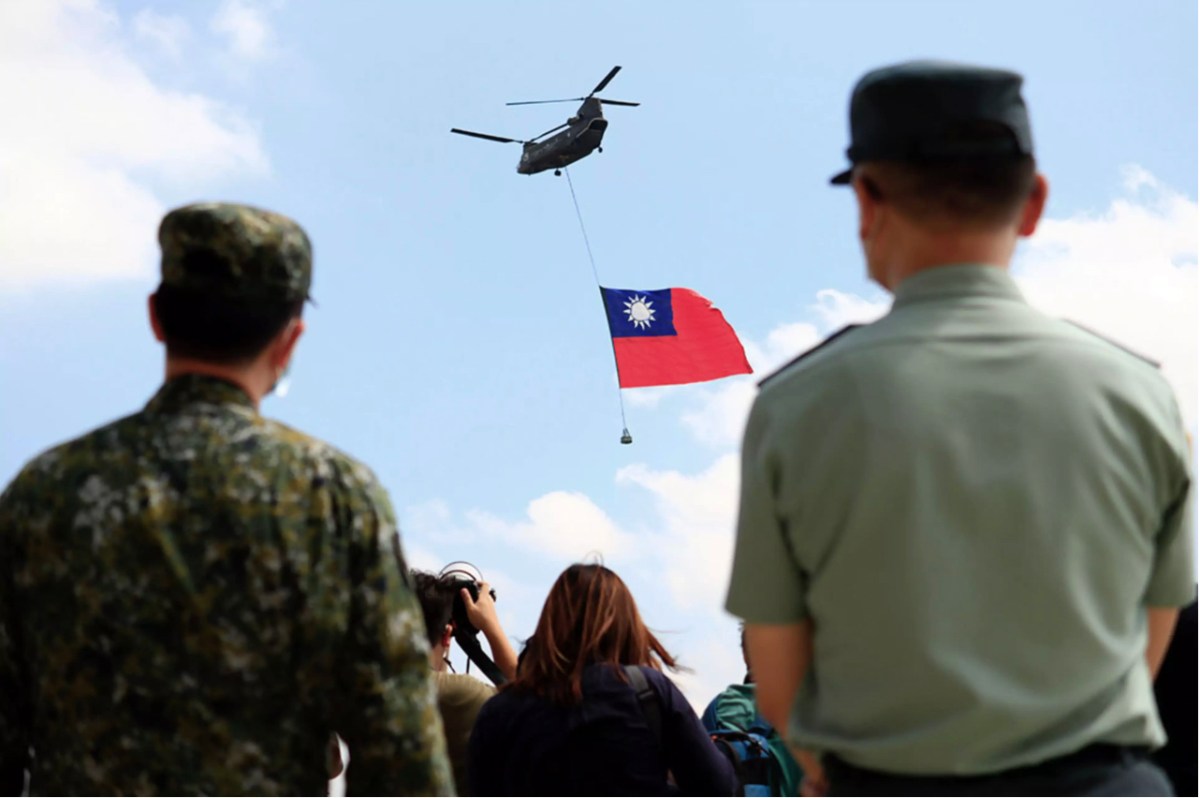 Following Russia’s invasion of Ukraine in late February, Taiwanese polls indicated that, should the People’s Republic of China attack Taiwan, 74% of Taiwanese citizens were willing to defend the island. The question is not if they will fight, but rather how prepared they are.

In Taiwan, all men are conscripted into the military. But the period of service has been shortened in recent decades – from the original two years to one year as of 2008 and now, since 2018, to just four months.

Yet, with the Ukraine invasion and the Chinese military drills following US House Speaker Nancy Pelosi’s August visit to Taiwan, the reality of war is inching closer. Taiwanese Defense Minister Chiu Kuo-cheng said in late March that Taiwan is considering extending the compulsory military service.

If Taiwan is truly committed to defending itself against the People’s Liberation Army, discussions should consider not only duration but also how to reform the activities associated with conscription. To learn more, I spoke with young Taiwanese men about their experiences in the military and problems in Taiwan’s defense.

A shared pessimism, a fractured relationship

The interviewees included some men who had served the standard four months of military service and some who had completed the 12-day replacement service – an alternative option for men who have physical or mental health issues, dependent families or low-income households.

Replacement soldier service is fairly common: In 2021, 17% of men from Kaohsiung City enlisted in the replacement service instead of the standing military reserve service.

Within this cohort, there is a shared sense of pessimism. “If we had to be on the frontlines, we definitely did not have enough preparation. People just didn’t take it seriously,” one said. That is a sentiment that all the men seemed to share.

Where did this “unseriousness” toward conscription arise and how does Taiwanese society reinforce it?

There are some fixable but neglected problems reflected by my interviewees: broken practice equipment, 50-year-old guns, prolonged periods of sitting around doing nothing.

Society as a whole also does not prioritize military readiness. “The way people talk about the military just doesn’t feel that serious,” one of the men reflected. “People liken it to summer camp, or something to do between summers in college. If you took it seriously, it’s almost funny.”

For young Taiwanese men in the military, there is a jarring cognitive dissonance between their political and military stance.

Men in the military tend to be vocally against Beijing, Xi Jinping, and the People’s Liberation Army. In 2020, the Pew Research Center observed that Taiwanese between ages 18-29 are less likely to support closer economic or political ties with China when compared with their older counterparts.

However, anti-PRC sentiment does not motivate these men, or the wider society, to make sacrifices to defend their republic, nor does it translate into increased alertness toward PRC threats or investment into defenses.

In the military, an invasion by the PLA “is never a topic of discussion,” one interviewee said. Another lamented, “Of course, everyone knows that the threat from China has always existed, but they think that it’s only in the news. They don’t know that it’s coming.”

For one thing, the bias toward optimism clouds understanding of war. Taiwan clings to the hope that the PRC will not invade – or that, even if it did invade, the United States would break its strategic ambiguity and come to Taiwan’s rescue.

In a survey done by the Taiwanese Public Opinion Foundation, 51% of respondents replied negatively to the question “Do you think China will invade Taiwan at any time?” Only 39% of respondents expected an invasion.

Secondly, we see the stigma against occupational soldiers in a popular idiom, “A good man does not become a soldier, and a good piece of metal does not hit a nail.

This stigma is a byproduct of a fractured relationship between the military and the Taiwanese public that dates all the way back to 1949, when the Kuomintang (KMT) fled to Taiwan from the Chinese mainland and began its military occupation as the de facto government of Taiwan.

Modern-day Taiwan looks very different from the repressive, authoritarian regime that ruled the archipelago until a few decades ago. Taiwan’s road to democracy and investment in transitional justice has reformed many once-authoritarian institutions, making Taiwan a leading democracy in Asia.

The invasion of Ukraine shocked Taiwan, and the world. Analysts, policymakers and netizens often ask, “Is Taiwan next?” A more productive question would be: What can we do to make Taiwan prohibitively costly to invade?

Not only should citizen soldiers have a longer and more intense conscription service, Taiwanese culture should shift to recognize the threat of invasion.

Critics should not interpret efforts to change the duration and quality of Taiwan’s military as an attempt to transform the liberal democratic country into a military regime. Instead, it is a way to signal to Beijing that the risks of invading Taiwan will outweigh the gains.

Taiwanese men should walk away from their service feeling more confident in their country’s defense system after going through rigorous boot-camp training.

Even more importantly, Taiwanese civilians should feel that their military will protect them. Besides improving conscription services, the Taiwanese military should also consider establishing short-term, low-commitment courses for civilians.

Private companies in growing number already have taken the initiative in teaching civilians the basics of surviving war and using weapons.

The military can use this opportunity to build a stronger bond with the public and also lead and supervise disseminated information for a territorial defense force much like Ukraine’s “weekend warriors” prior to the 2022 invasion.

Taiwan’s future is not set. However, China’s military capacities are growing, making Taiwan’s need for deterrence ever-pressing and imperative. Taiwan must develop and fortify its defense units, starting from civilians and conscription soldiers.

This means more than buying new weapons, building asymmetric capabilities or lengthening the period of conscription. Taiwan needs a whole-of-society approach to preparedness, and must internalize Ukrainian President Volodymyr Zelenskyy’s speech a day before Russia’s invasion: “When you attack us, you will see our faces, not our backs.”

Claire Tiunn (Chang) ([email protected]) is a research intern at Pacific Forum and a politics and Russian and Eastern European studies double major at Pomona College.

This article was originally published by Pacific Forum. Asia Times is republishing it with permission.