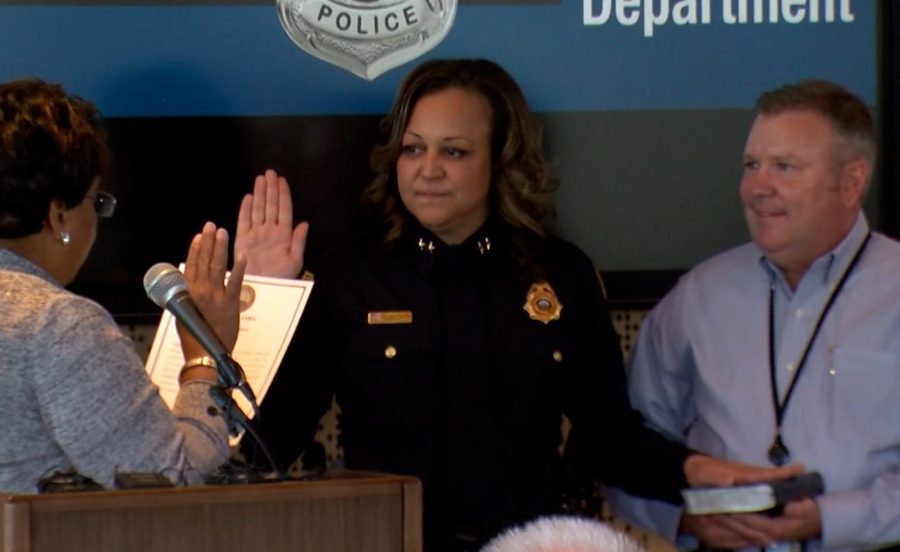 TAMPA, Fla. (WFLA) — From the moment Tampa Mayor Jane Castor nominated Mary O’Connor as Tampa’s top cop, there were complaints from the community and city council.

That was back in February. 8 On Your Side has reported on the concerns all along. Now, Investigator Mahsa Saeidi explains how we got to this point.

The exchange between Tampa Chief Mary O’Connor and a Pinellas County deputy sparked a resignation.

The incident, which happened on Nov. 12 was captured on body camera video that showed O’Connor flashing her badge to get out of a ticket.

Years ago, in 1995, there was another traffic stop involving O’Connor. As a rookie, she was arrested for battery on a law enforcement officer. Earlier this year, 8 On Your Side found the incident mentioned in O’Connor’s personnel file.

Documents said O’Connor became “loud and argumentative” while in the passenger seat of the stopped car.

She had to be restrained.

O’Connor reportedly “began kicking the windows” and even punched the deputy in the chest. A month later, she was fired from the force. However, the following year she was “reinstated as a police officer.”

Paperwork said O’Connor would be a “probationary employee” for a year. According to her file, she didn’t get in trouble that year or in the years leading up to her retirement in 2016.

Some in the community questioned if O’Connor, with that one blemish on her record, should be leading the department.

Others within the city council were unhappy with the mayor’s selection process, alleging a lack of transparency.