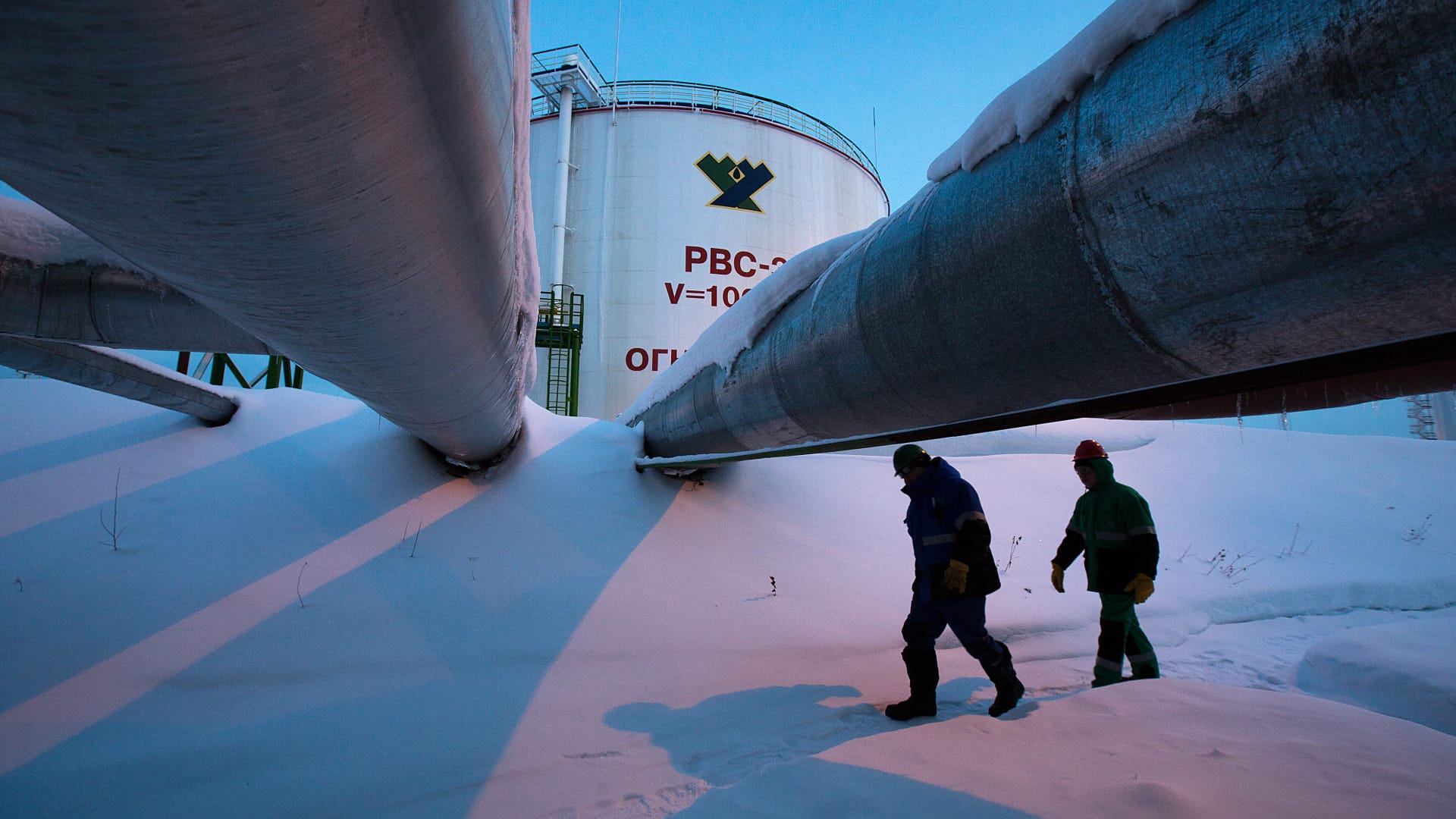 Two tankers were heading to Russia on Monday expecting to be filled with Russian crude as a price cap on its oil exports from a coalition of Western countries went into affect.

On Friday, the European Union agreed to cap Russian seaborne oil prices at $60 a barrel, aiming to limit Moscow’s revenues and curb its ability to finance its invasion of Ukraine.

Russian President Vladimir Putin and high-ranking Kremlin officials have repeatedly said that they will not supply oil to countries that implement the price cap.

In comments published on Telegram following the cap being agreed upon, Russia’s embassy in the United States criticized what it said was the “reshaping” of free market principles and reiterated that its oil would continue to be in demand despite the measures.

But while Russia is moving forward on its vow to not sell its oil to countries that implement the price cap, it is not being deterred in finding buyers for its oil. The G7 price cap will allow non-EU countries to continue importing seaborne Russian crude oil, but it has to be sold for less than the price cap.

Trade intelligence firm VesselsValue, which tracks the trade of Russian oil, told CNBC that there has been a substantial decrease in Russian crude as European imports with alternative markets instead being sought out.

“This is expected to carry on into December as the strong sanctions begin,” said Peter William, trade product manager at VesselsValue. “Russia has potentially found substitute markets for their crude with both India and China increasing seaborne imports from Russia.”

“When comparing 4Q 2022 to 1Q 2023, the EIA projects a decrease of ~1.35 MM bbl/d vs. OPEC’s forecast of a ~0.85 MM bbl/d decline,” said Rousseau. “The magnitude of the quarter-on-quarter Russian oil production decline could be the difference between a global balance shortfall or surplus in 1Q 2023, and whether or not OPEC+ needs to reduce its production targets again.”

One is the tankers is Minerva Marina, sailing under the Maltese Flag.

The other is the Moskovsky Prospect, sailing under the Liberian Flag, and came directly from Bombay, India.

AIS data which tracks vessel traffic is showing a number of tankers in the Black Sea, mainly crude and chemical tankers from Russia which are in transit and have listed various locations as their destinations, including India, the UAE, and China, according to a MarineTraffic spokesperson.

Meanwhile, tanker gridlock is building as a result of Turkey demanding tankers have proof of insurance to travel through Istanbul in the Bosphorus Strait.

Diesel exports from Russia to Europe have up ticked slightly between October and November. The sanctions on Russian diesel exports begin on February 5, 2023.

U.S. liquified narural gas to the EU has fluctuated from a high of 11.48 million cubic meters in April to a low of 7.34 million in September 2022, according to VesselsValue.

“The decrease in USA demand after the winter season may have contributed to the increased exports in April and as other countries look to stock up,” William said.

Andrew Lipow, CEO of Lipow Oil Associates, told CNBC when Russia decided earlier this year to cut off natural gas supplies to parts of Europe, the U.S. stepped in to fill the shortfall.

Crohn’s Disease Changed My Body. Here’s How I Made Peace With My Diagnosis.