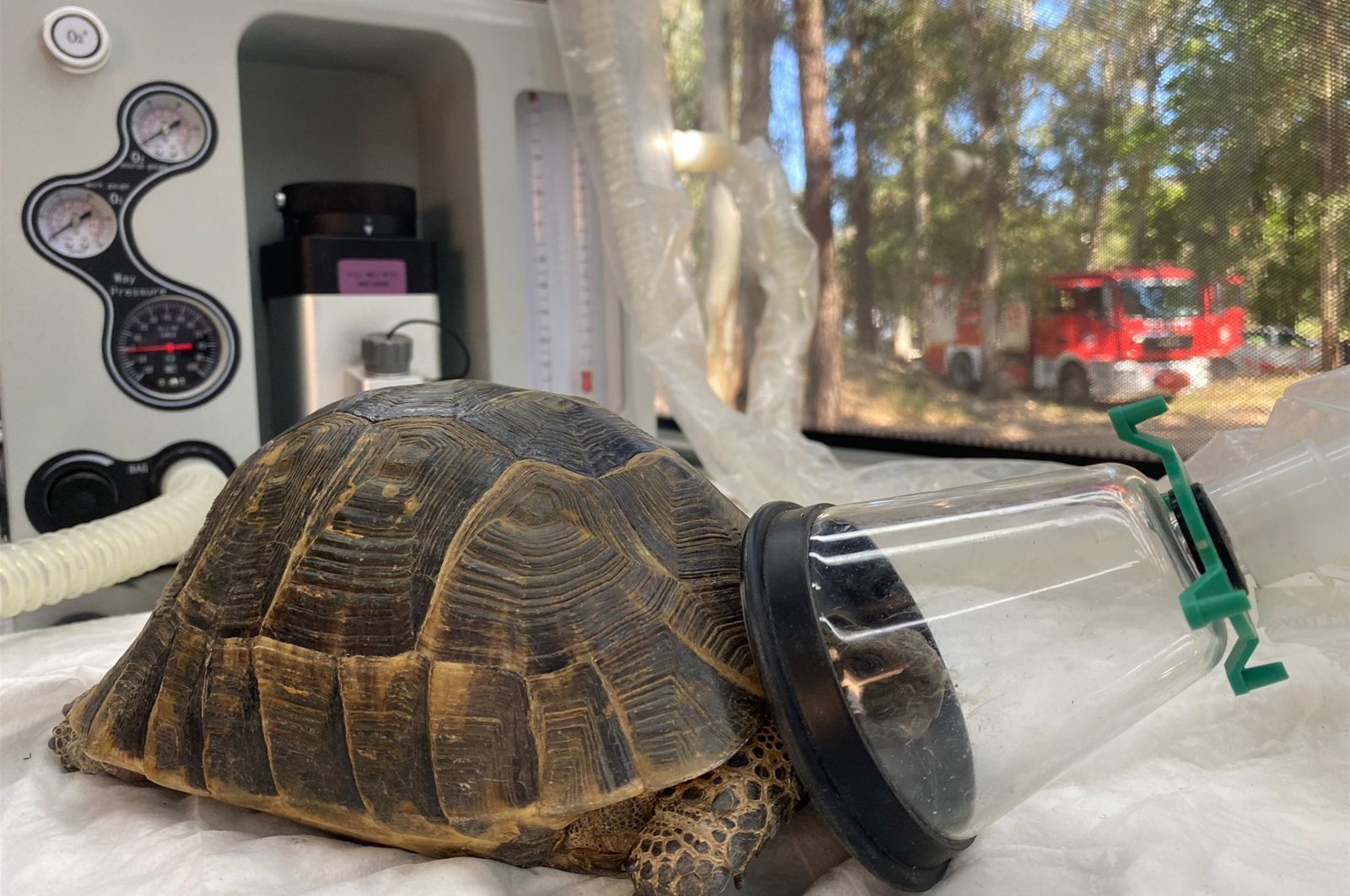 Wildfires not only threaten the lives of humans but also negatively affect the lives of thousands of animals.

A turtle poisoned by carbon monoxide in a wildfire in Turkey’s southwestern resort town of Marmaris was brought back to life Saturday thanks to oxygen therapy.

A team of nine people, including four veterinarians, special veterinary ambulances and vehicles, provided services to the region, according to a statement by the provincial municipality.

Working in coordination with members of the Disaster and Emergency Management Authority (AFAD), Animal Search and Rescue Association, and the Environmental Protection and Control Department in the burned areas, the team found an unresponsive turtle in the forest.

It was determined that the turtle, which was treated at the Vetbus mobile clinic, was suffering from carbon monoxide poisoning.

The resuscitated turtle will be released into its natural environment after it has fully recovered.

The agriculture and forestry minister said Saturday that the wildfire is under control after erupting in Marmaris earlier this week.