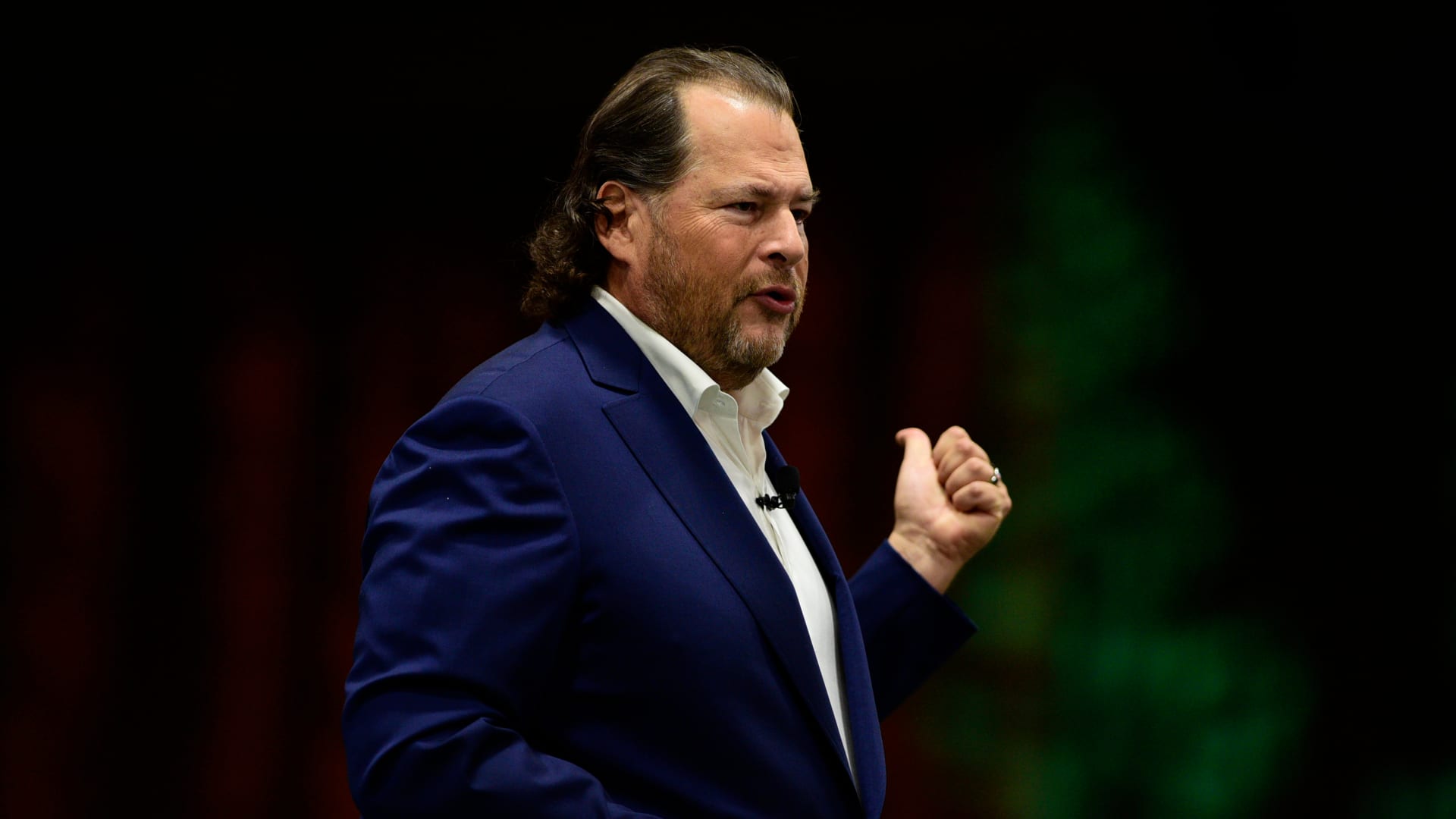 This is the daily notebook of Mike Santoli, CNBC’s senior markets commentator, with ideas about trends, stocks and market statistics. The market continues to eat into the Powell Pop from Wednesday, probing it for staying power and stress-testing the “gentler Fed” scenario for a batch of hotter labor and services data that emphasize the narrowness of the soft-landing path. That captures the interplay of the macro and the market rhythms, though a trader could be forgiven for claiming this week so far is about nothing but the S & P 500 index obeying the downtrend line that’s been in place since the first trading day of 2022: Lower highs after relief rallies, then a rollover. This pattern will break at some point, so a run to the old lows or beyond can’t be assumed. There are better seasonal patterns in play, the Fed is closer to where it’s going than it was last summer, and positioning seems “cleaner” headed into 2023. None of that means a smooth ride from here, but it’s worth keeping in mind. A more deeply inverted yield curve is screaming that the macro data today (jobs, wages, ISM services, inflation) are forcing the Fed to stay vigilant, even as pockets of deep weakness/vulnerability (housing, manufacturing) raise the risk that the Fed will manage to suppress inflation but perhaps the hard way — by buckling the broader economy in the process. The recession call is “undisprovable” and will remain so for a time, but professional investors know that by the time a recession is evident/declared the market has done most of what it needs to do to price it in. Which is why it’s become popular for strategists to predict a “down then up” path for 2023 (first have slide on earnings/macro weakness, then a comeback). This is where Morgan Stanley, Goldman Sachs, UBS and others are, and arriving at a pretty lukewarm overall forecast. This market has plenty of issues, but excessive optimism across the Street isn’t one of them. Ned Davis Research captures these scenarios by plotting what one would expect (based on a blend of past cycles) if October were the low of a non-recession bear market, and then what history says the market might do in a recession that sets in early next year. The first hypothetical captures the typical first-half strength of a post-midterm-election year, the other doesn’t. Big Tech has done nothing to distinguish itself in the October-November rally in terms of regaining leadership. History says the big overheated leadership group of one bull market usually is sidelined even after the next one starts. Work is being done in terms of pushing down valuations and expectations. Much of high-growth tech is on the wreckage pile. Now the chronically expensive “winners” are being revalued much lower. It happened to Meta and Alphabet, now finally Salesforce is valued in parity with Microsoft after 17 years of extreme priciness. Doesn’t mean either stock is cheap given lower growth profiles, but reckonings are underway. Banks are weak again after a big spill Monday, though they are not underperforming the broad tape. Investors spooked by negative deposit trends and broad consumer-stress scenarios looking into 2023, not to mention cracks in commercial real estate assets (Blackstone REIT outflows, SL Green dividend cut). Things seem OK in the moment (as CEOs are largely saying at conferences this week) but the stocks are captive to macro sentiment. Market breadth is weak but nothing like Monday’s washout. Equal-weight outperforming modestly. VIX is now awake, up near 22, the low under 20 once again acting as a trigger for tactical traders to sell stocks. Won’t work forever but hasn’t yet failed this year so far.