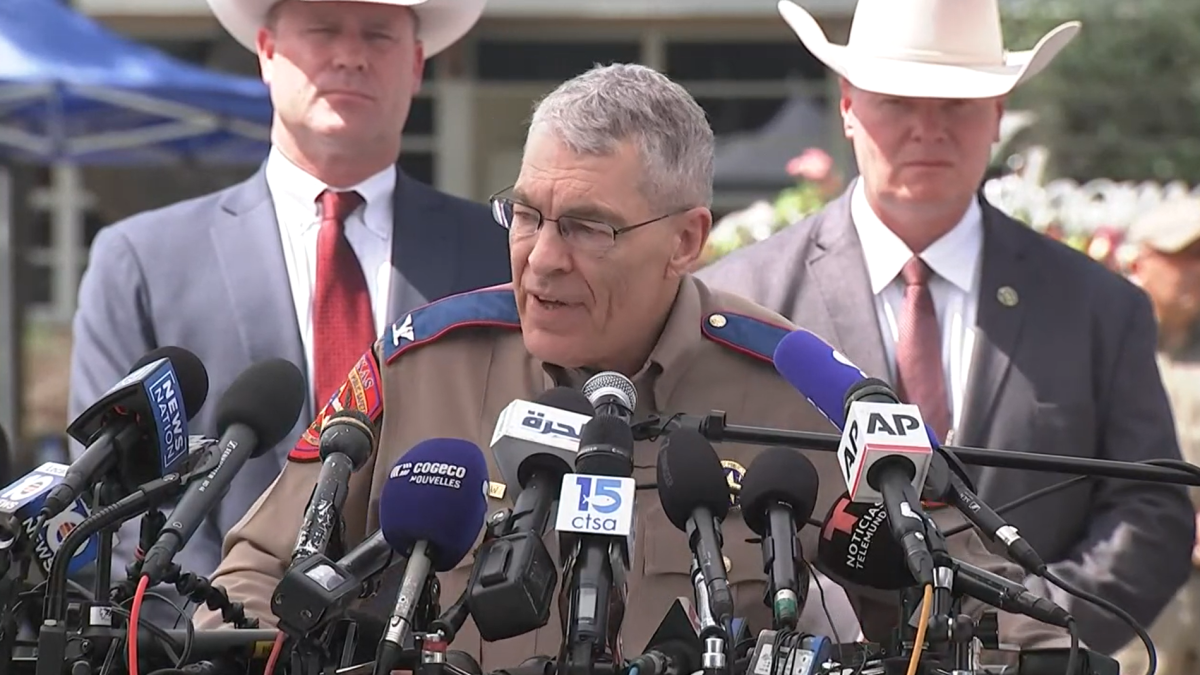 Officials in Texas offered a more detailed timeline of events about the elementary school shooting in Uvalde, Texas, amid mounting public anger and scrutiny over law enforcement’s response to Tuesday’s rampage.

At a news conference Friday, Steven McCraw, director of the Texas Department of Public Safety, said that the door the suspect is believed to have entered was left propped open by a teacher minutes before the gunman crashed his truck outside Robb Elementary School.

McCraw said two local officers first entered the school at 11:35 a.m., two minutes after the gunman, who had barricaded himself inside classroom. He said by 12:03 p.m. there were 19 officers in the hallway, but they did not breach the class door and confront the gunman until 12:50 p.m., when a janitor provided keys.

McCraw said while there was a barrage of gunfire shortly after the gunman entered the classroom, the shots were “sporadic” for much of the 48 minutes that officers sent waiting outside the hallway. He said investigators do not know if or how many children died during those 48 minutes.

The on-site commander believed it was a “barricade subject situation,” rather than an active shooter one, McCraw said, and that the children were not at risk.

“Obviously, based on the information we have, there were children in that classroom that were still at risk,” he said. “From the benefit of hind sight, where I’m sitting now, of course it was not the right decision. It was the wrong decision. Period.”

In all, the gunman shot more than 100 rounds, killing 19 students and two teachers.

Throughout the attack, children repeatedly called 911 from inside the school. McCraw detailed calls from a girl who was inside one of the classrooms where the gunman opened fire during the siege, becoming emotional as he read from a dispatcher’s transcript.

This is a live update. Click here for complete coverage of the school shooting in Uvalde, Texas.

The aunt of a 4th grader who survived the shooting at Robb Elementary School in Uvalde says the 11-year-old smeared blood on herself and played dead to avoid the gunman’s wrath.