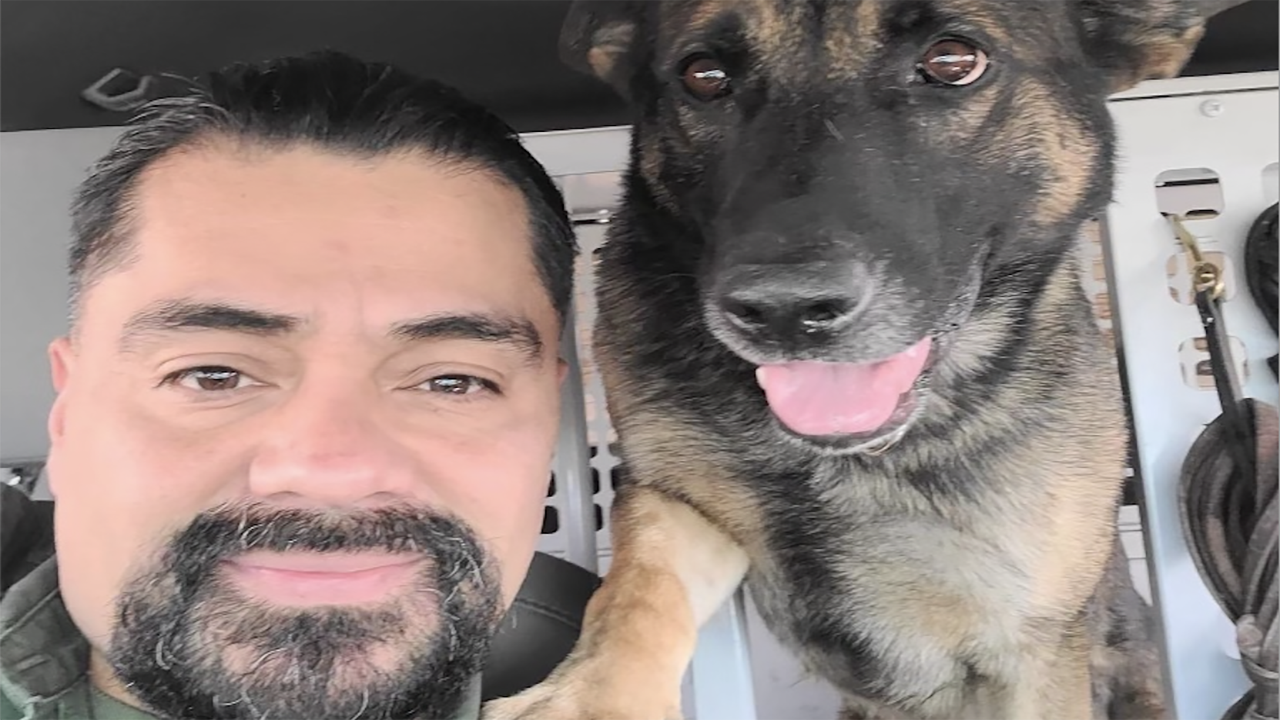 EXCLUSIVE: Border Patrol K-9 handler Freddie Vasquez was called to Anthony, Texas, a small town just north of El Paso in West Texas, Feb. 12, 2021, about four illegal immigrants who had just been stopped in a vehicle by local police.

It was a relatively routine encounter for the 19-year Border Patrol veteran, aside from the fact that it happened during the second wave of the coronavirus pandemic and surging migration levels along the southern border.

About 36 hours later, Vasquez started feeling ill. He was admitted to a hospital for COVID-19 a few days later, then was put on a ventilator within a week.

“Seeing him wasting away — that was just heart-wrenching,” his wife, Inez Vasquez, told Fox News Digital in an exclusive interview. “Prior to all this, he was a person who was very full of life. He was a people person, very social. This man never met a stranger, honestly. He was somebody who could strike up a conversation with anybody anywhere.”

Freddie Vasquez, a K-9 handler with the U.S. Border Patrol, contracted COVID-19 in the line of duty and died in May 2021.
(Inez Vasquez)

Freddie developed pneumonia and died May 8, 2021, nearly three months after battling a disease that has claimed the lives of at least 63 other Customs and Border Protection employees.

“Even with a very real threat of COVID, they did not back down,” Inez said.

“It takes a very special person, and not just Border Patrol. But I think, in general, any law enforcement officer who puts on that uniform, and every time they wear that uniform and go out there, they are the people that run towards danger while the rest of us are running away looking for safety.”

“It takes a very special person, and not just Border Patrol. But I think, in general, any law enforcement officer who puts on that uniform, and every time they wear that uniform and go out there, they are the people that run towards danger while the rest of us are running away looking for safety.”

Freddie’s commitment to his work was exemplified in June 2020, when he saved a woman in danger of drowning in the American Canal, which flows along the Rio Grande near downtown El Paso.

“In the face of great danger and personal risk to bodily harm, you heroically saved the life of a female who otherwise would have perished in the American Canal,” a supervisor said at a socially distanced award ceremony in the summer of 2020.

Freddie Vasquez received two awards for valor after saving people from the American Canal on two separate occasions in the summer of 2020.
(Inez Vasquez)

Freddie did the same thing the next month, saving another person from the same canal in July 2020.

“Even [during] COVID, he was in very close contact with these people,” Inez said. “He knew the risk, and we knew that that was a possibility. But, again, if my husband had the opportunity to do this all over again, I know he wouldn’t change a thing.”

The CBP commissioner and an executive panel reviewed Vasquez’s case and determined that his death occurred in the line of duty since he contracted COVID-19 from migrants at work, giving his family the ability to receive survivor benefits equal to 45% of his salary for Inez and 15% for each of their two children.

For Inez, it was a welcome relief, given that the couple’s two children were just 8 and 10 years old when their father died.

“At the very least, I thought, OK, I was given financial peace of mind through that,” Inez said.

A spokesperson for CBP declined to share any personal records on Vasquez’s service.

Freddie Vasquez’s youngest children were just 8 and 10 years old when he died from COVID-19.
(Inez Vasquez)

As the family started trying to navigate the world without their husband and father, Inez’s world was turned upside down once again in early 2022 when she learned from another Border Patrol agent’s widow at a memorial service that those benefits would actually expire in a matter of years.

Under the American Rescue Plan Act, signed into law by President Biden in March 2021, benefits for surviving family members of federal employees who died from COVID-19 will end on Sept. 30, 2030.

“Now this peace of mind has been ripped away,” Inez said. “We find ourselves trying to fight to keep our benefits like any other surviving spouse who lost their spouse in the line of duty.”

Freddie Vasquez’s youngest children at a memorial for their father.
(Inez Vasquez)

Inez can start drawing from Freddie’s retirement in 2030, but her husband was in his early 40s when he died, and their children won’t be financially independent by the time the benefits expire.

“He was a very dedicated agent. He gave his life ultimately for this country,” Inez said. “But it’s an injustice what’s happening to us at this point, and I know that he would want me to fight for this.”

“He was a very dedicated agent. He gave his life ultimately for this country.”

The Department of Labor, which is responsible for dispersing benefits for federal employees affected by COVID-19, did not respond to a request for comment. Fox News also reached out to CBP as well as the Department of Homeland Security.

In a May 2021 tweet, U.S. Border Patrol Chief for the El Paso Sector Peter Jaquez extended his condolences for the loss of Freddie Inez.

“Today, we will lay to rest our friend and brother, Border Patrol Agent Freddie Vasquez.  We will never forget the impact you have made on our lives, and we will honor your legacy always.  We will miss you Freddie.  Honor First,” Jacquez tweeted.

Paul Best is a breaking news reporter for Fox News Digital and Fox Business. Story tips and ideas can be sent to [email protected] and on Twitter: @KincaidBest.